Stephen McMenamin and his wife, Hanna McMenamin, checked into the Veterans Administration hospital for care last week. (Stephen is a former Marine and was seeking treatment for lower back pain.) But the pair was shocked by what they found.

The man in the wheelchair on the left, were waiting in that waiting room at least 3 hours. The man bent over grabbing the chair, was yelling in pain and was borderline convulsing and almost falling out of his chair he was in so much pain. No one paid him any attention until I approached a nurse to please check on him. This gentleman sat in the waiting room in extreme pain for hours upon hours with very little attention paid to him […] The gentlemen seen in the two photos on the right, came in extremely sick. He could barely walk, sit up, or breathe. My husband had been directed to a chair just off the waiting area because it reclined (my husband was being seen for extreme lower back pain […] The man then asked multiple times for a place to lean back or lay down, and was completely disregarded by the nurse. Eventually after being completely neglected, he laid on the floor.

Facebook users were infuriated by what they saw as an indifference to veterans and a real-life example of the continuing issues at the scandal-plagued Veterans Administration.

RELATED: Trump’s hiring freeze will hit a vulnerable group where it hurts

The images have triggered an investigation into the Durham VA hospital, reports the Daily Mail. Director DeAnna Seekins announced that an employee involved in the incident has been placed under internal review and removed from patient care pending the outcome of the review.

Seekins, in a statement, thanked the McMenamins for their posts, and said actions that amounted to disrespect would not be tolerated. Her statement reads in part: “It is an honor to serve America’s heroes and actions that do not align with our core values will not be tolerated […] We pride ourselves on providing the highest quality care to the Veterans we serve.”

But in private, Hanna McMenamin says the VA has tried to get the photos, which have been shared over 130,000 times, taken down from Facebook. She posted an update on her original post, which reads: “They have asked us again to remove this photo, claiming on of the participants does not want this posted. They claim to have told him his face is blocked out. I am not sure that they actually told him that, and I am sure they did not mention he is not identifiable.”

RELATED: A horrifying death at an Oklahoma VA hospital may lead to criminal charges for neglect 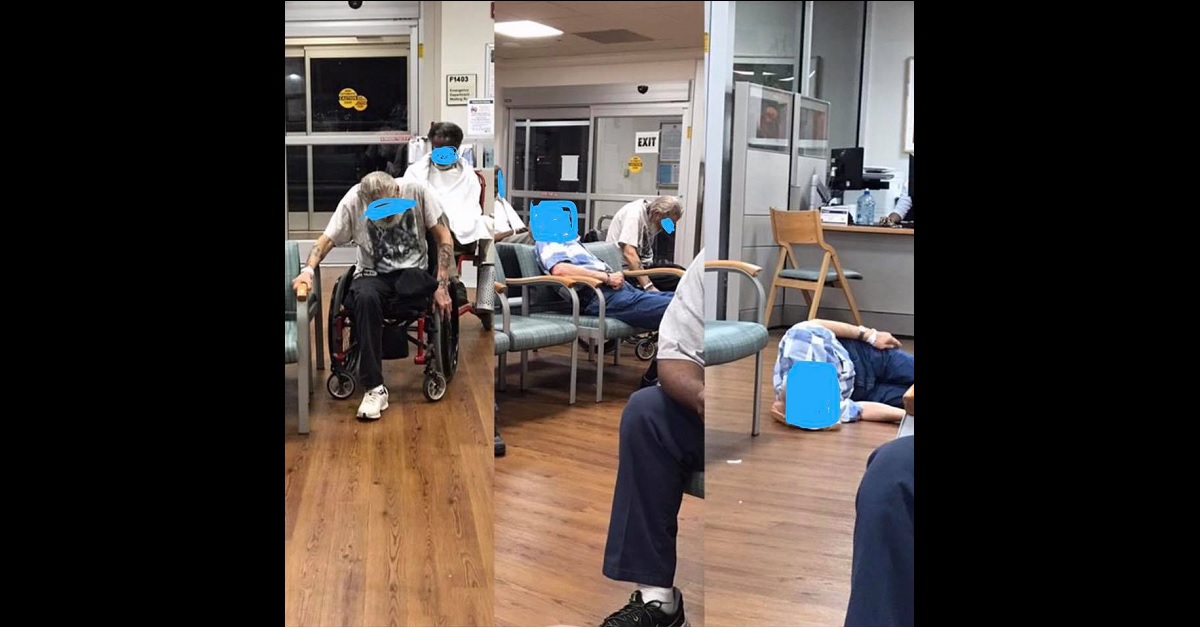