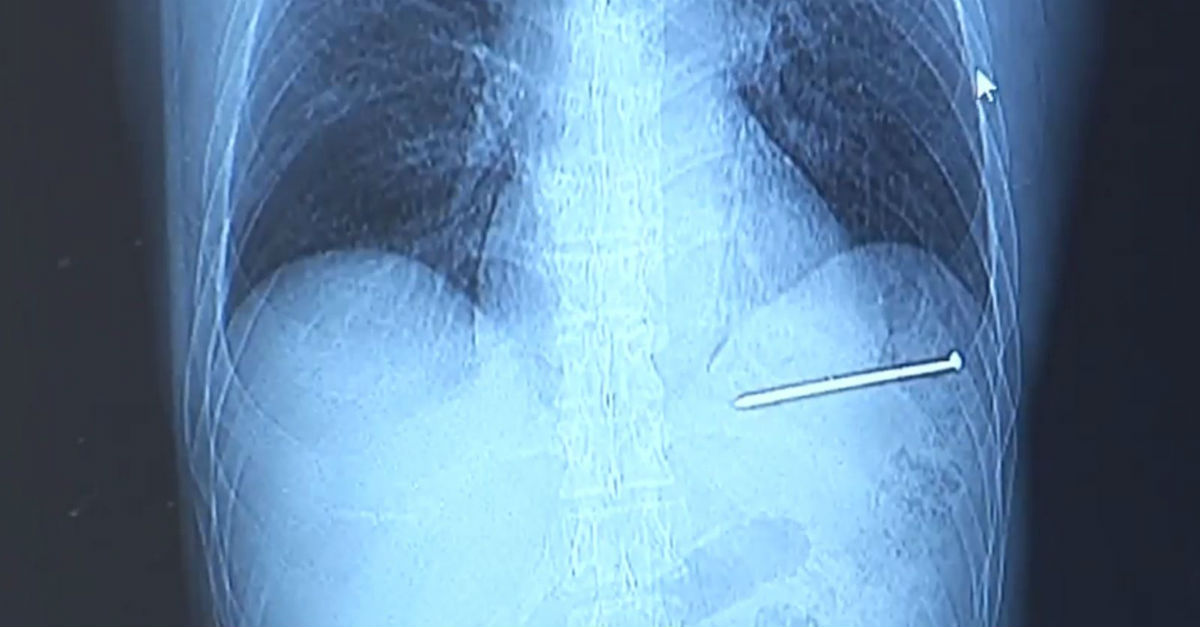 Warning: The images in this article are graphic.

Doug Bergeson is your typical construction worker, except he’s got a story that would make him the man of the year. The Peshtigo, Wisconsin man was working on a fireplace when his nail gun accidentally fired and a 3.5-inch nail sunk dangerously close to his heart. A graphic photo of the image shows just how disturbing the situation was.

Thankfully, Bergeson is back on his farm, but he had a close call. He had to undergo open heart surgery to remove the nail. He explained to WBAY “I was just bringing the nail gun forward and I was on my tip-toes and I just didn’t quite have enough room, and it fired before I was really ready for it, and then it dropped down and it fired again.”

Rather than calling for help, Doug decided to take himself to the emergency. He joked with WBAY, “I felt fine, other than a little too much iron in my diet.”

Hospital staff at the Bay Area Medical Center decided to rush Doug to another medical center where the cardiothoracic surgeon, Dr. Alexander Roitstein, was working. Roitstein was able to remove the nail but noted that “a wrong heartbeat [or] a wrong position” could have been the end for Doug. But he made it out alright and humbly admitted he “must have somebody watching over [him].”