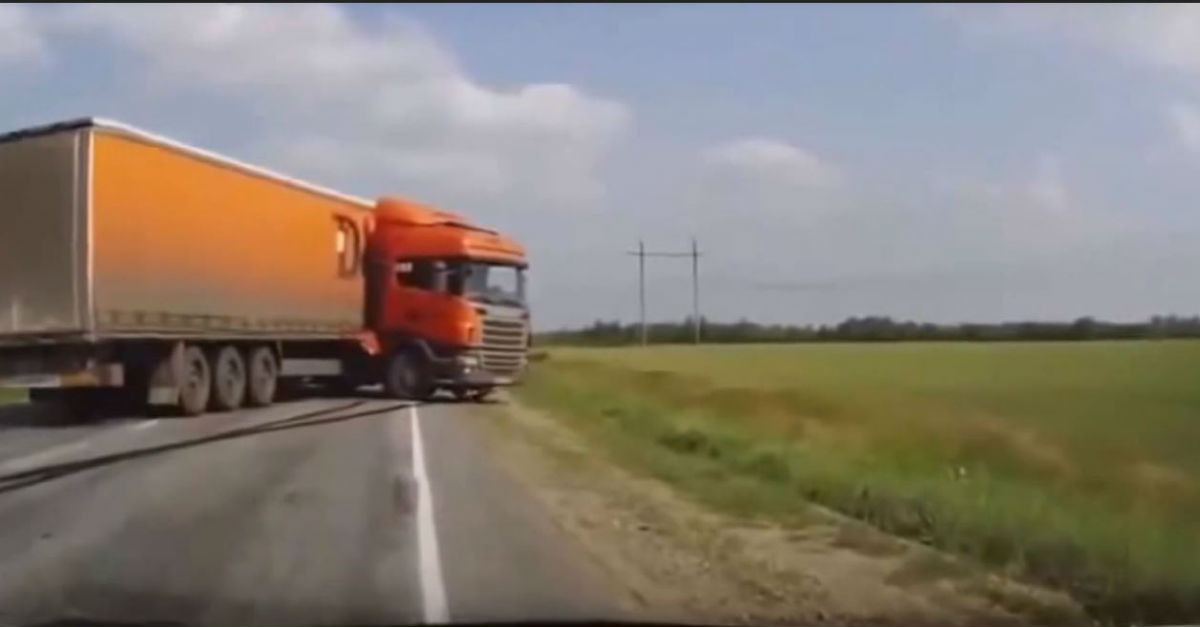 Truckers definitely don’t get enough credit for what they do, and this video proves that sometimes they have superhuman skills.

Throughout the clip, the drivers dodge, weave and just generally badass their way through some pretty testy turns–like the one who takes to the ice to show his chops. But we’re pretty impressed with all of them.

RELATED: A trucker with one of the weirdest chest tattoos of all time is driving the internet crazy with his ink

While we might think of trucking as a United States enterprise, there are actually truckers all over the world, and a lot of them spend time in Asian nations like Russia. And, one of these fellas proved that being a trucker overseas is just as tough as it is in the states.