President Obama addressed a crowd at a Hillary Clinton in Fayetteville, North Carolina, on Friday afternoon.

A Donald Trump protester held up a sign supporting the Republican presidential nominee and had the crowd booing and chanting “Hillary!” in a matter of seconds.

“Hold up!” Obama repeatedly said as the crowd went nuts.

“Now listen up, I’m serious. Listen up!” Obama said as he defended a Trump protester in the crowd. “You got an older gentleman who is supporting his candidate…he’s not doing nothing,” as the crowd laughed. “You don’t have to worry about him.”

“This is what I mean about folks not being focused,” Obama went on to say. 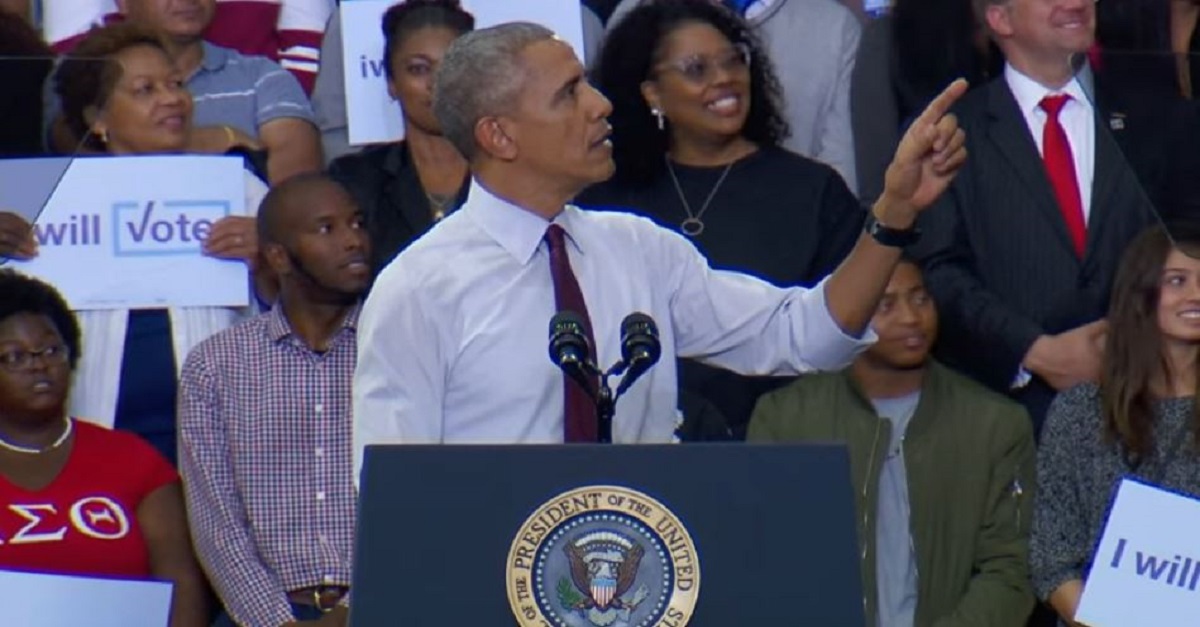