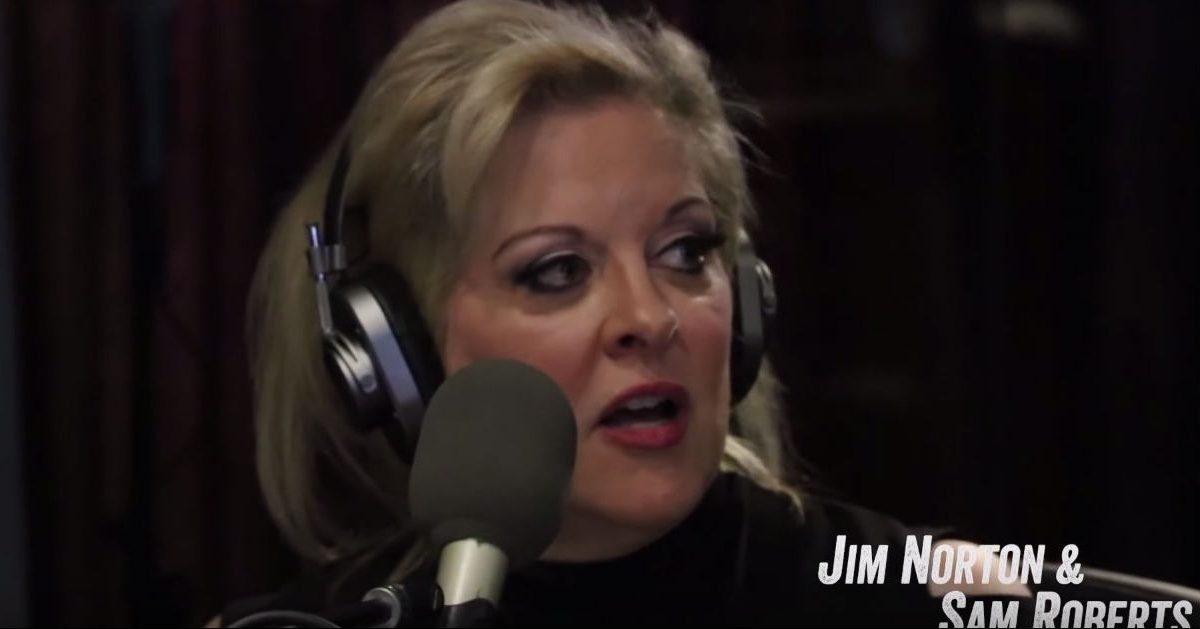 Former HLN host Nancy Grace walked out of a radio show earlier this week after taking offense to accusations that she capitalized on tragedies during her time as an on-air personality.

Grace, a former prosecutor whose current affairs show “Nancy Grace” aired for 11 years on CNN’s Headline News, appeared on the “Jim and Sam” radio show (hosted by Sam Roberts and comedian Jim Norton) to promote her new Hallmark series “Hailey Dean Mystery: Murder and Love,” which is based on her book series.

A minute into the interview, Norton addressed the assumption, held by him and many others, that Grace was “capitalizing on tragedies” and asked her if that was, in fact, the case.

“As a crime victim myself, I guess it?s the way you look at the world,” Grace said. “I invite crime victims on and tell stories from their point of view. I help find missing people. I help solve unsolved homicides. Now, from your point of view, you would say that any news report ? say on ISIS, or the hurricane or a car crash, air crash victims ? is all capitalizing on misery. So you singling out my show is interesting, but I think inaccurate.?

RELATED: Someone created a compilation of Nancy Grace?s biggest TV fails and we can?t get enough

The line of questioning continued throughout the nearly 12-minute interview, with Grace getting increasingly more agitated. It was when Norton asked a question that he posed earlier in the show that Grace had had enough.

“How do you justify latching onto all of these hashtags and things without saying that you are capitalizing on dead kids?”

Grace responded similarly, before ending with, “Oops, I think our time is up.”

This was as close as I came to a Nancy Grace photo-op on @JimandSamShow today- did I say the wrong thing? pic.twitter.com/uukoAQPDjg

In a Wednesday appearance on “The View,” Grace explained why she stormed off the set.

?I thought it was just a morning show. I had no idea I was going to be interviewed by Beavis and Butt-head,? Grace said, adding that she almost cried.

Norton took to Twitter to offer his two cents regarding the interview.

Thank you. For someone who grills people professionally, she really stinks at handling even mild unpleasantness on the receiving end. https://t.co/x1DGTx0aM4

BULLY Nancy Grace referred to @notsam and I as 'Beavis and Butthead'. She's appearance shaming and I demand an apology! BULLY! BULLY!

Several celebrities tweeted their support of Norton and Roberts’ handling of the interview, including Seth Rogen and several current and former professional wrestlers.

Great job @notsam and @JimNorton today!! As for @NancyGrace…"Now go home and get ya F'n shinebox." 👍👊

You were much nicer to her than anyone she had on her show with a different point of view. https://t.co/4CKiepxP3s