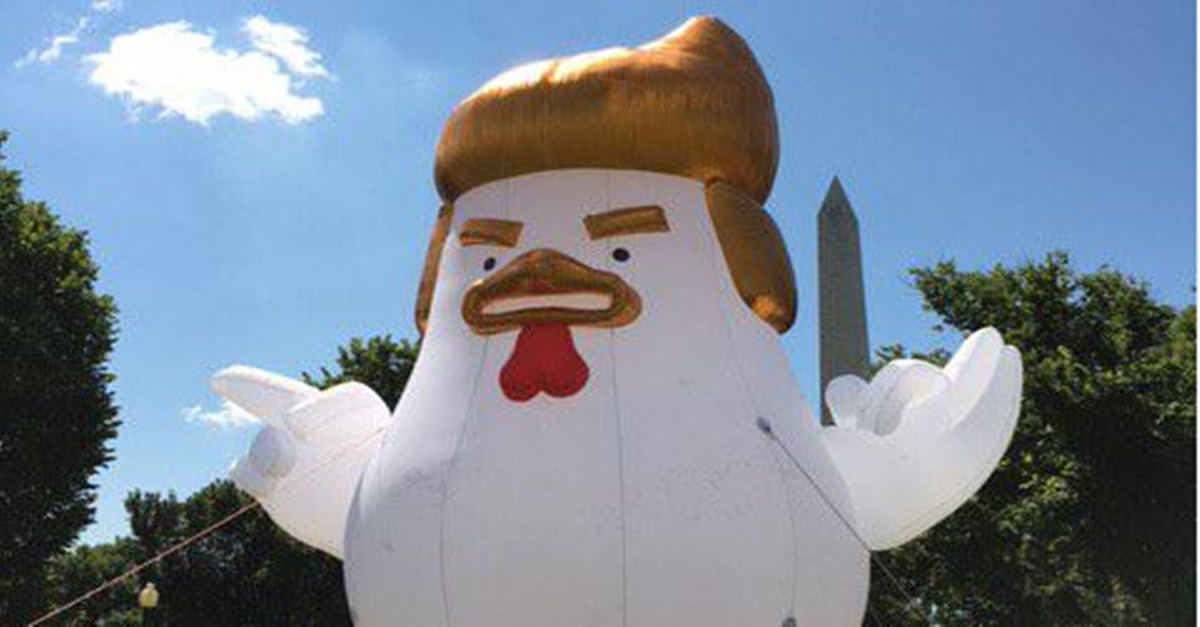 A giant inflatable chicken meant to resemble President Donald Trump, featuring golden hair and making his hand gestures, was set up near the White House by a protester.

On Wednesday, news started circulating that the inflatable chicken had been erected in the Ellipse area by the White House, which is open to the public. The chicken is a replica of a statue that was originally showcased in a Chinese mall. According to The Hill, replicas of the statue have been popping up all over the United States ever since.

Taran Singh Brar, the protester who claimed to have set up the chicken, said he purchased it for $1300 and was using it as a “visual protest” against Trump, telling the Huffington Post’s Philip Lewis, “Trump is too chicken to release his tax returns, to stand up to Putin.”

Taran Singh Brar says he bought it for $1300. It's a visual protest. "Trump is too chicken to release his tax returns, to stand up to Putin" pic.twitter.com/JLohv0yl82

Another Trump as chicken view pic.twitter.com/be3FhqQSjC

30ft Trump chicken inflated behind the White House. Walked over to see for myself. Children(pictured)were kicking it. pic.twitter.com/xqEfOwsyIj

President Trump was not at the White House, which is undergoing a renovation, during Brar’s protest as he is on a 17-day working vacation.