A North Carolina national guardsman went above and beyond the call of duty Monday when he used his own body to shield a woman from an explosion.

Staff Sergeant Cory Hinkle was driving back from his National Guard base in Charlotte, North Carolina, when he witnessed a head-on collision. Immediately, the trained soldier jumped into action and sprinted to the burning wreckage where he pulled 28-year-old Brandy Guin from the vehicle. As the fire reached the gas tank, Hinkle doubled-down on his heroism and used his body to shield Guin, telling her, “It’s going to have to go through me to get to you,” WBTV reports.

Hinkle is used to quick bouts of action that test his character. The Iraq combat veteran explained to The Shelby Star, “I’ve been in the military for 15 years. It’s instinct for me.”

A few days later, Hinkle showed up in the hospital room where Guin was recovering with a broken ankle. He was still wearing his military uniform, and Guin says the moment was an emotional one, recalling, “He and I were crying, and my whole family was.” 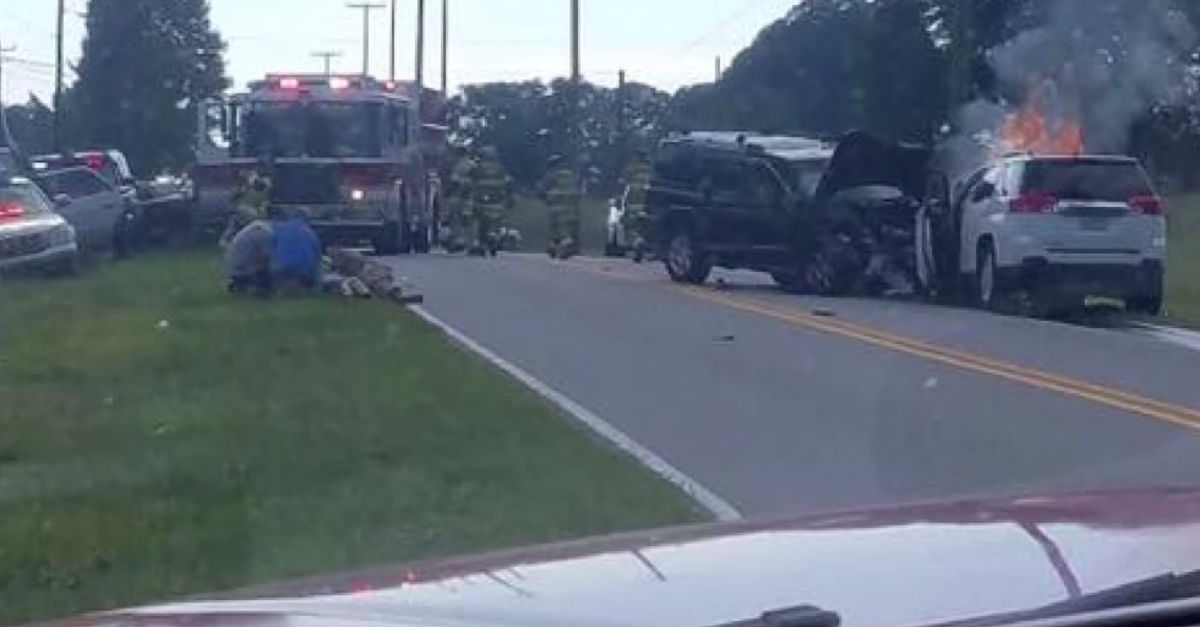