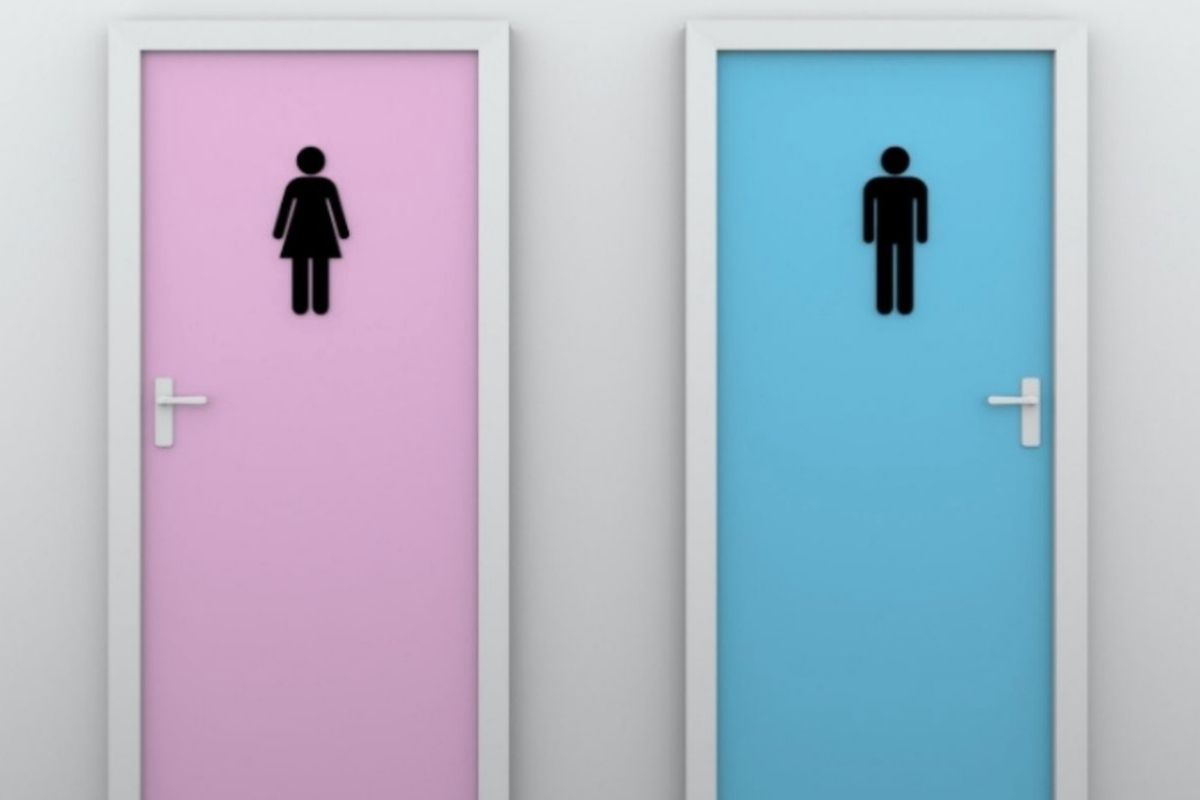 A female high school student has been expelled from her school after she kneed a boy in the groin while he was blocking her from leaving the girls bathroom. The boy, along with six other male students, entered the girls’ restroom at North Pole High School in Alaska to protest a selfie that was taken in the boy’s bathroom by a student transitioning from female to male.

The male students intended to do the same in the girl’s bathroom, which was occupied by the girl. The student expelled and the student who identifies as transgender were not connected in any way, but the female student who was blocked from leaving felt threatened, which is why she used self-defense.

5 Self-Defense Moves Every Woman Should Know

Rep. Tammie Wilson, a Republican from North Pole, criticized the discipline against the student, saying it sent the wrong message to the school and to other girls, warning that they could be punished for simply protecting themselves. Which if you put two and two together, she is technically right. The girl was only trying to protect herself the only way she could.

“If you ever feel threatened for your safety, whatever force you think you have to give, I will stand behind you. And so will your community. Not for those boys who were where they didn?t belong. Was she supposed to not protect herself? She was where she belonged. They were not.”

After being expelled, the female student wasn’t allowed to go to her prom. The seven boys, who have not been named to protect their privacy, were also disciplined but were allowed to go to the school function. The school’s excuse as to why she was expelled was because the school district believes violence “is not acceptable to resolve conflict and doesn’t advocate violence as a means for a student to attain safety.” The school also stated that if a student does use force, they have to evaluate the incident.

Was the Female Student Rightfully Expelled?

@fsdk12 A female student enters a bathroom for girls. 6 boys are present. She knees one in the groin. Why was she suspended? Wait you wanted her to ask if she was about to be sexually assulted first? Were the boys kicked out of school?

In regards to discrimination, the district stated it has a policy of nondiscrimination with respect to gender identity and sexual orientation. School administrators are obligated to provide access to students to restroom facilities that correspond to the gender they identify with and that the students ‘consistently assets’ at school. The girl’s family said the student is appealing the school’s disciplinary action against her at a hearing with the district, scheduled later this week.

This seriously says something about the school system. Not just this school particularly, but all around. The girl got expelled just for protecting herself, for feeling vulnerable and scared, while the boys went home with a pat on their wrist. Shame on them. I’m on your side, girl.