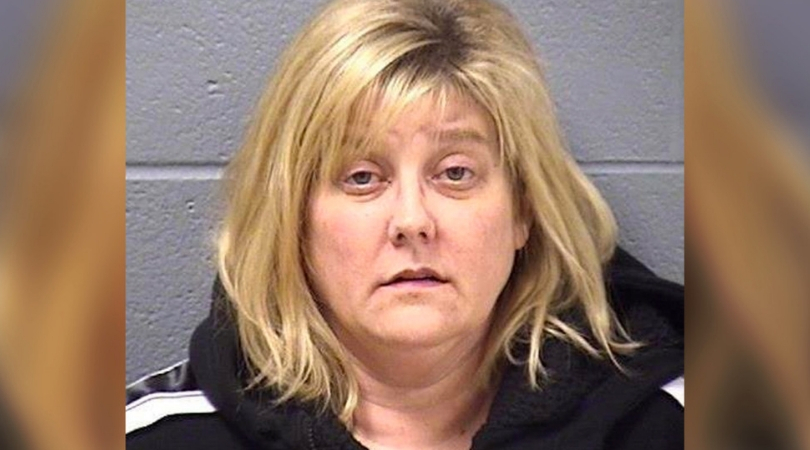 What’s up with teachers having secret affairs with their students? Is this is a thing now? Apparently, that’s what 51-Year-Old Dayna Chidester thinks because she was caught having sex multiple times with a 14-year-old boy. According to authorities, the former consumer and family science teacher at Reed-Custer High School in Braidwood had sex with the boy in different hotels, in her home, and in her car more than 20 times last year.

She was caught by FBI agents and confessed to meeting up with the boy for months. The former Will County high school teacher faces federal child pornography charges for allegedly taking explicit photos of the boy, in addition to sexual abuse charges. Authorities alleged that Chidester and the teenager started their relationship in September 2018, and began engaging in sexual acts quickly after.

The former teacher had resigned from Reed-Custer in Braidwood in January after she was charged with grooming and sexually abusing a 14-year-old boy. According to an affidavit, the teacher told Will County authorities in January that the two engaged in sexual activities twice a week. Court documents showed the victim and Chidester were in constant contact over that period of time. Records showed Chidester sent the teen over 6,200 text messages called him 261 times. The victim then texted her almost 3,600 times and called her 120 times.

Sent the 14-year-old messages and photos and engaged in sex acts numerous times.

After getting a warrant, police found a nude photo of the victim on her phone which shows the boy lying face-up on the floor exposing his genitals. The victim confessed that Chidester allegedly took the photo of him while the two were in her bedroom, after saying he “looked hot.”

Authorities stated the two exchanged other graphic photos as well, and Chidester bought the teen a skateboard and a robe. Administrators at the victim’s high school told authorities that the victim “had a romantic relationship with Chidester’s child,” who also attended the same school as the boy.

So basically, this woman was sleeping with her daughter’s boyfriend. Dinner is sure going to be awkward from here on out. Imagine finding out that your mom has had sex with your boyfriend. Yeah, no. Too much. Still, this woman is doomed since the sexual abuse of a minor charge carries a mandatory minimum sentence of 15 years in federal prison if found guilty.

This article was originally published on September 27, 2019.