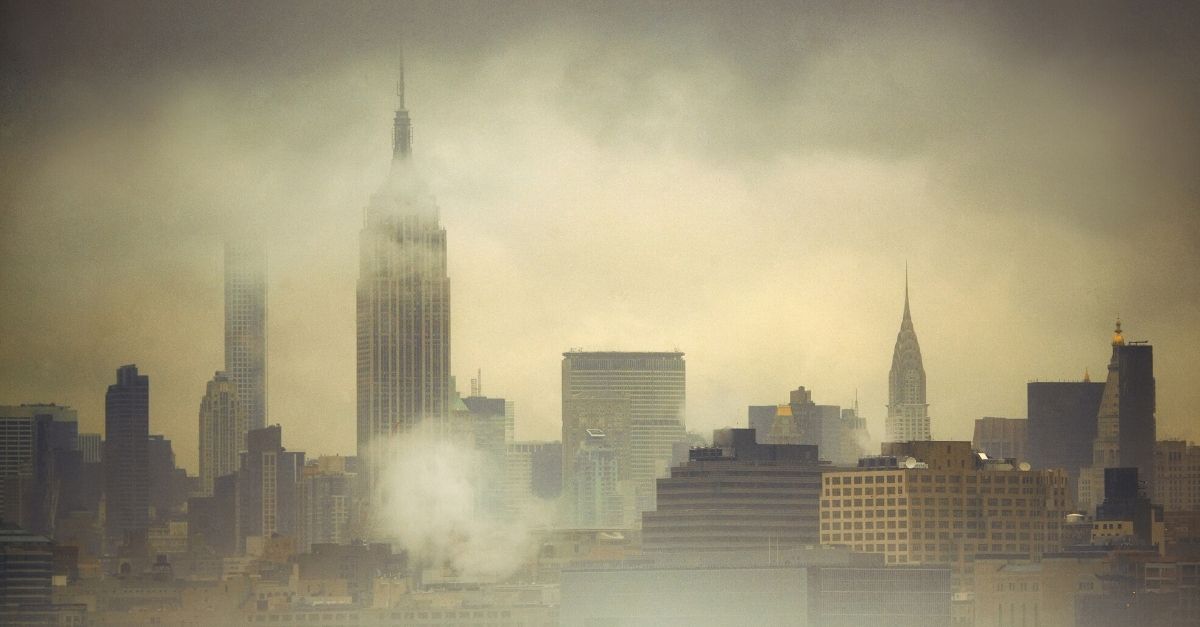 In 1966 New York was drowning in smog. For some, it seemed to be business as usual, it’s the New York air quality, right? But even the city health officials were warning people with any form of respiratory issues to just stay indoors for a while.

Over the 1966 Thanksgiving weekend, an estimated 169-400 people died from air pollution in New York City, according to Gothamist. To date the smoggiest day in the city, the “killer smog” in the air was visible and people were washing the same pair of clothes multiple times a day. Bryan Wilson was ranting about it, Mad Men later talked about it. Some said the horizon was “yellowish.”  It was real. The carbon monoxide and sulfur dioxide emitted mostly from power plants using coal. Some new Yorkers tried to blame the smog emergency on New Jersey. Whoever was to blame, it was a problem. New Yorkers were starting to experience the negative health effect of the city’s air. The leading cause of death was already pulmonary emphysema and chronic bronchitis was on the rise. To make matters more dramatic, this wasn’t the first new York City Smog event. But, it was the most intense.

Donald Trump had recently proposed a budget with cuts to the EPA, the Environmental Protection Agency. The cuts played to the same of about $2.6 billion in effort and employees. Local government officials said it wouldn’t affect the NYC water supply. This didn’t turn out to be the case. Leakage from General Motors and General Electric alike were murky-ing The Hudson River. With acid rain from air pollutants pouring and untreated sewer water going into the harbor, the waterways were fairing just as well as the air was. The aquatic and plant life mirrored human life in the city; it was dying.

If the 1970 Environmental Protection Agency and Clean Air Act hadn’t stepped up when it did, New York and more of the east coast might still barely visible under a coat of deadly smog today. By regulating the emissions from cars, plants, and factories, and garbage incinerators were replaced. The Clean Water Act and other efforts provided treatments for the Hudson River. Years later, in 2007, New York City’s government embarked on its first sustainability initiative, PlaNYC.

Watch: The History of Pacman