A Rare look at the U.S. Presidents: William Henry Harrison 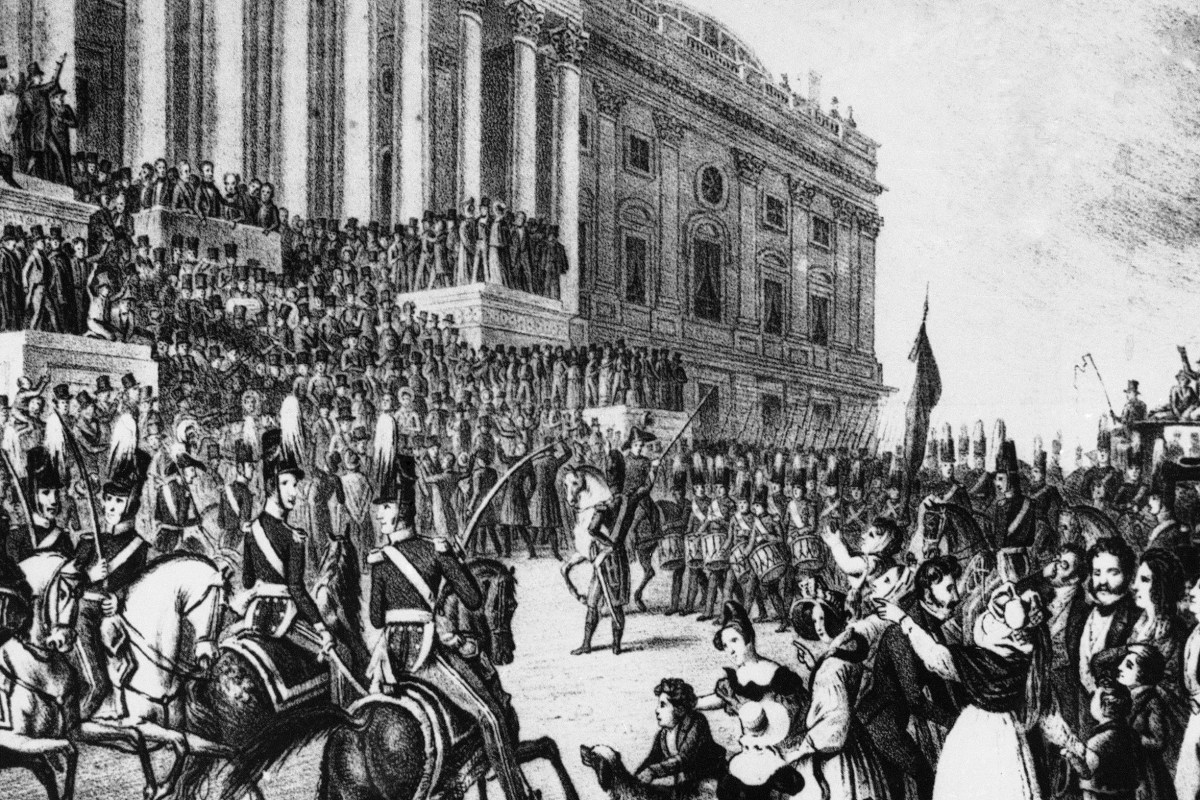 Associated Press
Depicted in this illustration, the inauguration of William Henry Harrison in Washington on March 4, 1841. Harrison was 68-years-old when he took office. Hatless and without an overcoat he rode horseback from the White House to the Capitol on a wintry day and stood for an hour in a raw wind while delivering his inaugural address. A month later he died of pneumonia. The artist’s conception of the inauguration included some light finery which hardly matched the weather of the day. (AP Photo)

He served the shortest term of any president, but there’s so much more to William Henry Harrison than that fact.

Here are some interesting tidbits on the ninth President of the United States.