The Anglin Brothers’ Escape from Alcatraz is Still a Mystery Today 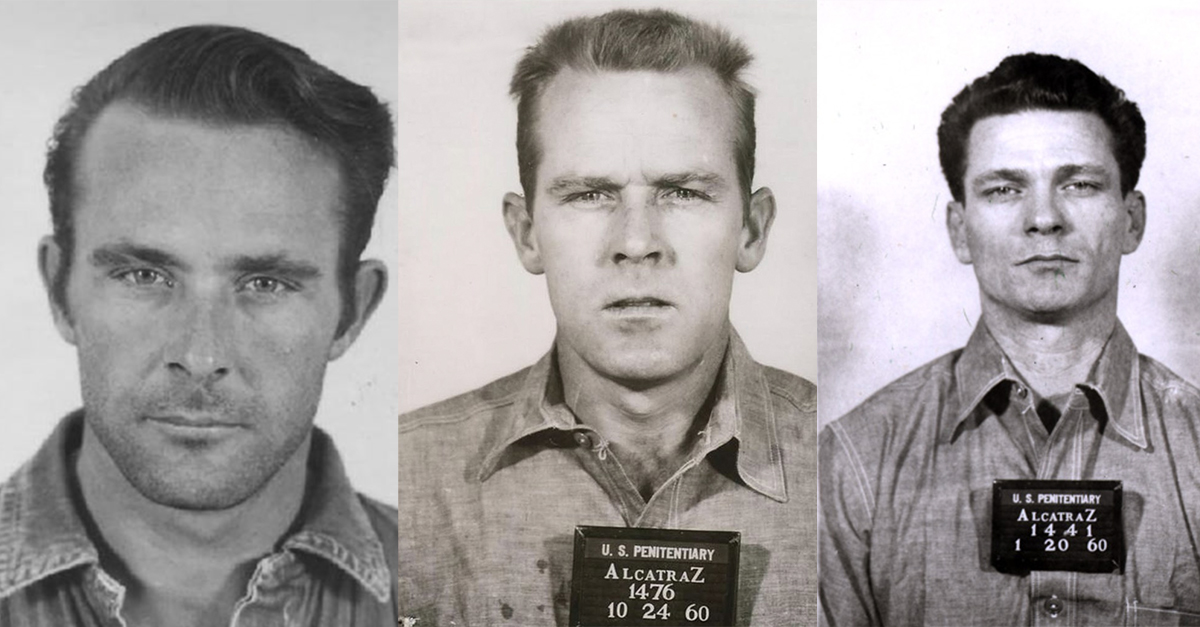 They say that if you want something bad enough you will find a way to make it happen. For the Anglin brothers and another escapee, it was their mission to escape Alcatraz’s maximum-security prison in San Francisco Bay. To this day, their escape and survival details remain a mystery to officials and investigators.

John Anglin, his younger brother Clarence Anglin, and Frank Morris all knew each other. They were something of a crew. They committed bank robberies before ending up in Alcatraz prison. They did time together in Atlanta, Georgia. When they ended up in nearby cells in December 1961 they set to work on their escape plan. Six months of work included making ventilation shaft in their cells big enough for them to crawl through with confiscated blades, and a drill created from pieces of a vacuum cleaner.

June, 1962. Three men attempted a daring escape from Alcatraz prison, located on an island in San Francisco Bay. For several months they carved out a hole in their cells, built an inflatable life raft with inmate raincoats. The men even sculpted paper mache heads with real hair cut from inmates, to fools the guards into thinking the three men were asleep in their cells. They were never recaptured, some speculate they drowned and their bodies were swept under the Golden Gate Bridge into the Ocean. Others believe the three survived and made a successful escape. Tell me what you think happened to them in the comment section. #alcatraz #frankmorris #anglinbrothers

Every night they left papier-mache dummy heads in their beds via the unguarded utility corridor and climbed to an empty cellblock to work on their escape vehicle. The plan was to leave via a six-foot rubber raft made entirely by hand out of fifty raincoats.

On June 11, 1962, the men crawled out the ventilation shafts beneath their sinks for the last time. They climbed up pipes and up to the roof. From there they shimmied to the ground on the smokestack and put their rubber raft in the Bay, towards Angel Island. The men sailed off and were never seen again. No one knows if they survived or not.

There was no sign of them by the next morning when they were discovered missing from their cells. Some speculate and claimed to see them in Brazil or in South America. Supervisory Deputy U.S. Marshal Michael Dyke has been working on the case for decades and still receives “leads” regularly regarding the escapee’s whereabouts. He assumes that the men died in the Bay of hypothermia. But, no one knows for sure.

Of all the escape attempts from Alcatraz, and there have been nearly 40, these men were the only three that were never found. Their daring escape from Alcatraz is known as one of the greatest prison escapes in history.

Watch: This Video of a Fighter Jet Doing a Flyby 15ft Off the Ground Is Nuts