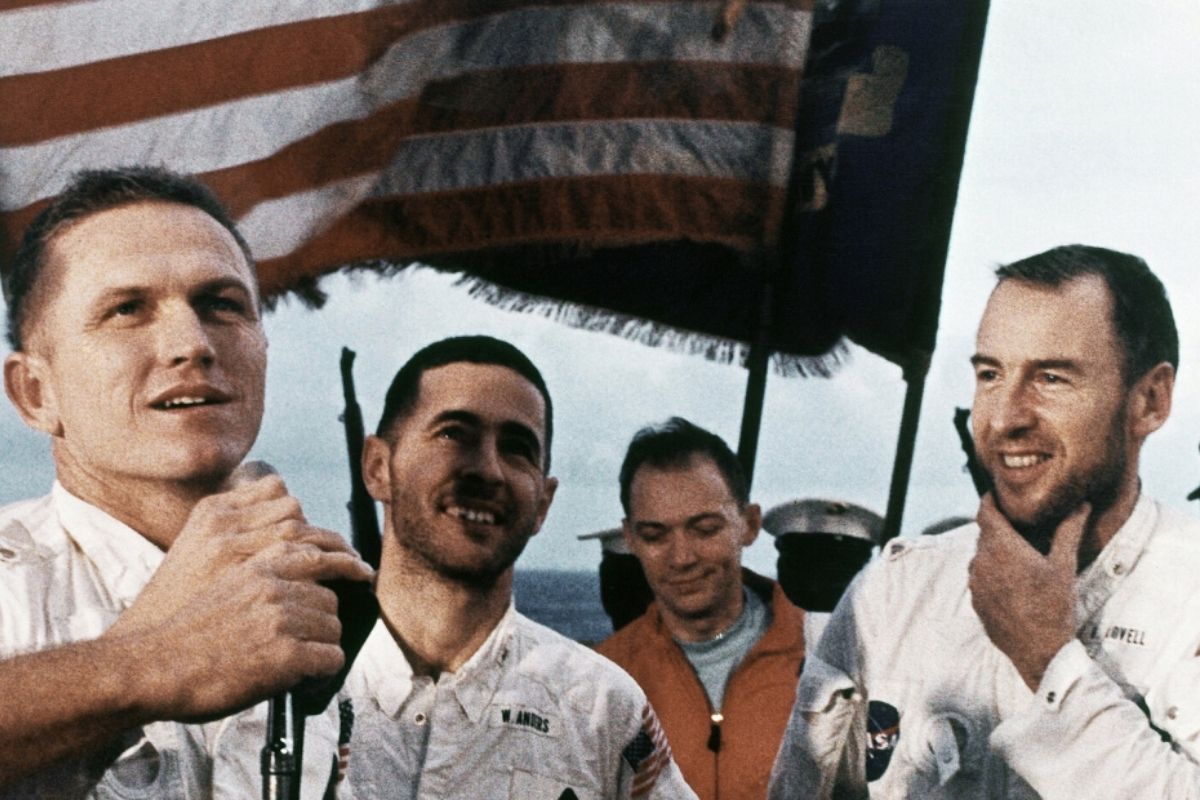 On December 24, 1968, the first men to fly to the moon live-streamed the surface from their spacecraft in what was, at the time, the most-watched television event in history. On Christmas Eve, after a real tailspin of a year here, Americans tuned in to their boys above the big rock and watched the moon appear on their television screens from lunar orbit. This memory belongs to my parents’ generation and I come by it secondhand, a kid of the 90s, whose real joy in the third grade was memorizing famous American speeches. Reader, you may remember this, remember the dial spinning under your finger, the carpet, the clothes you wore.

Confirmation of COVID-19‘s spread across America, already devastating on our sister continents, is a quick reminder that, beyond borders, we’re all humans. Just bodies. Sickness is one of our particularly horrific enemies because it runs rampant, invisible — until it isn’t. To make matters worse, in the case of illness, we betray each other with the simplest of joys: human touch. Spreaders of our own destruction. The dials we spin this week, the next few weeks will be coated in Lysol afterward. If a virus is what pushes us apart, then it’s our humanness that pulls us together.

When Frank Borman, James A. Lovell, Jr., and William A. Anders turned the second live stream on and began to project those fuzzy gray images back, they read from the Book of Genesis, the Biblical creation story. Six ways to Sunday there are many things one could say about religion in this country, but reader, I’ve thought an awful lot about this broadcast as the news worsens in a springtime that’s eerily quiet now that the elementary school down the street is closed. The Space Race might’ve motivated us against a common enemy in the Soviet Union but every single time a human went up into this big ol’ sky above us, they all record the same kind of language. That language, no matter what was spoken, seemed to reflect this: we are all merely men and women of the Earth.

Per NASA, Here’s The Transcript.

“For all the people on Earth the crew of Apollo 8 has a message we would like to send you”.

“And God said, Let the waters under the heavens be gathered
together unto one place, and let the dry land appear: and it
was so.
And God called the dry land Earth; and the gathering together
of the waters called he Seas: and God saw that it was good.”

Borman then added, “And from the crew of Apollo 8, we close
with good night, good luck, a Merry Christmas, and God bless
all of you – all of you on the good Earth.”

Just before the Christmas Eve broadcast, our boys had seen the first Earthrise, witnessing the Earth come from behind the Moon, and it was on the ninth orbit that they began their transmission. Their manned mission was the first since Apollo 1’s horrific tragedy on the landing pad, since the last space live television broadcast with our boys in it didn’t turn out so well. Since we didn’t see the lunar sunrise those boys dreamed about. The Apollo program defined a generation. So far, remembering the short window of the world before 9/11 defines mine.

Unlike so many of you, I watch this without memory of the carpet I was sitting on or the color of my mother’s lipstick. I am only reminded of the lunar surface. That rock up there, it’s ours, we humans in these bodies. It moves our oceans, affects our weather. From above it all, we’re humans. Just bodies.

So while it may take novel coronavirus to remind us of that, and may we persevere through this as generations before us have, I will never forget the first time I heard a man from space, from the far side of the moon. So, wherever you are out there, the United States or whatever kind of lunar module fort you have in your home right now, may you stay safe, inside, and sanitized — all of you on the good Earth.

Editors Note: This article was originally published on March 19, 2019.