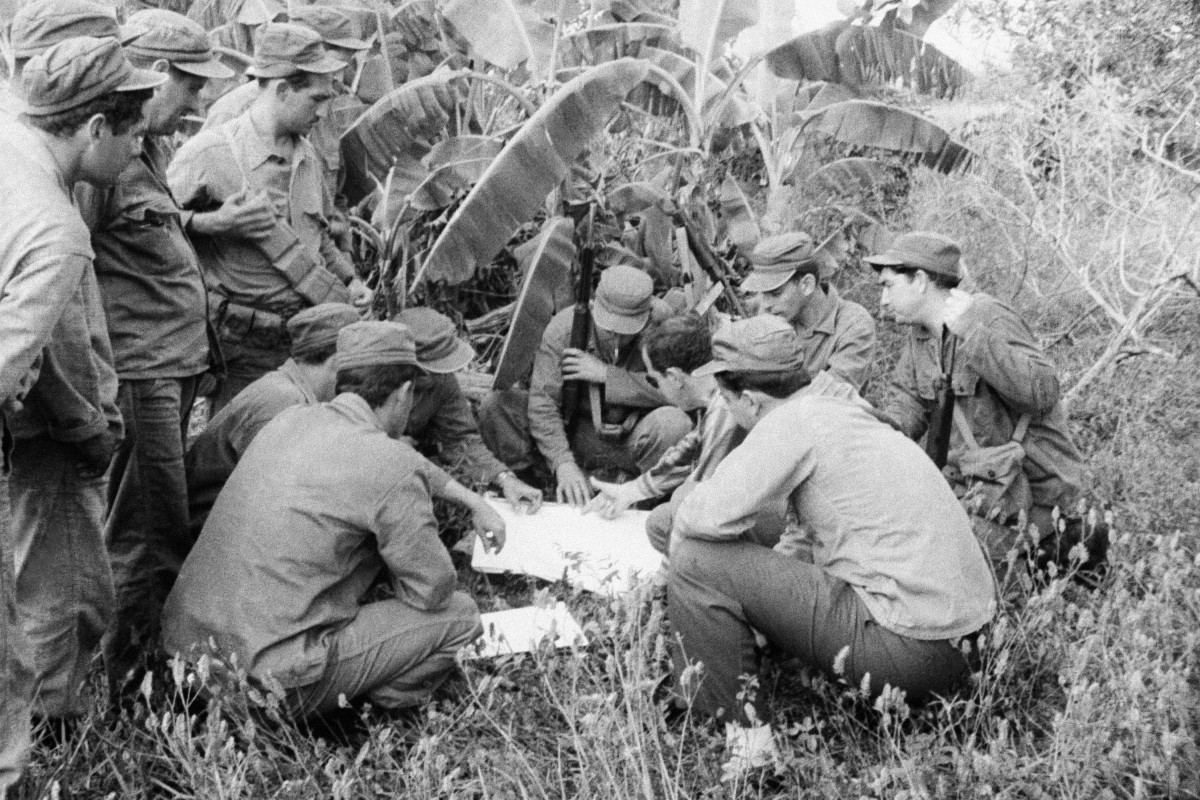 The Bay of Pigs Invasion in 1961 was an attempted coup by the United States seeking to overthrow Cuban leader Fidel Castro?s communist government. The failed invasion ended in fiasco for the fledgling Kennedy administration, and to this day embitter relations between the Cuban government and the United States.

The Bay of Pigs Invasion: A Bit of Background

The Bay of Pigs occurred in the midst of a Cold War power struggle between the United States and the Soviet Union for influence in the Western Hemisphere. In Nicaragua, Guatemala, and other countries in Latin America, the U.S. engaged in proxy struggles to protect both political and financial interests.

In response, the U.S. government?spearheaded by the Central Intelligence Agency?attempted to overthrow the new Castro regime. Under President Dwight Eisenhower, the CIA began training Cuban exiles for an invasion. Though many of the Cuban people welcomed Bautista?s downfall, many anti-Castro refugees fled the country?most of them to Miami?when Castro?s forces took power. More than a thousand of them joined this CIA-backed counter-revolutionary militia, Brigade 2506.

In 1961, Eisenhower?s second term ended and John F. Kennedy became President. In contrast to the Eisenhower administration, President John F. Kennedy feared an invasion would spark an all-out war with Russia, though he?d campaigned on a hardline Cold War foreign policy. But the CIA assured Kennedy that an invasion of Cuba would incite an uprising of anti-Castro forces, and any U.S. involvement would go unnoticed.

Despite his lukewarm convictions, on April 15, 1961, JFK went ahead with the planned invasion. A group of exiles flew B-26 bombers on a mission to cripple Cuban air forces, but their airstrikes missed many of Castro?s planes.

Two days later, the first invasion force of 1,500 Cuban ex-pats landed on Cuba at an isolated beachhead called the Bay of Pigs. Unbeknownst to the US, however, the beach was home to a radio station, which immediately broadcasted news of the invasion across the country.

The invasion quickly fell apart: coral reefs damaged invading ships, paratroopers landed at the wrong location, and the alerting Cuban armed forces countered with unexpected speed and strength on the ground and in the air. Unwilling to invite further international attention, Kennedy declined to provide additional air support. With 120 killed and over 1,000 captured and no air cover, the invading force surrendered within three days.

For the Kennedy administration, the botched coup was a shattering embarrassment. Che Guevara reportedly sent a mocking note to Kennedy, thanking him for the invasion: “Before, the revolution was weak. Now it’s stronger than ever.” Tensions would come to a final, dangerous head in the nuclear standoff of the Cuban Missile Crisis.

Watch: Did George Washington?s Doctors Accidentally Torture Him to Death?