How the Reagan Administration Contributed to the Challenger Explosion 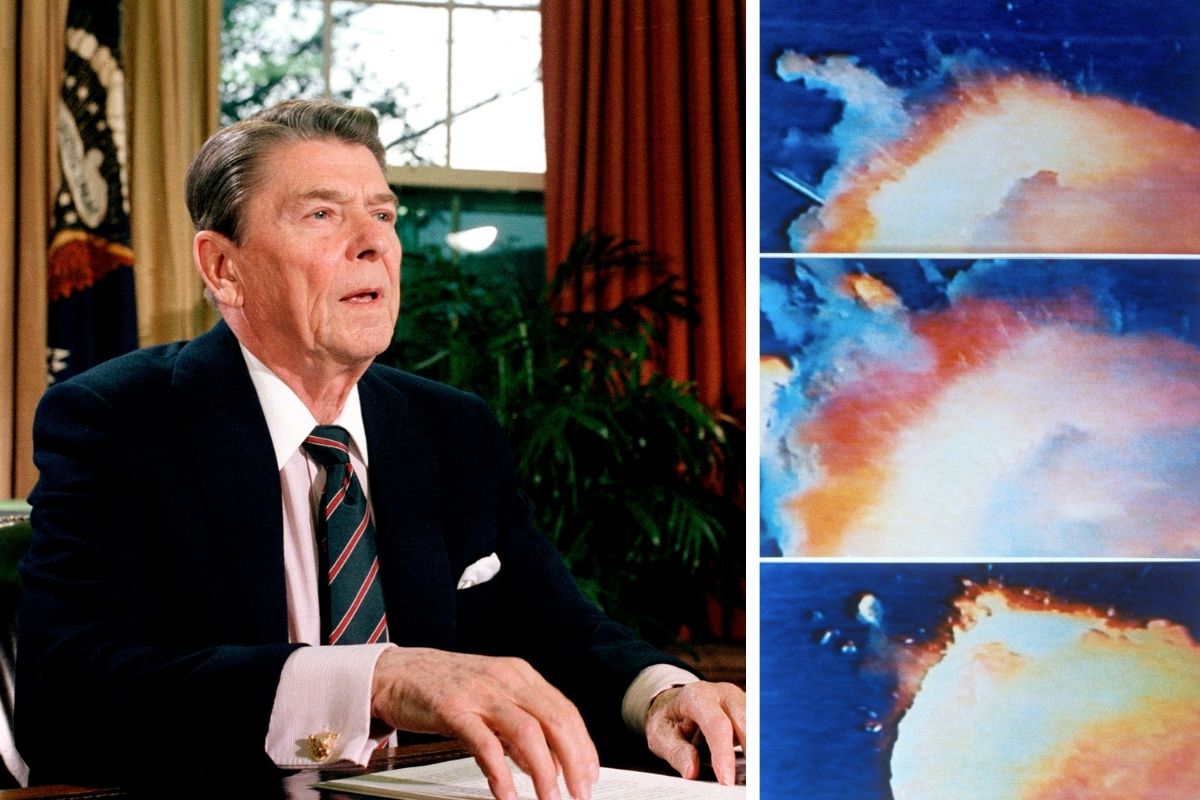 In 1986, the Challenger explosion unfolded in the sky before the nation’s eyes. The mission came on the heels of the Columbia mission 61-C landing after having struggled with the mission. There was also potential pressure put on NASA astronauts and engineers by then-president Ronald Reagan’s administration to have the launch ready for the upcoming presidential address, which is debated as one of the many factors that contributed to the Space Shuttle Challenger accident.

The Challenger crew members consisted of five NASA astronauts and two additional payload specialists. This included pilot Michael Smith, Hughes Aircraft engineer Gregory Jarvis, commander Dick Scobee, mission specialists Ellison Onizuka, Judith Resnik, and Ronald McNair. Last but not least was Christa McAuliffe, a school teacher. She was prepared to showcase being the first teacher-in-space. She wanted to encourage children to learn more high tech and stem jobs, and of course, promote space exploration. The plan was for her to teach two lessons from space; they were going to broadcast it across the United States for students to watch. Instead, what was shown on television 73 seconds after the challenger’s liftoff was what appeared to be an explosion.

It wasn’t actually an explosion, however. Not much better, it was a fire. What happened after the shuttle left Cape Canaveral, Florida, was this: at an altitude of 46,000 feet, the seal in one of the solid rocket boosters failed. The purpose of the booster is to keep the temperature regulated. During a regular day, this may not have occurred. However, Florida was uncharacteristically experiencing cold weather that had weakened the o-ring seals between the solid rocket boosters. So hot gas poured into the leak and this caused the fuel tank to collapse and tear apart when hydrogen and liquid oxygen combined into a fireball. The crew members and pieces of the space shuttle fell to the Atlantic ocean less than 3 minutes from leaving the launchpad.

The potential of something going wrong was already known to the NASA engineers. However, some detrimental decision-making cost America the lives of some of its brightest. Right before launch, NASA was already having trouble landing and completing the Columbia shuttle mission. In addition, Ronald Reagan and William Rogers, former Secretary of State, were convinced that the shuttle should be fine if minor mishaps occurred and pressed for liftoff. In a conference call between NASA and Thiokol engineers in which the latter mentioned that a lower temperature couple be a dangerous takeoff for take-off and proposed to delay the launch. The engineers at Thiokol, however, did not divulge a safe temperature that the O-rings wouldn’t be affected by a cooler temperature.

NASA bypassed this suggestion since they weren’t given any hard numbers and said the secondary O-ring would be a backup in case the first O-ring failed. So, the flight was not postponed. Another possible reason this mission failed was that Reagan’s State of the Union Speech was approaching and his administration wanted the flight to have already taken place so he could praise it during his speech. However, the speech Reagan ended up giving instead of his State of the Union was an entirely different one. He gave a speech from the White House in remembrance of the lost NASA astronauts on what was then deemed the ‘Space Shuttle Challenger Disaster’.

In his speech he quoted a poem by American pilot John McGee Jr, who was also killed in flight during World War II, flying for the Royal Canadian Air Force. He, however, did not take any blame. He blamed NASA. The rogers commission report blamed NASA and contractor Morton Thiokol for “poorly managed engineering” since they were responsible for the shuttle boosters and assembled them at Florida’s Kennedy Space Center. This made it seem like the White House didn’t know that the liftoff would be messy and possibly dangerous, but in reality, they did.

Going forward, changes were made to affect how NASA did assemble shuttles and which types of space flight machines were made. Furthermore, new companies were hired to help with the Atlas, Delta, and Centaur launchers; as well as for the International Space Station, the permanent earth orbiter. We remember this as a sad day for our nation and to honor those who were brave enough to put their lives on the line in the name of progress.