In America, the fifth of May fiesta brings to mind deals on margaritas, tacos, and — possibly — some vague notion of “Mexican Independence.” But Cinco de Mayo actually marks the Mexican army’s unlikely victory over France at the Battle of Puebla in 1862. Learn more about this underdog war story through a brief history of Cinco de Mayo.

In 1861, President Benito Juárez was elected the first indigenous president of Mexico. But there was no cause for celebration; at the time, Mexico was bankrupt and defaulting on payments to the Spanish, British, and French governments. Though Juárez worked out a deal with the governments of and Britain and Spain, French ruler Napoleon III leveraged the moment to take control of Mexican territory. A naval fleet of 6,000 troops from France invaded Veracruz, Mexico.

The French troops then set out to attack the small Mexican city of Puebla de Los Angeles. In response, Juárez mustered up a motley crew of just 2,000 men led by General Ignacio Zaragoza. (Kind of like a Mexican 300.) The Mexican soldiers clashed with the fortified French from dawn till dusk. In the end, the French forces lost about 500 of their men; Mexico lost just 100.

Despite that surprise victory, the war raged on. It took until 1867 for France to withdraw from Mexico entirely after Juárez caught and executed the Austrian Archduke Ferdinand Maximilian, the emperor installed there by Napoleon. But during those years, the Battle of Puebla came to represent triumph symbolically, reinforcing rebellion against France.

Connection to the Civil War

The first Cinco de Mayo celebration in America took place in California. It was only a decade before the Battle of Puebla that California became a U.S. state — it was once territory of Mexico. So most people living there at the time were Mexican-Americans.

Keep in mind, the Civil War was unfolding concurrently with the Franco-Mexican War. And Mexico was historically anti-slavery; it was that moral conviction that had led in part to the annexing of Texas in 1845 and the resultant Mexican-American War as slave-owners moved further and further south. So with the Mexican population of California worrying that slavery might enter their new state, the Battle of Puebla offered a glimmer of hope throughout the dangerous instability of the Union.

Additionally, it was with the end of the Civil War in 1865 that President Lincoln could finally extend support to the neighboring country of Mexico. As America made it clear that it would oppose the French army’s occupation of Mexico, Napoleon’s troops began to withdraw… all events which led up to the ultimate execution of Emperor Maximilian.

Battle of Puebla Day, celebrated on May fifth, is not a national holiday in Mexico although it is celebrated in the state of Puebla where the battle took place. Still, it’s in the United States that Cinco de Mayo has really come to be a celebration of Mexican culture. During the 1960s and ’70s, the Chicano activist movement seized upon the special date to inspire local, marginalized communities.

Of course, that movement was quickly co-opted by beer companies looking to make a buck. During the 1980s, the Anheuser-Busch and Miller corporations employed marketing teams that set out to sponsor the Mexican holiday, spreading awareness for the celebration through ads and festivals — fests once intended to honor Mexican heritage and Mexican history. Then again, what goes better with guacamole than an ice-cold beer?

It’s something to think about today, as you dig into some delicious Mexican food or dance to Mariachi music. Will you celebrate Cinco de Mayo?

WATCH: Videos of Drunk People at Germany’s Oktoberfest Are Even Wilder Than You Can Imagine 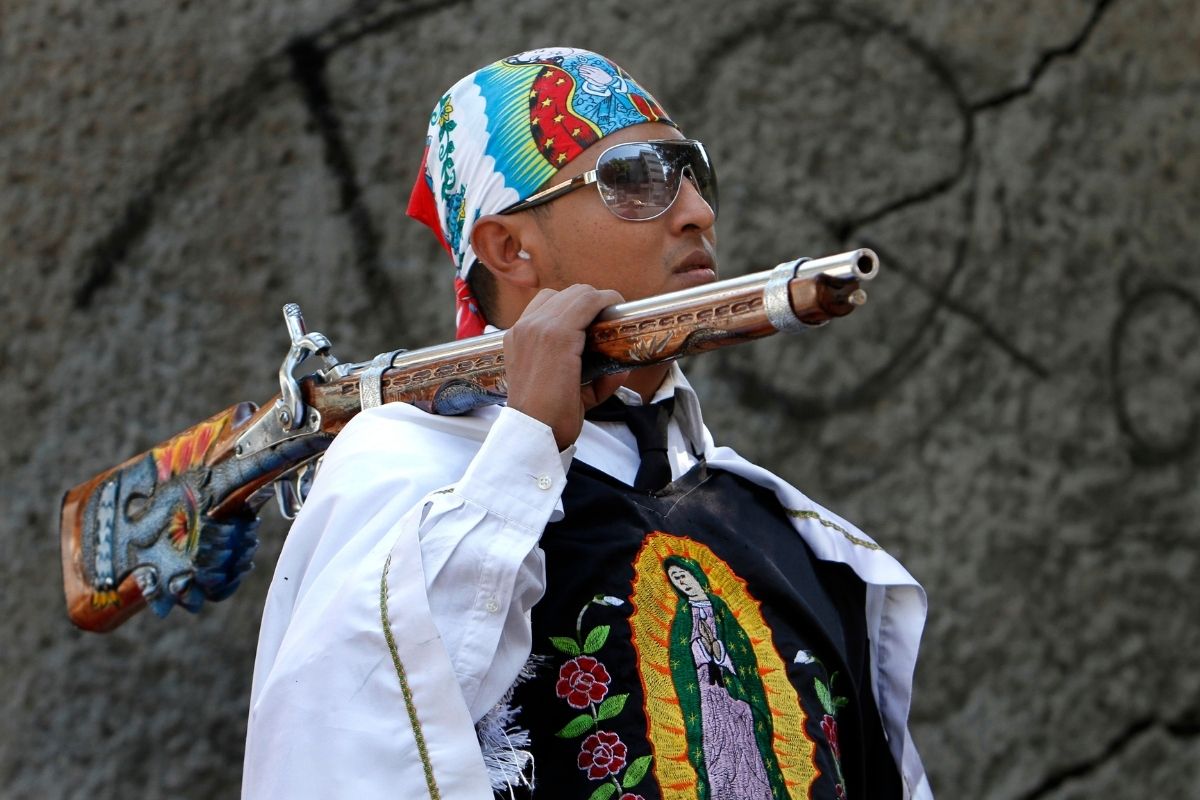