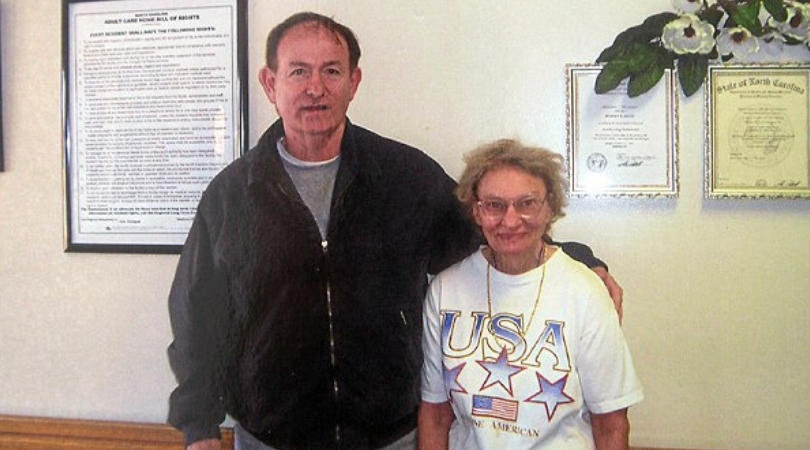 This article was originally published on October 23, 2019. It was updated on June 4, 2020, after Irene Triplett’s family announced her passing.

Irene Triplett, Last person to receive a pension from the U.S. Civil War, has died at the age of 90. Triplett?s father, Mose Triplett, began fighting in the war for the Confederacy but defected to the North in 1863. His decision earned his daughter Irene, the product of a late-in-life marriage to a woman who is 50 years his junior, a pension of $73.13 a month from the Department of Veteran Affairs.

Triplet, who suffered from mental disabilities, qualified for federal financial support as a helpless adult child of a veteran. She, unfortunately, died Sunday from complications following surgery for injuries from a fall. This according to the Wilkesboro, N.C nursing home where she lived.

To this day there is a woman in Florida collecting Civil War pension. She is the only pensioner alive to still receive any.  Irene Triplett is 89 years old and she is the daughter of a United States Civil War veteran. Irene Triplett is the daughter of private Mose Triplett (At times documented as Moses Triplett), a civil war soldier who fought both a union and confederate soldier during the American Civil War. He started off as a confederate soldier in the 53rd North Carolina Infantry in 1862 at the age of 16. He deserted directly before the Battle of Gettysburg after escaping from a hospital. He switched to becoming a union soldier when he ended up in Tennessee the year after.

Irene Triplett was Mose Triplett’s daughter from his second wife, whom he married in 1924, Elida Hall. Therefore, Irene was born after the Civil War. Elida was about 50 years younger than her husband. As drastic as that may sound it was commonplace in the twenties.

Irene, born in 1930, wasn’t even alive until after the Civil War had ended.  When her father died in 1938, Irene was only eight years old, leaving his confederate civil war pension to his family. Mose’s surviving wife and daughter both suffered from mental disabilities and did not support themselves. The pair lived in government and private nursing homes in North Carolina until Elida, Irene’s mother, died in the late sixties. This left his confederate civil war pension to only Irene now. Irene’s most recent move was in 2013 after breaking her hip. She packed up and moved into a skilled nursing facility.

Since Triplett is the daughter of a veteran, she receives a pension check from the Department of Veterans Affairs. This is a direct effect of legislation that Abraham Lincoln passed offering confederate pension to those who served in the confederate armies as confederate soldiers; something already offered to union veterans. Irene is among the fewer than 100 pensioners from 19th-century wars. She is the sole receiver, however, of pension checks from the Civil War. Her monthly checks from the federal government total to $73.13, roughly $880 per year.

The Civil War may have ended before she was even alive, but she’s a reminder that we must always pay the piper or, in this case, pensioners.

It’s crazy what military service in the United States can do for their respective families. It’s even crazier to think that when it’s Irene Triplett’s time, the federal government will officially stop issuing pension checks for a war that ended 154 years ago.

Before she was the lone receiver of pension checks from the Civil War, she was accompanied by Fred Upham, who died back in December 2018. His father, William Upham, was a private in the union army. William Upham also met President Abraham Lincoln twice.

Editor’s note: This article was originally published on November 5, 2019.

Watch: Watch This Entertaining Video on Why Texas? Bold Attempt to Secede Failed