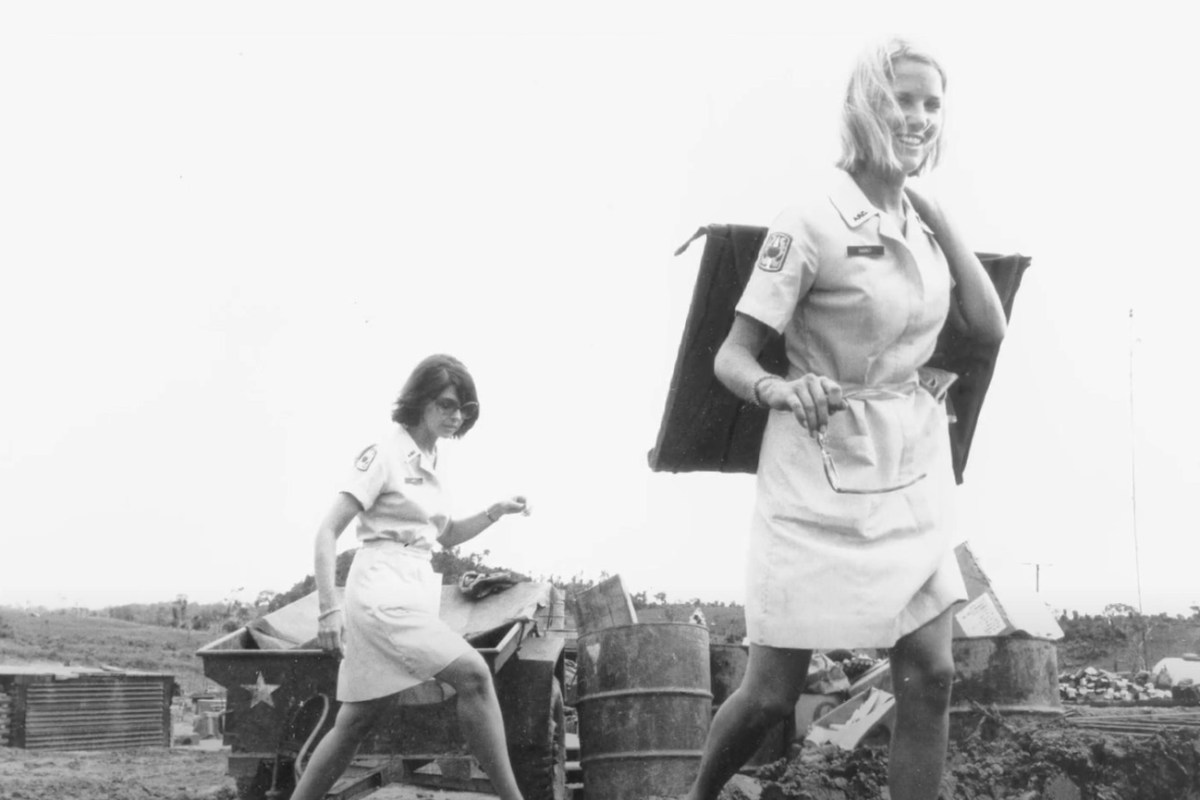 World War II was one of the turning points that changed life in the United States and around the world in a way no one could have prepared for. From the front lines to he home shores, women ensured that life continued as necessary. One particularly sweet war effort was the Donut Dollies, which brought doughnuts to the front line.

During the First World War, the Salvation Army’s Donut Lassies boosted morale amongst soldiers with National Donut Day. During World War II and beyond, the American Red Cross made an effort to expand on that tradition with its American Red Cross Clubmobile Service. The goal was to bring food and the comforts of home to servicemen. They rode in “Clubmobiles” or a renovated British Ford, London Green line bus, or GMC trucks.

It’s #FactFriday! In remembrance of the anniversary of D-Day yesterday (June 6, 1944) let’s talk about Donuts. Yes, donuts! And how they & the “Donut Dollies” helped boost morale among the troops overseas during WWII. Did you know that in an effort to keep soldier’s spirits up, restaurants & clubs opened in London to provide troops a social outlet during wartime? In 1941 the American Red Cross began recruiting women to travel to Europe to serve as “Donut Dollies.” They had to meet certain standards. They had to be at least 25, have a college education, pass a physical exam & have a pleasant demeanor. After weeks in training in Washington DC they travelled to Europe where they worked out of buses with coffee & donut machines, complete with a small lounge, a record player & concession stand, stocked with gum, cigarettes, magazines & newspapers. When the troops invaded Normandy on D-Day, the donuts followed. These women not only baked donuts, they drove the buses & even fixed them when they broke down. The “Donut Dollies” became a symbol of hope & good cheer for the soldiers. In 1944 alone it is reported that over 4 million donuts were served. Sometimes, it’s the little things that make all the difference. Thank you troops & Dollies! PS. It’s also National Donut 🍩 Day!! #DDay #DonutDollies #WWII #anniversary #elranchodelasgolondrinas #lasgolondrinas #historylovers #historylove

Inside the clubmobiles were modern comforts ranging from candy, cigarettes, books, records, and a victrola with a loudspeaker playing current music. One side of the mobile was a kitchen with a stove to heat water for coffee and a doughnut machine. Over 400 were loaned to the Red Cross for these services. The rear of the vehicles included a lounge that doubled as sleeping bunks.

Who Could Be A Doughnut Dollie?

The women who volunteered for this job were referred to fondly as the Donut Dollies. They were young, between the ages of twenty-five and thirty-five, college-educated, in good physical condition and socialized easily. The Red Cross went through great lengths to ensure they recruited the right women for the role. Each applicant was required to have a reference letter, underwent basic training, and taught how to wear the light blue uniforms. They worked locally post-training while waiting for their overseas assignment. Once deployed, they traveled from base to base in Great Britain daily. At each base, the Donut Dollies chatted with the servicemen, made snacks for them and played music.

The idea of the mobile service clubs was courtesy of a New York banker and Red Cross Commissioner to Great Britain, Harvey D. Gibson. The idea was to keep troop morale high between servicemen both stationed permanently in Great Britain or those on leave who were unable to get to any of the designated recreation clubs or hotels. The American Red Cross was the only volunteer organization allowed to go overseas to volunteer with the troops, the Clubmobile service program was created. It is estimated that the American Red Cross Clubmobile Service brought 4,659,728 doughnuts to the men serving in World War II, but the reminder of what they were fighting for is truly immeasurable.