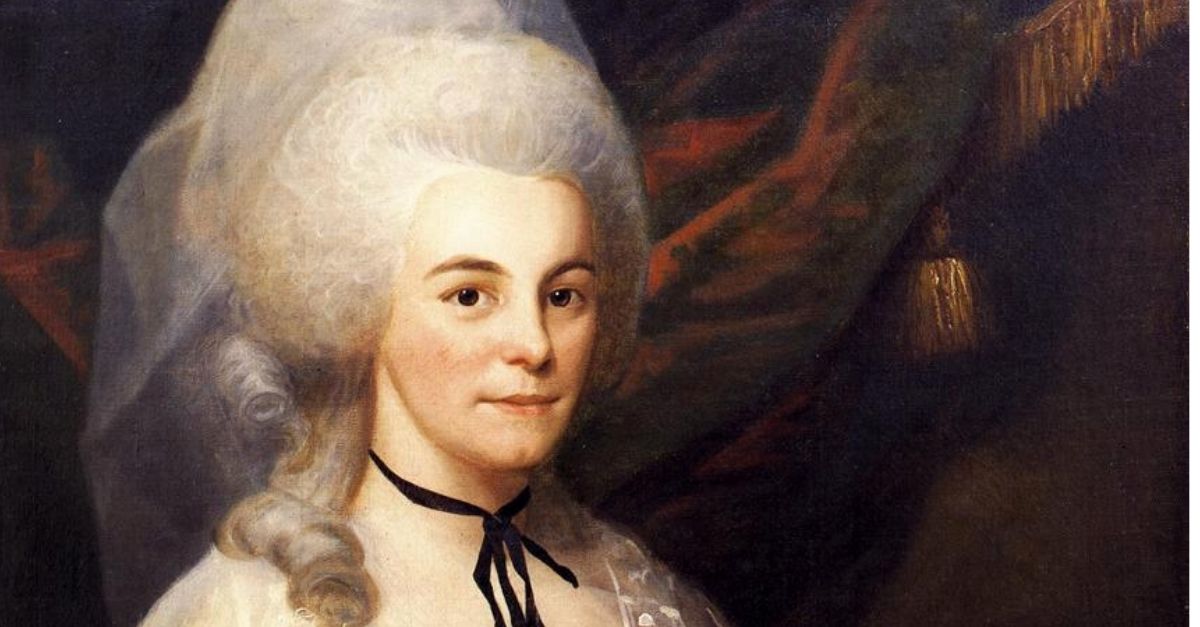 Eliza Hamilton, the wife of alexander hamilton, is known for the reasons the world knows he was great. Through life, his transgressions, and after his death, she continued to be an upstanding woman and stellar wife. Her life’s work following Hamilton’s death was to further his name, as well. She didn’t want the world to forget one of America’s founding fathers, Alexander Hamilton.

Eliza, also known as Elizabeth Schuyler Hamilton, spent the was born to a Revolutionary War figure, Major General Philip Schuyler, and a member of one of the wealthiest New York families, Catherine van Rensselaer. The Schuyler family had military connections, and this is where she met chief aid to General George Washington, Alexander Hamilton.

When they wed at her family’s home in December 1780, she began the role that she’s most known for. While her husband’s economic work began, she gave him eight children, helped him draft the political writings that made him a forerunner in American history. In their home on the Grange, in upper Manhattan, the Hamiltons lived in a chipper world. Alexander Hamilton, however, was only around to enjoy the Grange for two years before being shot by Aaron Burr in a duel.

Following Hamilton’s death, Eliza Hamilton was left with seven kids, as her oldest son, Philip, had also been killed in a duel. She grieved heavily over her son, husband, and father, who died near each other in time. Simultaneously, her daughter suffered a nervous break, and the bank repossessed the Grange. Resourceful, she was able to repurchase it with sourced money. She immediately threw herself into raising her and Alexander’s kids and charity work.

She formed the Orphan Asylum Society with inspiration from the church and her late husband’s childhood. The Orphan Asylum Society was the first private orphanage in New York City. Eliza Hamilton served as the head director of the place from its opening in 1806 to 1821, and then the assistant director until almost 1850. She collected funds, goods, and ensured that the children were well cared for and nurtured. In her time at the orphanage, she saw nearly 800 children.

In the 1830s, Eliza sold the Grange for good and moved in with family, son Alexander, daughter Eliza, and their respective families. She maintained her political work from time to time, dining with figures such as President Polk, Pierce, and Tyler and engaging them with ideas and her charming personality. She wasn’t so kind to everyone. For example, James Monroe was forever on her bad list for leaking the details of her husband’s affair over fifty years earlier. Regardless, she was well revered as a philanthropist, and many viewed her as the last living link to the Revolutionary era.

Recently, the Broadway musical Hamilton gave us a visual and musical depiction of the ins and outs of Hamilton’s lives. The story focused on Alexander Hamilton. However, it only scratched the surface of what Eliza did. She is the only reason we have the recollection we do of his life. She argued that he wrote Washington’s farewell address, not James Madison.

She did the work of sending questionnaires to past colleagues to learn more about her husband’s career. She and son, John Church Hamilton, edited the collection of documents. Without this work, the detailed history of Alexander Hamilton would not exist. Nor would the Geroge Washington monument at the National Mall. She helped raise funds for it since he was not only a founding father but also a friend of Hamilton’s.

Eliza Schuyler hamilton deserves all the recognition that her husband receives and more for her dedication to not only the country but a man she promised to love, no matter what.