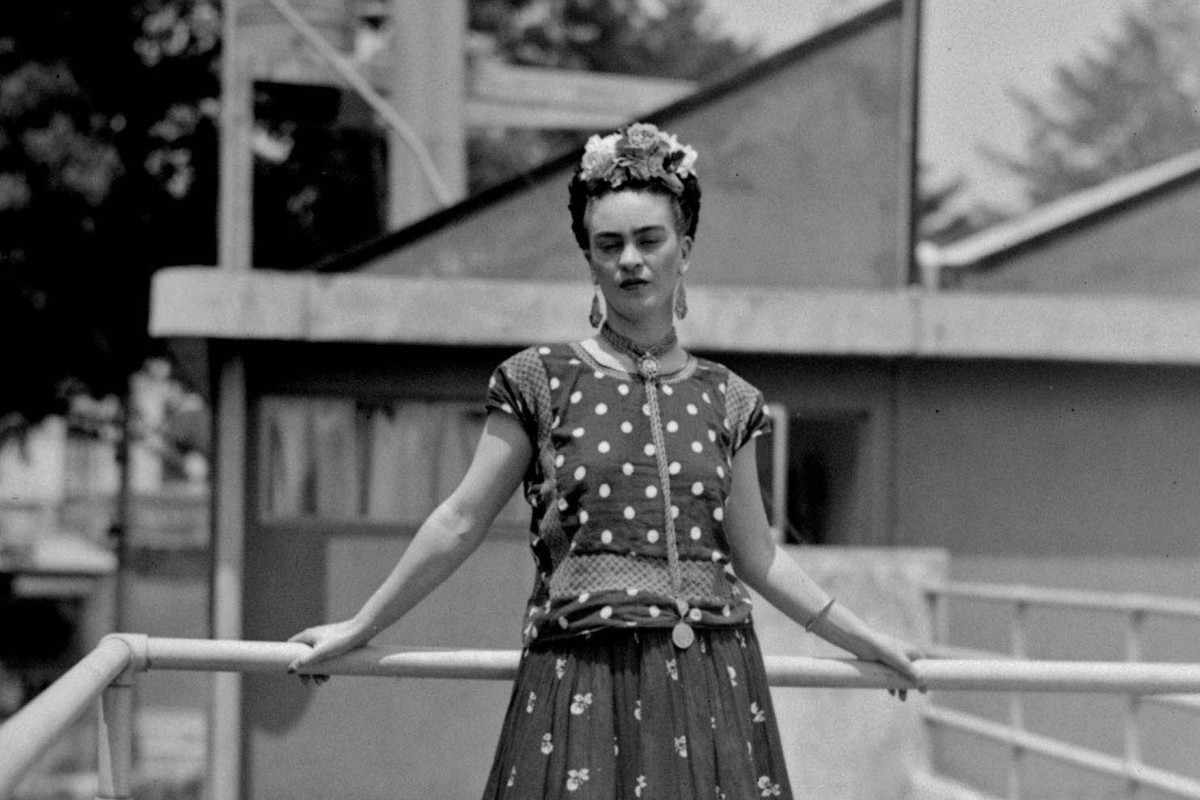 Famous for both her surrealism and self-portraits, Frida Kahlo’s face, and iconic unibrow, is likely most recognizable among women artists of the 20th century. But the biography of Frida Kahlo includes the tremendous suffering lurking behind the famous visage. Lifelong health issues culminated in her early death, and to this day, questions about the great Mexican painter’s untimely demise remain unanswered.

Born in Mexico as Magdalena Carmen Frida Kahlo y Caldero, to Matilde Calderón and German photographer Guillermo Kahlo in 1907,  Frida demonstrated an artistic bent through photography at a young age. But health problems that would follow her the rest of her life also began in childhood—Frida was diagnosed with polio at age 6, leaving her right leg withered and the growth of her other foot stunted.

At 18, her health would suffer another serious blow in a bus accident. A bus that Kahlo was riding collided with a streetcar, killing several people on board and leaving Kahlo impaled by an iron handrail and near death. Recovery was a long and grueling affair, and Kahlo was required to wear plaster corsets to heal her shattered bones and punctured organs.

The influence of her health troubles can be found in some of the most famous of Kahlo’s works— “The Broken Column“, for example, is a self-portrait with Freida’s chest cut open, her torso wrapped in a leather brace. Much of her work is in a similar vein, depictions of her health issues in a surrealist style, such as “Henry Ford Hospital” and “The Two Fridas.”

Kahlo’s Death: What We Know

In 1953, her right foot and leg were amputated due to gangrene, a result of one of the over 30 surgeries she would undergo in her life. Her health was in decline by this point, worsened by endless medical procedures and substance abuse. A year later, Kahlo would be dead.

The official cause of death is listed as a pulmonary embolism, but no autopsy was performed before her body was quickly cremated. The mysterious circumstances around her death led many to believe Kahlo actually died by intentional overdose. They point to a diary entry the artist wrote shortly before her death, lamenting her lost leg and dwindling health: “I keep on waiting to kill myself. I hope the exit is joyful and I hope never to come back.”

Kahlo’s Legacy: The Artist Lives On

Despite her perpetual health issues, Kahlo would earn international success in the art world in her lifetime, with exhibitions from Paris to New York, and the admiration of her contemporaries like Picasso and André Breton. Art and romance provided a place of solace for Frida throughout her life: “The only reason I go on living is to paint and to love,” goes one of her quotes. And Frida loved a great deal—her turbulent marriage to muralist Diego Rivera was marked by love affairs including Leon Trotsky (Kahlo herself was a member of the Mexican Communist Party), Josephine Baker, and painter Georgia O’Keefe.

Today the memory of this influential Mexican artist is kept alive in Museo Frida Kahlo (Spanish for the Frida Kahlo Museum) in Coyoacán, Mexico City in the famous La Casa Azul (The Blue House)–the home where she was born and died.

Watch: Was Rose in ‘Titanic’ Based on a Real Person?