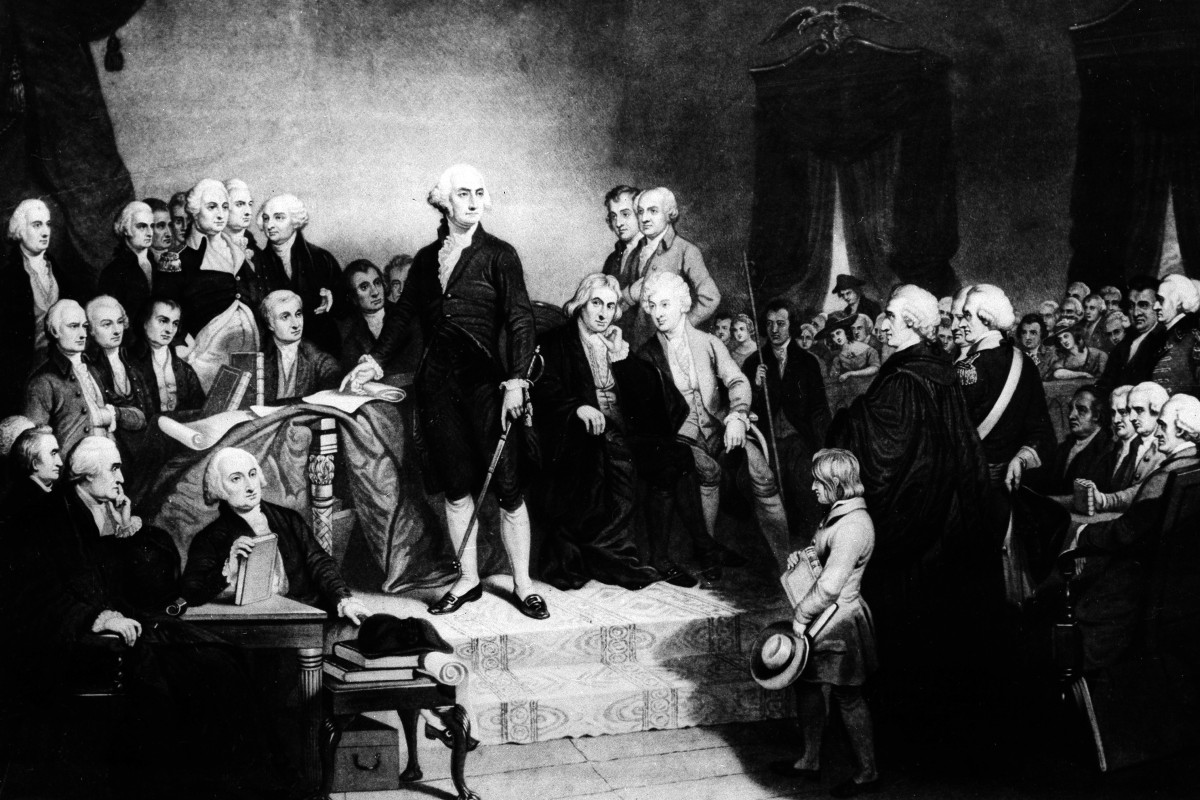 The former first president of the United States, revolutionary war commander-in-chief, and founding father George Washington caught a chill after working in the freezing Virginia rain, snow, and hail. His sore throat labored breathing, and fever would be unsuccessfully treated with painful and antiquated medical procedures for several excruciating hours before he finally died on the evening of December 14, 1799, less than three years after relinquishing the presidency to John Adams.

Early December 13 afternoon, Washington had returned soaking wet from managing the affairs of his Mount Vernon estate in the frigid winter weather. Already late for dinner, he decided not to change out of his wet clothes. Later he complained of hoarseness, a cough, and a runny nose. Washington went to bed that night next to his wife Martha Washington but awoke around 2 a.m. with chest pains. Martha called for her husband’s chief aide, Con. Tobias Lear. Seeing the ex-commander-in-chief’s condition, Lear sent for Dr. James Craik, a doctor from Alexandria, Virginia who had been Washington’s physician for over 40 years, as well as Mount Vernon overseer George Rawlins, who had experience in the practice of bloodletting.

Around 6 a.m. the former president’s condition worsened. His breathing became labored and he developed a fever and inflamed throat. Rawlins elected to drain 12 to 14 ounces of his blood, after which Lear prepared him a mixture of molasses, butter, and vinegar for him to drink. The 18th-century medical torture continued at 9 a.m. when Dr. Craik arrived and applied a toxic blistering agent to Washington’s throat. This  “blister of cantharides” (also known as “Spanish Fly” was meant to draw out the fatal humors causing the inflammation. Half an hour later, Rawlins drew 18 ounces of blood, and a similar amount again at 11 a.m.

At noon an enema was administered, and then after a second of his physicians, Dr. Elijah Dick arrived, 32 more ounces of blood were drawn (though Dr. Dick recommended a tracheotomy instead). More blisters of cantharides were applied, this time to his legs and arms, around 8 p.m. Washington worked on his will in his final hours with his wife, which in part decreed that his 123 slaves would be freed upon Martha Washington’s death. She elected to fulfill this promise at the end of her life instead, freeing them in 1801.

At 10 PM, he gave Lear burial instructions, and asked, “Do you understand me?” Lear affirmed, and General Washington spoke his last words: “Tis well!” Even though he died on December 14, news of Washington’s death wouldn’t reach lawmakers over in Philadelphia until the 18. At Washington’s funeral, the Sixth Congress commissioned a eulogy delivered by Washington’s friend Harry Lee. In Lee’s eulogy, America’s first president was remembered as, “First in war, first in peace, and first in the hearts of his countrymen.”

His physicians would later dispute the actual cause of the death of George Washington. Their final consensus was cynanche trachealis, a fatal inflammation, and obstruction of the upper airway.  Later theories include acute bacterial epiglottitis and quinsy. Based on his symptoms, it is most likely acute epiglottitis caused Washington’s death, according to Dr. White McKenzie Wallenborn of the University of Virginia. Epiglottitis is a rapidly progressive infection causing inflammation of the epiglottis (the small cartilage “lid” that covers the trachea) and surrounding tissues, usually caused by bacteria.