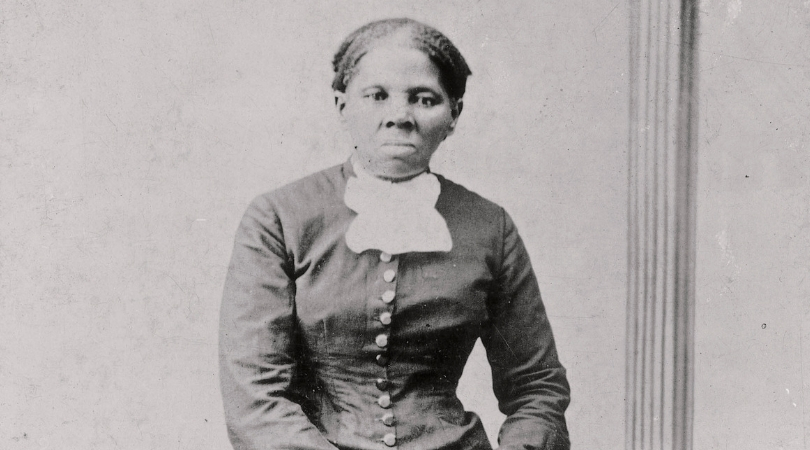 It’s well-known that Harriet Tubman achieved what some seemed to be impossible. She led almost 200 slaves to freedom in the North via the underground railroad in a time when the climate was dangerous for African-Americans in America. She was coined the female “Moses” and “General Tubman” by various abolitionists for leading so many enslaved to what they only could have envisioned was the promised land.

Harriet Tubman was born into slavery in 1913 on the Eastern Shore of Maryland in Dorchester County to Benjamin Ross and Harriet “Rit” Green. Her birth name was Araminta Ross but she was nicknamed “Minty” in her childhood.  She later adopted her mother’s first name when she married John Tubman. Araminta lived 30 years of her life enslaved before escaping to freedom across the Mason-Dixon line; the border between slave states and free states.

Many events from Araminta’s childhood were carried with her for the rest of her life. For example, a head injury led to visions and dreams that she believed were of God and this enforced her religiosity. They also helped her in to help her in planning her escape and rescue of others.

Have you seen the previews to the #harriettubman movie that’s coming out? What an #inspiring story about this #americanabolitionist who saved many lives of slaves using the #undergroundrailroad. She later served in the #civilwar and ultimately helped to effect change for #womenssuffrage. • Check out this book on my stories feed. I’m going to be posting it for sale along with many more #jerrypinkney #books as well as more stories of #bravespirits and #gutsygirls. Feel free to ask me for a tag and I’ll let you know when I post it. • I’m still going strong posting spooky in honor of #scarytober so stay tuned on my feed if you’re interested in #halloweenreads. I’ve got you covered! 👻🎃 #twr_stacksale

Araminta (Harriet) spent some time separated from her family but later ended up working on a plantation near her father, who was a woodsman. His job was to manage the timber on a plantation. Taking after him, Harriet also spent a lot of time working outside. She picked cotton in the field, worked on the wharves, timber yards, and built up endurance. Earning the trust of her slave owner, she was able to work for herself, paying him a small fee for her “own time”. She also bought her own oxen.

From working near her dad, she was also able to learn the communication networks of black mariners whose shipyards carried the timber and other goods. From them, she learned who, what and where was safe and what wasn’t. This knowledge, in particular, she used along her travels along the Eastern Shore on her journey to freedom. When she traveled at night, she followed the stars and being led by the North star while traveling the underground railroad, a network of safe houses and locations organized by free blacks, Quakers, and abolitionists. She traveled 90 miles to reach Philadelphia.

“When I found that I crossed that line, I looked at my hands to see if I was the same person. There was such glory over everything; the sun came like gold through the trees, and over the fields, and I felt like I was in Heaven.”

She found a job in Philadelphia but was unsatisfied because her family wasn’t with her. So she went back for them. (She later moved her family to the safety of Canada and Auburn, New York.) Many of the people she helped reach freedom were her family and friends. The Fugitive Slave Act in 1850 allowed fugitive slaves and free slaves to be captured in the North and enslaved again. As an Underground Railroad conductor, this made Harriet?s job harder.

She had to lead slaves more north towards Canada, at night, through forests, marshes and creeks and fields in short amounts of daylight with only stars and moonlight for guidance. In regards to food, she had to forage and teach the fugitive slaves how to do the same, seeking refuge in nature as well as finding water, food, and eating habits that were invaluable for survival. Her father taught her all of these skills and they changed not only her life but so many others. She taught them to memorize locations in her mind and which trees could be used to heal and what tree wood would keep them warmest.

Throughout Tubman’s life, she went to black rights conventions, antislavery meetings, and women?s suffrage meetings. She interacting with intellectuals, abolitionists, and politicians alike, fighting for equality between classes and races of people. She even spent some time working for the army during the Civil War as a nurse and cook. All of her life lessons learned and passed on were an accumulation of things she learned in her early life and they quite literally, changed the world.