Henry Johnson: The One-Man Army Who Fought Off Dozens of German Soldiers During WWI 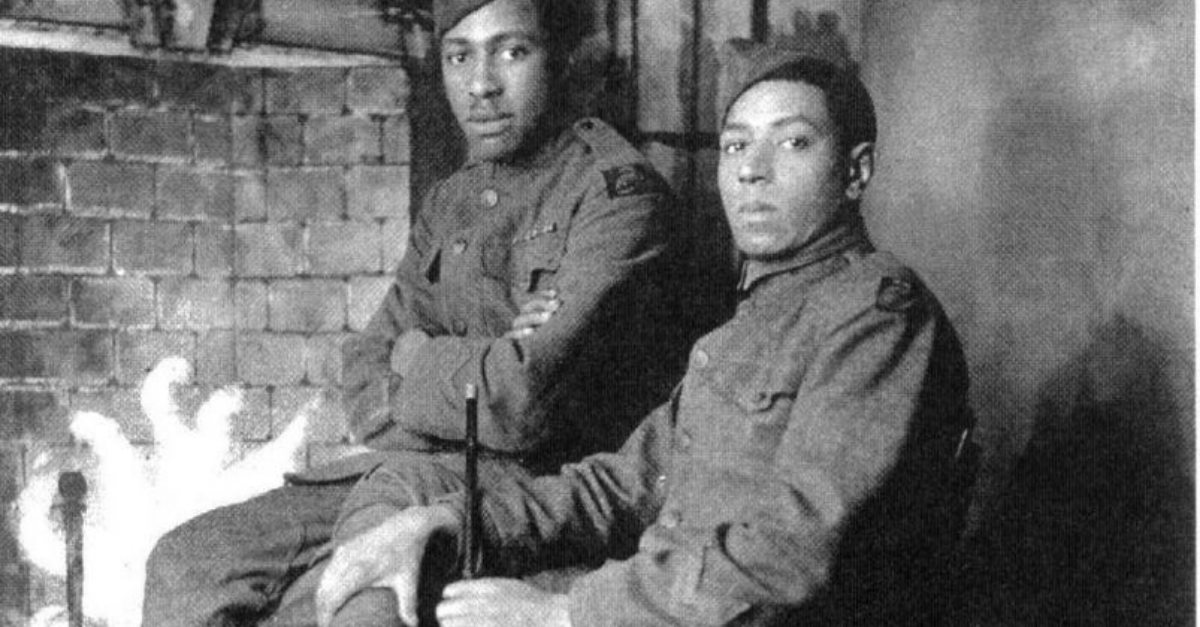 In the middle of the Argonne forest in Champagne, France, during World War I, New York National Guard enlistee William Henry Johnson would make history. The night started, but by the end, everything changed.

It started after midnight. William Henry Johnson, another New York National Guard, enlisted, Needham Roberts had been absorbed and made apart of the French Army, on behalf of the U.S, French allies. As they try to sleep that night in the jungle, William Henry Johnson heard sounds that made him believe that he and Needham were not alone. There were continuous rustling and clipping sounds. The clipping made Johnson think they could be under attack, considering it sounded like the perimeter of the fence being cut. After multiple failed attempts to wake his partner, who dismissed his warnings as hypervigilance, William Henry Johnson started gathering grenades, his bolo knife, and rifle cartridges.

The Battle of Henry Johnson

Roberts and Johnson started throwing grenades to scare off anything or anybody in the woods. Then, they saw a horde of German soldiers in the night, charging in their direction with bayonets. The next hour’s events were indeed nothing short of true bravery and heroism. Due to American racism and segregation, not only had Needham and Johnson not seen any combat, they had barely received training. Like many other black soldiers in the 369th infantry regiment, they were used for most physical labor and received inadequate training to soldiers in the all-white infantry regiments. When they saw they were surrounded, Johnson urged Roberts to run for help.

He returned shortly after leaving, not wanting to leave Johnson fighting alone. Shortly after returning, he was hit with grenade shrapnel in his arm and hip. From then, he was most helpful, handing Johnson grenades as he fought on his own. Without grenades, he started firing a rifle. Beneath enemy fire hitting his head, hands, and side, he reloaded an American cartridge into his french rifle. It jammed as the German soldiers surrounded him. Thinking quickly, Johnson used the french rifle as a club. He smashed it into german soldier’s heads to fight them off. He took a hit to the head when his rifle fell apart but got back up with his bolo knife. William Henry Johnson charged soldiers, burning the blade into his opponents. He hacked, stabbed, and fought to defend himself, and Roberts as the soldiers tried to drag him away.

An hour had passed with William Henry Johnson engaging in combat alone before reinforcements arrived. When they did, the German soldiers fled. The next day, medics dressed William Henry Johnson and Needham Roberts’ wounds, both men would make a full recovery. In the daytime, the battleground of what came to be known as “The Battle of Henry Johnson” was littered with puddles of blood, six dead bodies, while an estimated 24 others had been injured.

For his alliance, he was awarded the rank of Sergeant, and one of France’s highest awards of valor, the Croix de Guerre. Henry Johnson and Needham Roberts were the first American’s to receive the award. Johnson also received the Gold Palm for bravery.

He did not leave without scars. He took five bullets in his legs, arms, and even his head. He left with bayonet scars in his abdomen and had to have surgery late in life for his injuries. Twenty-one to be exact.  His courage in serving the country was not without bittersweet moments because he was African American. The United States praised his valor, with backhanded headlines such as, “When proudly speaking of fighting races, we must not overlook the American Negro,” in news outlets like New York Evening Telegram. Further, there was a parade for the Harlem Hellfighters. Still, it was also segregated, doubling down on the racial stigmas that even if you reach incredible feats, as an African American individual, you are not the same, and you are not equal.

Barack Obama awarded him the Medal of Honor posthumously, and June 5 is celebrated in Albany as Henry Johnson Day as the day he enlisted. Further, a Henry Johnson Award for Distinguished Community Service is given by the city. Before he died, he was asked what compelled him to fight so hard all he said was, “I just fought for my life.”