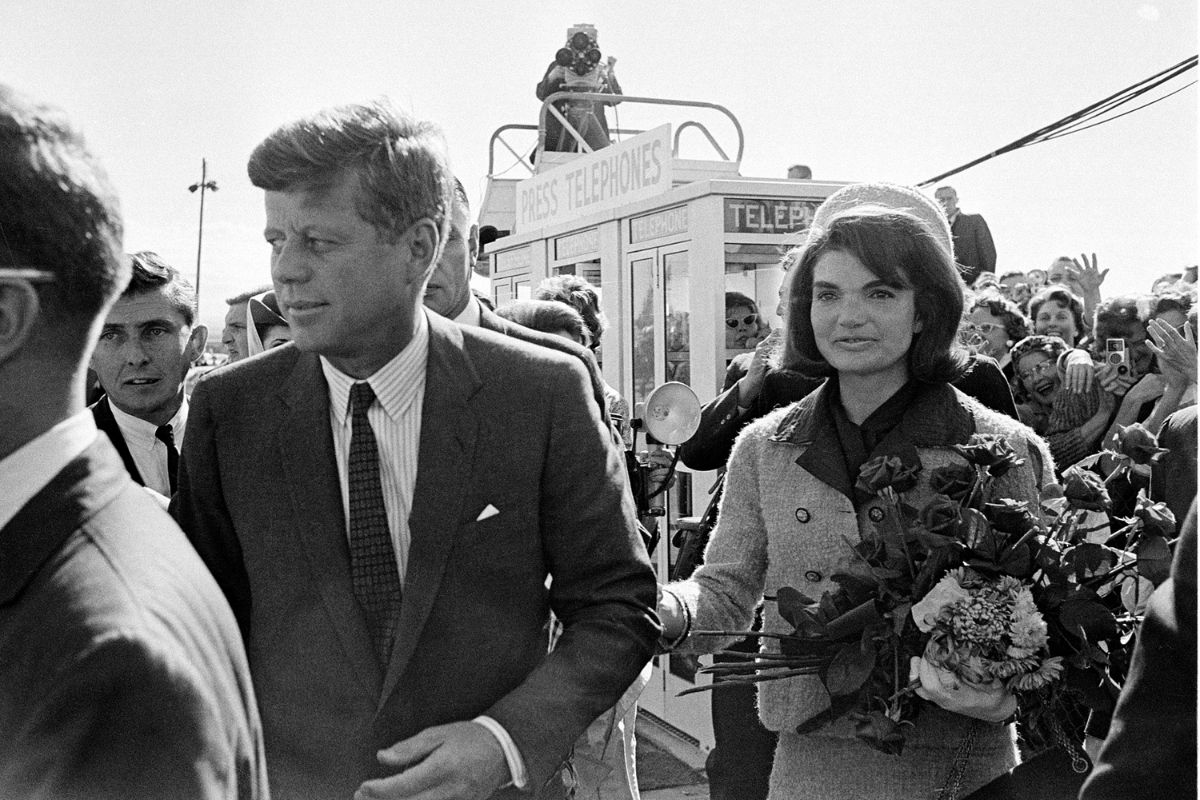 There are few historical outfits that are as iconic and instantly recognizable as First Lady Jacqueline Kennedy’s signature pink suit. Per CR Fashion Book, the ensemble was a raspberry pink double-breasted bouclé jacket and matching skirt with ?a quilted navy blue collar, gold buttons, and four square pockets.” The design came from Coco Chanel?s 1961 Fall/Winter collection.

Mrs. Kennedy had worn the suit a few times before November 22, 1963, but it became synonymous with her husband President John F. Kennedy Jr.?s assassination in Dallas, Texas. Jackie Kennedy wore the suit as she rode alongside her husband in a motorcade and famously kept it on, stained with her late husband?s blood, until the next morning. When encouraged to change into clean clothes, she declined, famously answering ?Let them see what they?ve done.?

The suit was a Chanel design, but it was fitted and sewn for Jackie Kennedy by the New York City boutique Chez Ninon with fabric, hardware, and trim sent from Paris. During the Kennedy presidency, it was expected that the First Lady would only be seen in clothes made in America. Jackie accessorized the outfit with a matching pink pillbox hat and white gloves.

As reported by Town & Country, the outfit was one of JFK?s favorites; he thought Jackie looked ?smashing? in it and specifically asked her to wear it in Dallas. After the shooting, Mrs. Kennedy wore the suit as she accompanied her husband to the hospital and then onboard Air Force One where she stood beside Kennedy?s Vice President Lyndon B. Johnson as he was sworn in as President of the United States on the way back to Washington, D.C.

The Suit Remains Off Limits To The Public

Unlike many other artifacts from the Kennedy administration, the famous pink suit remains protected within a ?custom made acid-free box in the climate-controlled National Archives building in College Park, Maryland? along with the rifle used by Lee Harvey Oswald to shoot President Kennedy, bullets, and bullet fragments from the shooting, and millions of pages of records on the assassination. The famous pillbox hat and gloves were lost in the melee of the assassination. The suit and her other accessories and stockings were forwarded to the National Archives by Kennedy?s mother with a handwritten note reading “Jackie’s suit and bag ? worn November 22, 1963.”

When Jacqueline Kennedy Onassis died in 2003, her daughter Caroline Kennedy became the technical owner of all of her mother?s possessions, including the famous pink Chanel suit. Kennedy signed a deed of gift officially turning over the suit to the National Archives with a provision that the suit not be displayed publicly until at least 2103, ?so as to not in any way to dishonor the memory of the late President or cause unnecessary grief or suffering to members of his family.” In 2011, senior archivist Steven Tilley told the Washington Post that ?[the suit] looks like it’s brand new, except for the blood.”