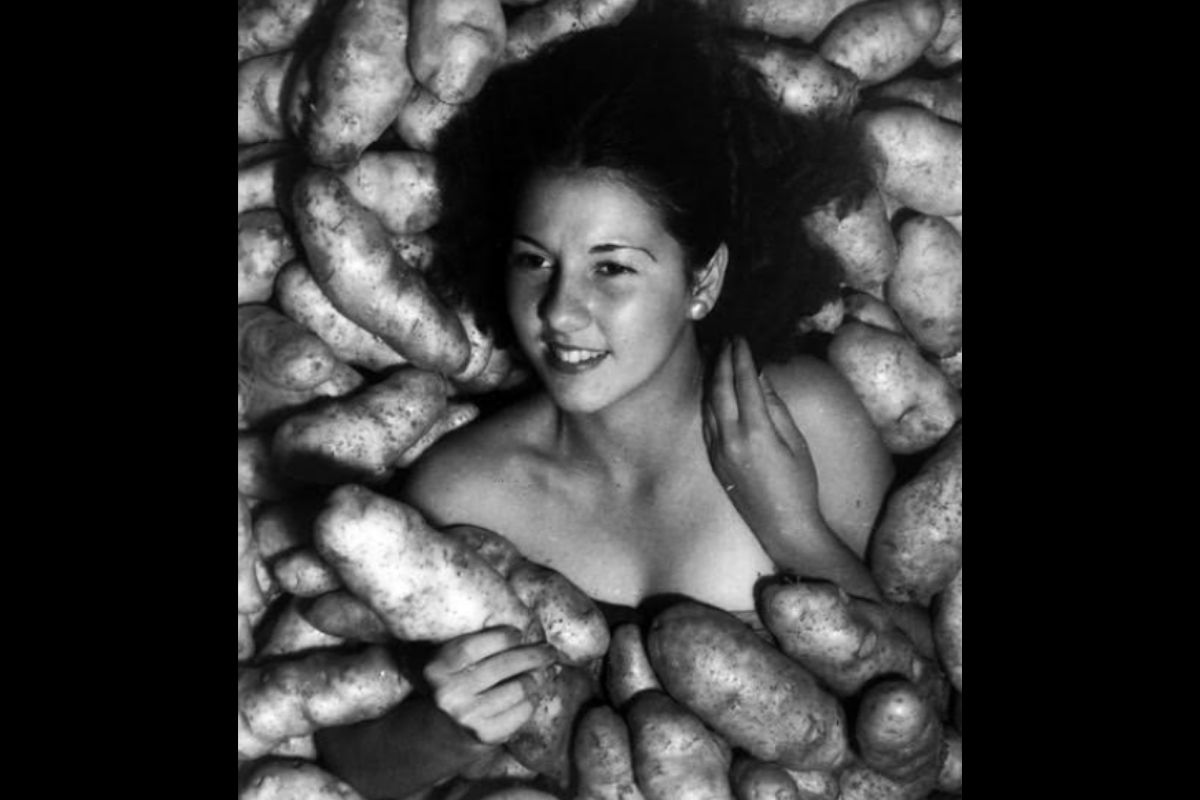 Today, weird internet fads and memes are commonplace. Are they more weird, however, simply because they are on the internet? I’d wager that people have been doing weird things since way before we had the internet. We just didn’t have the technology to capture and share it all at once. This particular weird thing dates all the back to the Depression era?1935, to be specific. This tuber-centric gem of an oddity was found via the Facebook page of the Idaho Potato Museum.

Before technology advanced our lives and beauty pageants became the largely televised fancy-dress-and-one-talent parade we now recognize (the Miss America pageant, for example), there were more *creative* beauty pageants. Along with these strange pageants went the prizes of strange beauty queen titles.

This young woman’s photo is allegedly from one of those.

This pic of a possible Potato Queen in a bed of taters and spuds is one of many weird photos out there and people don?t usually question their validity. However, this one, in its revolution around the world wide interweb, is raising a lot of questions.

Here?s where it gets weird. The photo is always captioned: “Miss Idaho potato photoshoot 1935”. It is often assumed that she was auditioning for Miss Idaho, hoping to go on to be crowned Miss America. However, the Miss Idaho website and a Wikipedia page that condenses the state?s involvement in the Miss America contest state that during the years from 1934 to 1938, no representatives from Idaho were sent to the Miss America Pageant. The information cataloging Idaho contestants only dates back to the fifties.

There seems to be a shortage of information concerning the photo’s context. Essentially, there?s really no evidence linking this image to the Miss Idaho competition. The best information that could be found is this theory: In the late 40s and early 50s, old school PR agencies for models and talent in beauty contests were using images of women with various fruit, vegetables or meat/protein products. Hence vintage photos such as the aforementioned. And this one:

The bizarre list goes on and on. What a time!

Editor’s note: This article was originally published on June 12, 2019.