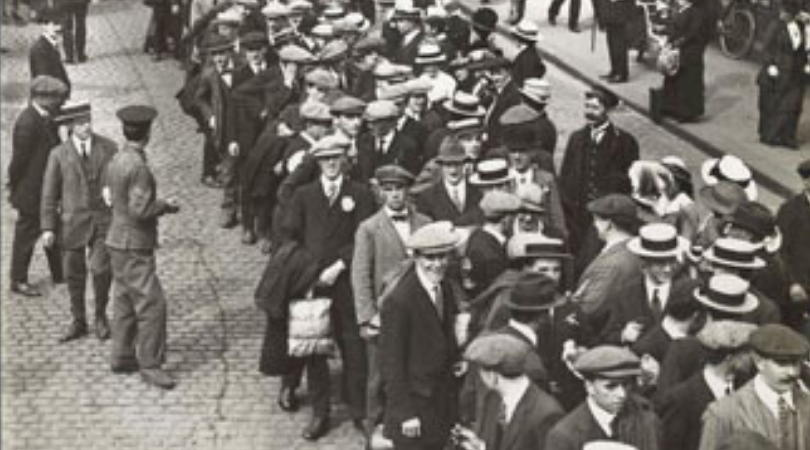 The Pals Battalion started off as a really good idea. It was the First World War initiative by the British army to encourage young men to join the fight. The incentive used was a specific battalion that could be joined in which you would be serving your country alongside neighbors, friends i.e. “pals” by enlisting together in the Pals Battalion. This effort took a lot of stress off of the War Office’s need to recruit.

In 1914 a man by the title Lord Kitchener was the British Secretary of State for War. He was convinced that the key to winning the war was manpower. So they needed young men of all classes to join the army. However, this was a new concept. Britain had always either used professional soldiers, gaining membership from the gentry or lower classes. General Sir Henry Rawlinson suggested that letting people sign up with their friends might to make the opportunity seem more appealing.

A battalion of London stockbrokers was assembled as an example. In late August of 1914, this “Stockbrokers’ battalion” was enlisted by sixteen hundred men, royal fusiliers, within a week. A Pals Battalion in Liverpool was joined by 1500 men in two days. Shortly after four more Battalions were formed in Liverpool alone. By the end of September 1914 more than fifty towns had their own Pals battalions.

The Battle of The Somme

TIL during WWI, the British Army had “Pals battalions”; letting men from the same community to serve in the war together. This practice was ended after the Somme offensive, as entire battalions were wiped out, meaning their communities back home were devastated. from todayilearned

A majority of the Pals Battalions were infantry battalions. For two years the program functioned well. The Battle of The Somme showed a major, if not the only downside of the program. The Somme Offensives took place the first day of battle during World War One. It required the Accrington Pals, the 11th (Service) Battalion, and Pals Battalions from Sheffield, Barnsley, Bradford, and Leeds to attack the village of Serre. Serre proved extremely difficult to conquer. The village wasn’t taken until February of the next year and many lives were lost. Of the 700 Accrington Pals, who fought in the attack, 350 were wounded and 235 died within the first twenty minutes of battle.

This was the problem with Pals Battalions. By recruiting large groups of young men entire towns, villages, and communities there was a loss of hundreds of people in battles with high casualties. After the Battle of The Somme, the Pals Battalions were largely disbanded.