People Used to Mail Their Children Through The US Postal Service, Seriously! 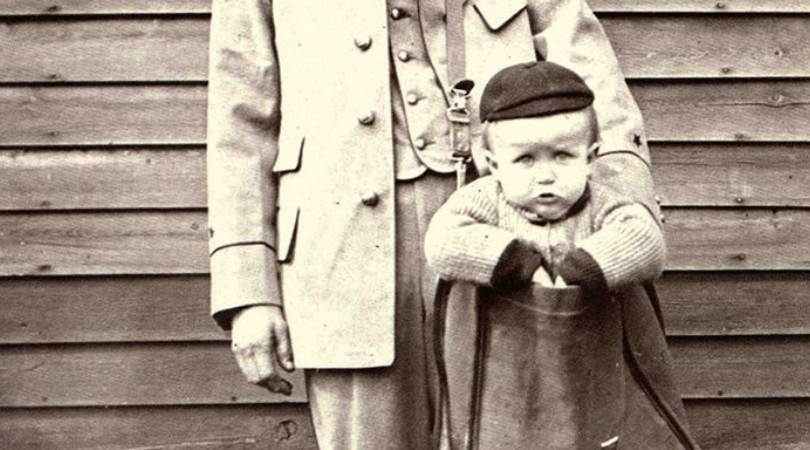 Today we can receive anything via mail, but quick question…would you ever consider mailing a child? At some point in the early 20th century, when clearly the world had no manners or sense, children were, at times, sent through the U.S. Postal Service. Yep, that’s right, we were mailing children.

When the Parcel Post Service was a new service opening in January of 1913, it gave Americans the ability to send and obtain packages and items at a speed they had previously been unable to. Unfortunately, one of the things being sent through the mail was human beings. Since life was a bit more simple/safe at this time, and a lot of trust was placed generally in each other and the mailmen. So yeah, people felt comfortable doing this. Also, postage was cheaper than train tickets, so it’s not like they were in boxes or anything. But still very wild!

The first people to do this were Mr. and Mrs. Beagle of Glen Este.  A New York Times article from the same year tells the tale of the delivery. A baby boy from Ohio was sent to his grandparent’s house. He weighed 10.75  pounds- just within the allotted 11-pound weight limit. Vernon O. Lytle, a mail carrier on a rural route was the first mailman to make this type of delivery. Thankfully, the boy’s grandparent’s house was only a mile away. And they insured him for fifty bucks. So, I guess they kind of tried.

The most popular and outrageous incident came from February of 1914. Charlotte May Pierstorff, a four-year-old girl from Grangeville, Idaho was also shipped. Her final destination was also her grandparent’s house via mail train – SEVENTY-THREE MILES AWAY! Nancy Pope wrote about the incident for the National Postal Museum. The event was turned into a children’s book, entitled Mailing May. In full disclosure, she did have a family member who worked for the Railway Mail train, so it wasn’t as sketchy as it would be today.

The United States Postal Service eventually put their foot down and enforced on postal regulations. Hence some of the ones we have today, which do allow for some special deliveries like shipping some live animals, but they definitely had to learn through trial and error.