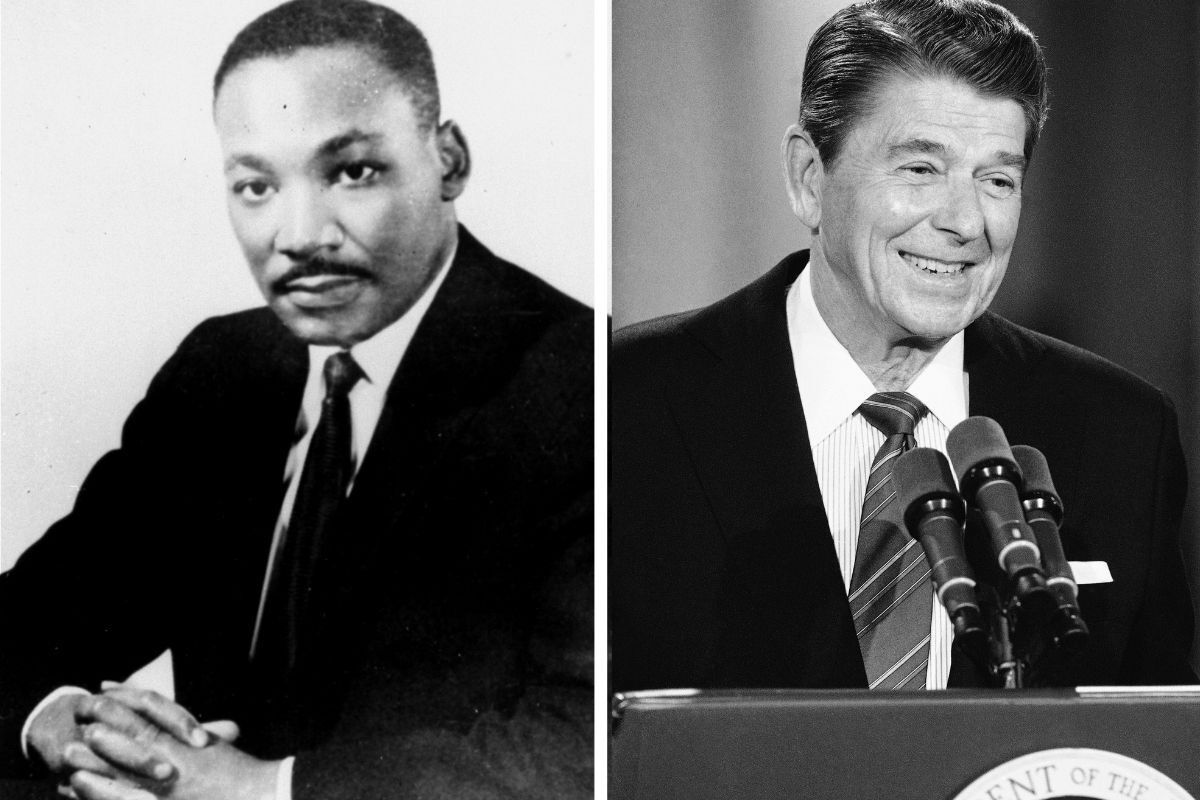 When Martin Luther King Jr. Day became a national holiday, there was a controversy that sparked before Congress officially passed the bill that made every third Monday of January an American federal holiday. And it involved President Ronald Reagan making a specific telephone call to Dr. Martin Luther King’s widow, Coretta Scott King, to apologize and explain what he actually had meant when he accused the civil rights leader of being a communist sympathizer or having communist associations.

In 1983, Reagan had made the call on his own from the Oval Office of the White House, explaining to Mrs. King that he “did not want his remarks misinterpreted.” And according to White House aides, they said that Mrs. King responded that she “understood.”

Mrs. King had reported that President Reagan did apologize for the remark he had made, explaining how, “it was a flippant remark that was made in response to what he considered a flippant question,” to which she, “told him that I understand. I told him we all make mistakes and that I attributed it to human error.”

However, even though President Reagan also confirmed to reporters that he had apologized during their conversation, White House spokesman Larry Speakes said that the former president did not apologize, but rather explained how his remarks had been misinterpreted, as reported by the Washington Post.

The controversy had erupted when the former Republican governor of New Hampshire, Meldrim Thomson, had revealed some contents of a letter sent to him by President Reagan that stated that King’s legacy was only built off of myths. The letter was a response to a previous letter sent from Thomson, asking that the president not sign the bill that would make the King holiday an official holiday of the United States. Thomson called the civil rights movement leader, a man of “immoral character whose frequent associations with leading agents of communism is well established.”

Reagan did shares some of the conservative’s doubts about King, saying, “I have the same reservations you have But here in Washington the perception of too many people is based on an image, not reality. Indeed the perception is reality. We hope some modifications might still be made in Congress,” and also addressed the closed 1977 FBI files that were possibly going to be opened for congressional review.

The FBI files were originally closed back in 1977 for half a century as part of a court settlement of a harassment suit filed by the King family against the FBI. And when asked if he agreed with Senator Jesse Helm’s allegations that King was a communist sympathizer on national television, President Reagan replied, “Well, we’ll know in about 35 years, won’t we?” adding that he was questioning about Helms’ “sincerity” in delaying the Senate vote until the FBI files could be opened.

Nevertheless, Mrs. King eventually called President Reagan’s comments “certainly strongly racial,” explaining how the president had insulted African Americans. And according to administration officials, President Reagan had told his top aides that he understands that the FBI files contain no evidence of communist activities by MLK and that the thing that was revealed in those transcripts was King’s marital infidelities.

A White House adviser said, “It was only a throwaway comment to get rid of the subject. It was his way of getting away from the topic and reiterating that he supports keeping the records sealed . . . . If we felt any evidence was there of King being a communist you better believe we’d seek to open the files up,” adding that the only reason why the president was opposed to MLK Day, was not because he believed King was a communist sympathizer, but because of the cost of the holiday to the economy.

Watch: Samuel Jackson Was Once an Activist That Held MLK?s Father Hostage