These ‘Swamp Trees’ are Older Than Christianity! 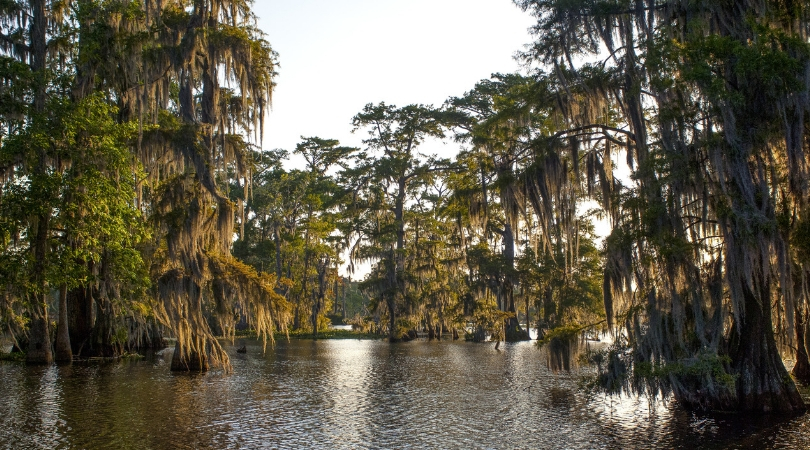 Just when we thought we knew everything…something new comes up to remind us of our place in the universe. And it’s happened again. Really, what would we do without geologist, anthropologist, and everyone else willing to spend time outside while the rest of us are glued to our blue lightboxes? They go out in the real world learning stuff for us so we can, in turn, learn about it on our blue lightboxes. They’re the unsung heroes of…well, everything.

This time they have brought us the discovery of one of the oldest wetland trees in existence. This tree is capital: OLD.  It’s 2,624 years old to be exact. The Bald Cypress was found in eastern North America, in a North Carolina swamp. It is scientifically known as Taxodium Distichum and has been quietly growing in North Carolina’s Black River. Specifically, in the Three Sisters Swamp. Another tree in the area is 2,088 years old. The Black River is the spot for some of the Northeast’s oldest trees and is is the largest collection of ancient trees.

Growing in a locale that must be traveled either by kayak or canoe due to the root systems of the trees being submerged, has allowed the trees a unique opportunity to grow and a seat to climate change over the millennia. In regards to how the trees have grown, these cypress swamp tree trunks are 3-4 feet around and the tops of the large buttresses have flat tops from years of storm damage. Typically Cypress trees don’t grow very tall, but here some of the tallest trees are about 90 feet high.

The upwards of tens of thousands of trees in this area, only about 110 have been “cored” – a harmless technique that allows geologists to look closely at the trees rings. Taxodium Distichum measures time through its rings, like most trees. The ones in the Three Sisters Swamp hold exceptionally accurate climate change records specifically documenting times of rainfall, floods, and even times of drought. The width and color of the bands are indicators of both. Smaller rings represent lack of rain, and larger ones represent ample rain and therefore, growing seasons. A particular fascinating discovery from the 2,624-year-old tree was a two year period of drought dating back to 1587. Potentially explaining why one of the first American Colonies, Roanoke disappeared without a trace from North Carolina been 1587 and 1590.

It is estimated that some older trees in the swamp are two thousand years and up, putting them amongst some of the oldest living trees in the northern United States and possibly on earth. David Stahle, a professor at the University of Arkansas, who led the long-term investigation, believes that some of the trees are approaching 3,000 years old! This swampland cluster is a rare find considering that fewer than

Finding this cluster of swampland trees is a great feat for multiple reasons. Fewer than 1 percent of original bald cypress forests are standing, David Stahl said in a statement. may of them have been a victim of logging, essentially becoming mulch. This land is owned privately by the North Carolina Chapter of the Nature Conservancy. This doesn’t completely protect the trees from harmful environmental factors, however, such as rising sea levels, water pollution, and climate change. While the North Carolina Black River is noted as an extremely clean water source, it isn’t impervious.

If you want to see this Ancient Bald Cypress check out the Three Sisters Swamp on State Road 1550 bridge and North Carolina 53 bridge on the Black River. Their website offers the following details for seeing the tree. This is officially on my bucket list of trips to take!

“For a 9-mile float, begin at Henry?s Landing, a private landing 1.5 miles downriver from the State Road 1550 bridge. Launch fee is $5 per canoe or kayak. It?s five miles to the swamp and another four miles to a private landing at the N.C. 53 bridge; fee is $3 per boat. Another 1.7 miles downriver is a no-fee Wildlife Resources Commission boat ramp. Paddlers not familiar with the swamp should go with an experienced group or an outfitter.”

This article was originally published on August 7, 2019.