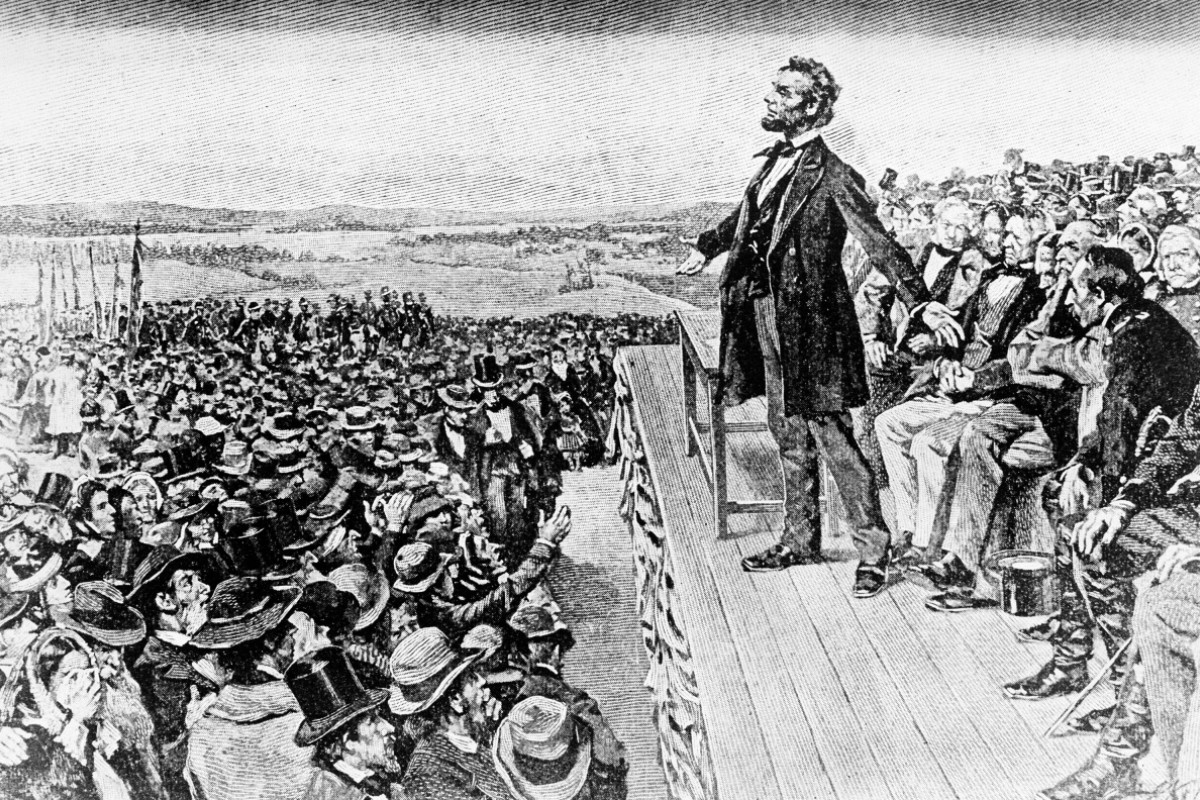 The President of the United States is the highest office in the land, but winning the White House is a tall order. Any candidate must prove he?s fit to stand on the shoulders of giants that came before?they?ve big shoes (or, er, long pants?) to fill, you might say.

But not all presidents have stood as tall as others. The tallest president Abraham Lincoln at 6?4? would have towered over the shortest president, James Madison, who was 5?4?.

Even Madison, however, was only a couple inches shorter than the average height of his era. The next three shortest U.S Presidents, Martin Van Buren, Benjamin Harrison (both 5?6?), and William McKinley (5?7?) were pretty average as well.

With the advent of televised coverage of presidential campaigns, the physical appearance of candidates began to matter more than ever to voters. Consider the first televised debate between a 6?3? John F. Kennedy vs. 5?11” Richard Nixon. Nixon led in polls up until the debate, but once voters saw the candidates side-by-side for the first time, the handsome democrat took the lead. After Kennedy?s assassination, his vice president Lyndon Johnson became the second tallest U.S. president ever at 6?3 1/2?. He would win his re-election campaign against a shorter opponent as well. Coincidence?

Tall victories went to former American presidents William Henry Harrison, Theodore Roosevelt, Ronald Reagan, and Harry Truman. With just half an inch to spare between the two, the taller Dwight D. Eisenhower defeated Adali Stevenson twice.  And our first president, George Washington, though running unopposed, still managed to set a high standard for the office at 6?2?.

Following the Obama presidency, Donald Trump?s 6?3? towered over Hilary Clinton?s 5?5? and won. But Trump, the third tallest U.S. President whose body mass index is just shy of obese, lost his second race to the shorter Joe Biden, who is 5?11?.

Final world? While it?s true that the taller president has won more often, there?s no strong correlation between height and presidential victory. There are much better predictors than height ? like the incumbent party record or the state of the economy.