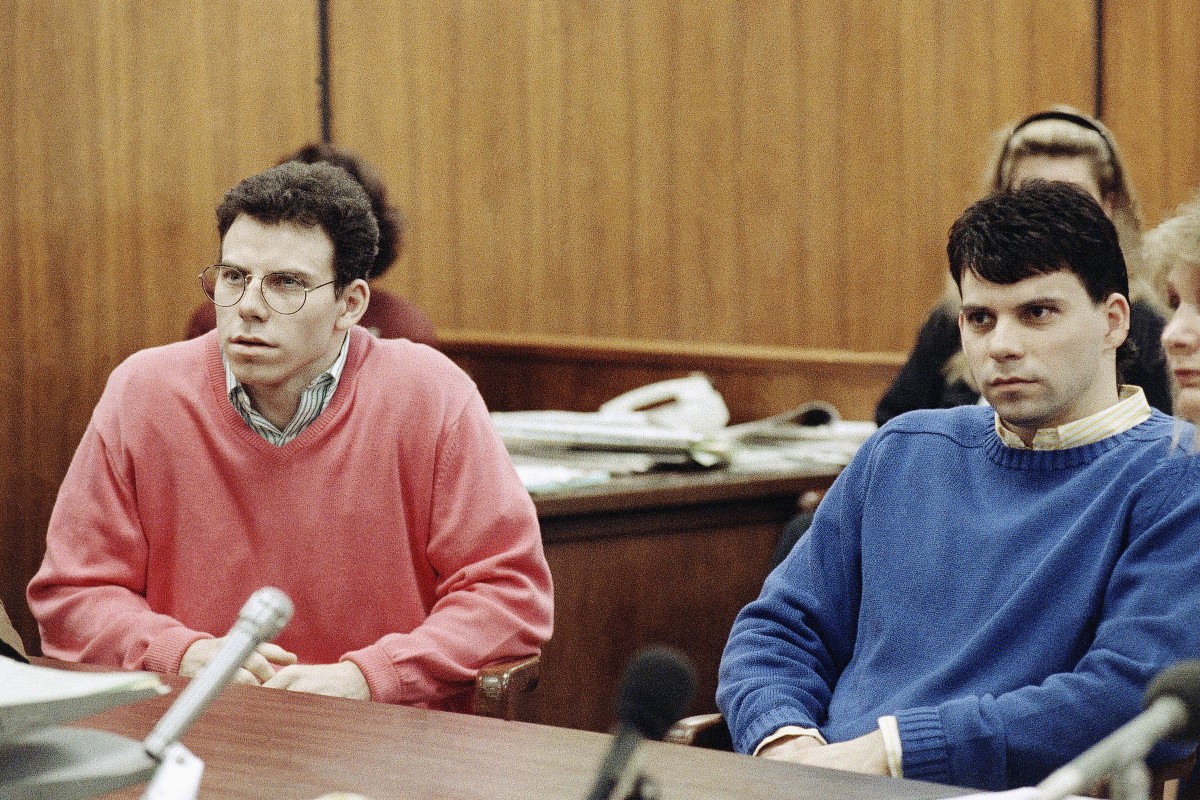 Our story begins on August 20, 1989, at around 10 p.m., when brothers Erik and Lyle Menendez open fire on their parents in the family’s 9,000-square-foot Beverly Hills mansion. Their father, 45-year old entertainment executive Jose Menendez, was shot point-blank in the head. Their mother, former beauty pageant queen Kitty Menendez, was shot multiple times in the body and face.

More than three decades after their parents’ brutal slayings, the Menendez brother’s murders remains one of the most infamous true-crime stories in United States history. The grisly tale continues to inspire cinematic and televised retellings, including a Lifetime movie, an eight-hour NBC mini-series, and an ABC documentary. The shotgun slayings of Jose and Kitty Menendez were unthinkable, but what happened after their murders were equally shocking. Read on to learn more about the aftermath of the Menendez family murders and the murder trial that captivated the country.

What Happened on the Night of The Menendez Murders?

After bursting into the den of their sprawling California home and discharging 15 shots into their parents, Lyle and Erik Menendez drove to a movie theater and purchased tickets for Batman. The brothers then tossed their 12-gauge shotguns and changed out of their bloody clothes before heading home and calling the cops. Lyle called 911 sobbing, “Somebody killed my parents!” (His dramatic whine would later be parodied in The Cable Guy).

In the week that followed the murder of their parents, the brothers behaved as if they’d just won the lottery.  Lyle, a 21-year-old who had recently been suspended from Princeton University for plagiarism, went back to New Jersey and bought a Porsche along with a Rolex watch. His brother, 18-year-old Erik, hired a private tennis coach for $50,000 per year. The two of them took exotic vacations and made frivolous investments, spending an estimated $1 million of their self-made Cuban immigrant father’s $14 million fortune.

It was Erik who confessed their crime to his therapist, Dr. Jerome Oziel. Eventually, Oziel obtained recordings of both brothers confessing to the murders. The therapist told his mistress, Judalon Smyth, about their confession, and she went to the police. Because of doctor-patient confidentiality laws, prosecutors and the brother’s defense lawyers would battle for two years over whether the recordings could be used as evidence. Ultimately, the Supreme Court of California ruled that two of the three recordings were admissible as evidence.

In December 1992, both brothers were indicted and tried separately for murder. During the trials, prosecutors alleged that the spoiled brothers killed their parents out of greed, eager to take the family fortune for themselves. The Menendez brothers’ team of defense lawyers,  led by the infamous Leslie Abramson, maintained that the brothers had acted in self-defense after a lifetime of suffering physical and sexual abuse at the hands of their parents.

Because the two juries couldn’t agree on whether the brothers were murderers or acting in self-defense, the initial cases were declared a mistrial. The brothers were retried in 1995. The second trial was much less publicized since the judge would not allow the proceeding to be filmed for court TV and much of the American public had turned their attention to the O.J. Simpson case.

“The Menendez Murders: The Shocking Untold Story of the Menendez Family and the Killings that Stunned the Nation”

In May 1996, the brothers were both convicted of first-degree murders with special circumstances and conspiracy to commit murder. They were given life sentences without parole. “We did think there was psychological abuse to some extent. I think most of us believed that” one jury Los Angeles Times. “Sexual abuse? I don’t think we’ll ever know if that’s true or not.”

The state of California opted to send the brothers to separate prisons.  Erik was sent to Folsom State Prison and Lyle to Mule Creek State Prison. After 22 years apart and multiple transfer requests, the brothers would be reunited. In 2018, Lyle was relocated to the same housing unit as Erik in the Richard J. Donovan Correctional Facility in San Diego.