The Tylenol Murders Are the Reason Consumer Products Have Safety Seals 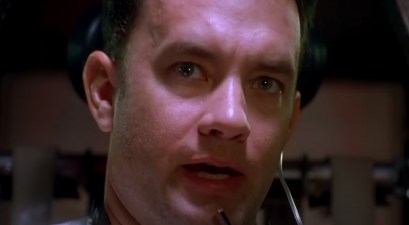 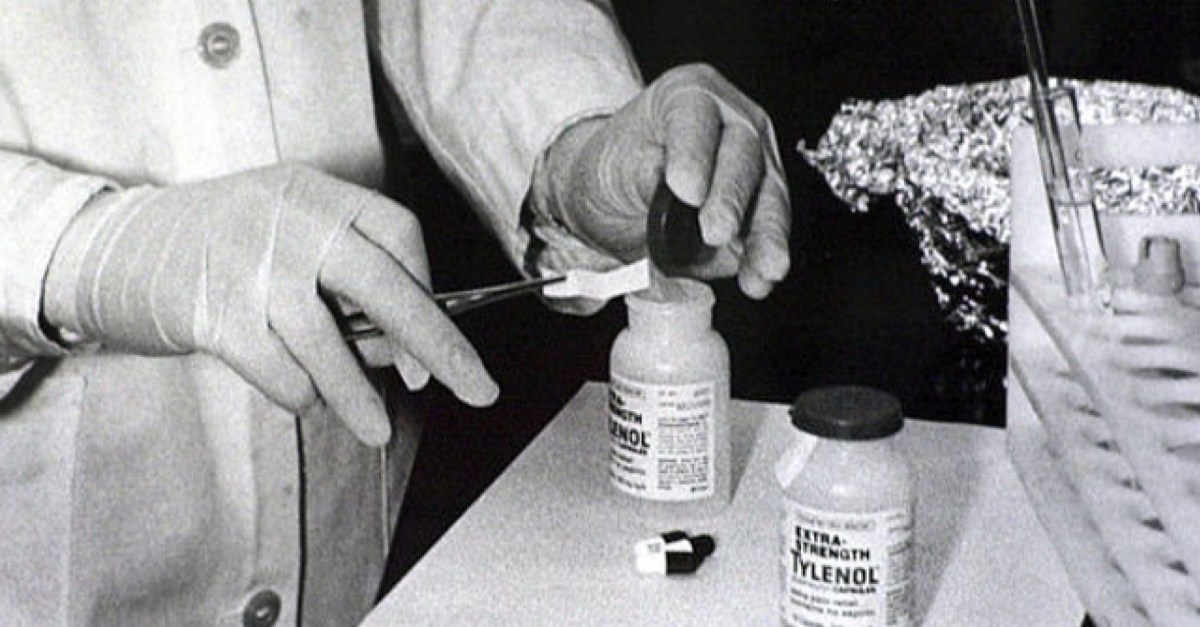 Life was a little different in the eighties. New musical sounds were emerging, hairstyles were different, but the population was also different. Without the extent of knowledge right at the click of a button, some might say things were simpler. People also didn’t have to live with the specific fear of others doing something unpredictable. The Tylenol murders helped change that and many still hold residual fear from them. What makes this situation worse is that it is still a cold case. It all started in the Chicago area in September 1982.

A 12-year old girl by the name of Mary Kellerman was the first innocent and unassuming victim. She was likely experiencing a common cold or allergies: runny nose and a sore throat. We’ve all been there. Naturally, her parents did what most of us do and gave her one (child’s dose) of extra-strength Tylenol. That was at 6:30 am. Within thirty minutes, Mary Kellerman was dead. The Tylenol capsule she took was laced with potassium cyanide.

A Postal Worker and His Family

The same day, Adam Janus from Arlington Heights, Illinois died. Initially, it was thought that the 27-year-old died of a heart attack. That would be a strange cause of death considering his age. It was actually cyanide poisoning from a capsule in a Tylenol bottle that killed him. When Adam’s younger brother, Stanley, and his wife Theresa made their way from Lisle, Illinois to where Adam lived, they mourned with their loved ones. To ease the physical pain of headaches and the like they each took an extra-strength Tylenol capsule. This was from the same bottle that Adam had taken his fateful Tylenol from earlier. Stanley and Theresa met the same fate, Stanley and his brother died the very same day.

These unprecedented occurrences became news and created fear in a vast majority of people about buying over the counter medication, and the pain reliever by Tylenol specifically. More Tylenol deaths occurred in under a week’s time.

September 29, 1982. 37 years ago. The Tylenol murders. 7 people are killed in the Chicago Metropolitan area after swallowing Tylenol capsules laced with cyanide poison. Investigations determined that the pills had not been laced during manufacturing, which meant that somebody had taken the bottles off the shelf, and filled the detachable capsules with cyanide, before returning them to the pharmacy shelves for innocent victims to purchase. Johnson & Johnson reacted immediately by recalling 264,000 bottles of Tylenol and offering free replacements for customers who had already purchased. The incident cost the company $100 million, however, they were able to rebound quickly by replacing the capsule pills with much safer tablets. The murders also led to nationwide 'safety-seals' being placed on almost all medication and food products, allowing consumers to know if whether or not their product had been tampered with and prevent a similar event from ever happening again. The murderer was never caught. #tylenol #tylenolmurders #cyanide #capsules #tablets #medication #chicago #illinois #windycity #johnsonjohnson #1980s #80s #1982

Mary “Lynn” Reiner was a mother of four. She’d recently giver birth to her youngest child and was at her home in Winfield with her week-old infant. She, too, took a cyanide poisoned capsule and died shortly thereafter.

Paula Prince, who worked for United Airlines was found dead in her apartment two days after she bought Tylenol at her local Walgreens.  Another woman named Mary McFarland collapsed on the job, also having taken poisoned pills.

The Culprit Was Never Found

The police department went to work immediately to figure out what happened. Medical examiners all discovered that the deaths were due to each victim having taken pills from laced bottles of Tylenol that were sold in stores. Johnson & Johnson, Tylenol’s manufacturer recalled 31 million bottles of Tylenol. They discovered that while the bottles that were tampered with were all in Chicago, they had all been manufactured in different places. So, the manufacturer wasn’t to blame. The tampering had to have occurred between production and being sold on store shelves. They hypothesized that whoever this individual was poisoning people was going into the stores, taking bottles of Tylenol from the shelves, and returning later after putting poison in them. Johnson & Johnson alongside the FDA created tamper-proof bottles. This was soon the norm. Foil seals were placed on many consumer products after the Tylenol case. The “capulet”, a newer version of the old capsules were introduced. The gelatin-capped capsule made it nearly impossible for the new Tylenol to be tampered with. While the culprit was never found, most companies in the industry followed suit hoping never to see a repeat of the Tylenol murders.