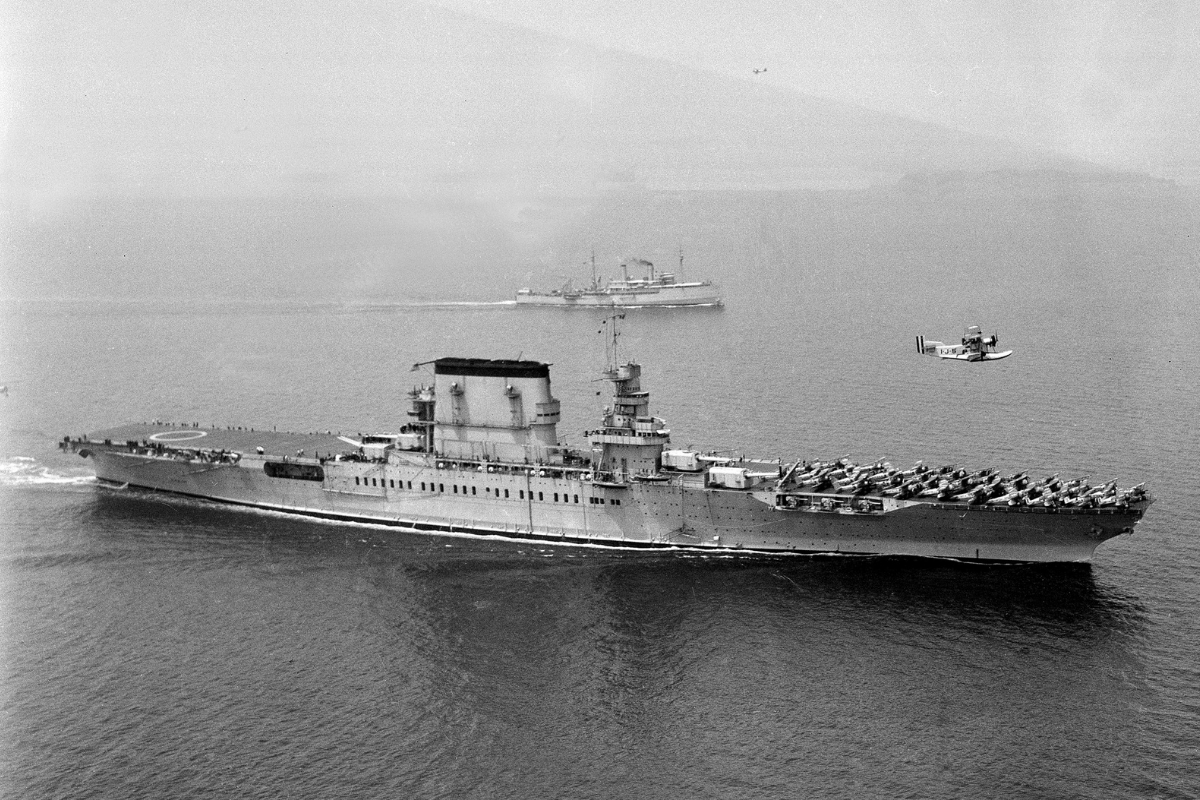 Deep-sea expeditions have rekindled public interest in the fate of the USS Lexington, an American aircraft carrier sunk by Japanese forces in the early days of World War II. In 2018, the research vessel R/V Petrel?owned by billionaire explorer and Microsoft co-founder Paul Allen — uncovered remains of the doomed vessel 500 miles off the Eastern coast of Australia.

The Day the USS Lexington Sunk

The Lexington was sunk on May 8, 1942, during the Battle of the Coral Sea. Originally built as a battlecruiser, the vessel had been refitted as one of the U.S. Navy?s first aircraft carriers. Known to her crew as ?Lady Lex,? the vessel was also the first US aircraft carrier to be sunk in battle, taking 216 crew members and 35 aircraft down with her.

The Battle of the Coral Sea is considered the first setback in a string of early wins for Japanese forces in WWII. On the day Japan bombed Pearl Harbor, the Lexington was transporting aircraft to Midway Island and escaped destruction. The carrier didn?t see any sustained action until May 4, when it sailed into the Coral Sea to block Japanese advances in the area.

Alongside the USS Yorktown, Lexington faced down three Japanese carriers, the Sh?h?, Sh?kaku, and Zuikaku on May 4. American aircraft located and sank the lighter Sh?h? on May 7, and the next day managed to badly damage the Sh?kaku. But the Japanese managed to torpedo and bomb both U.S. Navy carriers. The Lexington survived to deploy aircraft for several hours more, but a secondary explosion set fires burning out of control across the vessel. The crew abandoned the ship, and Lady Lex was torpedoed to the bottom of the ocean by an escorting battleship, the USS Phelps.

The Lexington remained there, two miles below the surface, lost for almost 60 years before the R/V Petrel came along. Allen had already discovered several famous sunken WWII vessels?the USS Indianapolis, the Japanese battleship Musashi, the Italian WWII destroyer Artigliere, and the battleship USS Ward, to name a few?before he set out to find the wreck of Lady Lex.

Stunning video footage of the wreck shows much of it left intact, from the ship’s name in multiple places and the rifling of anti-aircraft guns. Many of the aircraft aboard are also identifiable, including Douglas TBD-1 Devastators and Grumman F4F-3 Wildcats.

Relatives of those who served aboard the ship celebrated its discovery, including Head of US Pacific Command Admiral Harry Harris. Harris praised the Petrel?s find in a statement: “As the son of a survivor of the USS Lexington, I offer my congratulations to Paul Allen and the expedition crew of Research Vessel Petrel for locating the ‘Lady Lex’.”