The 1938 Radio Broadcast of ‘War of the Worlds’ 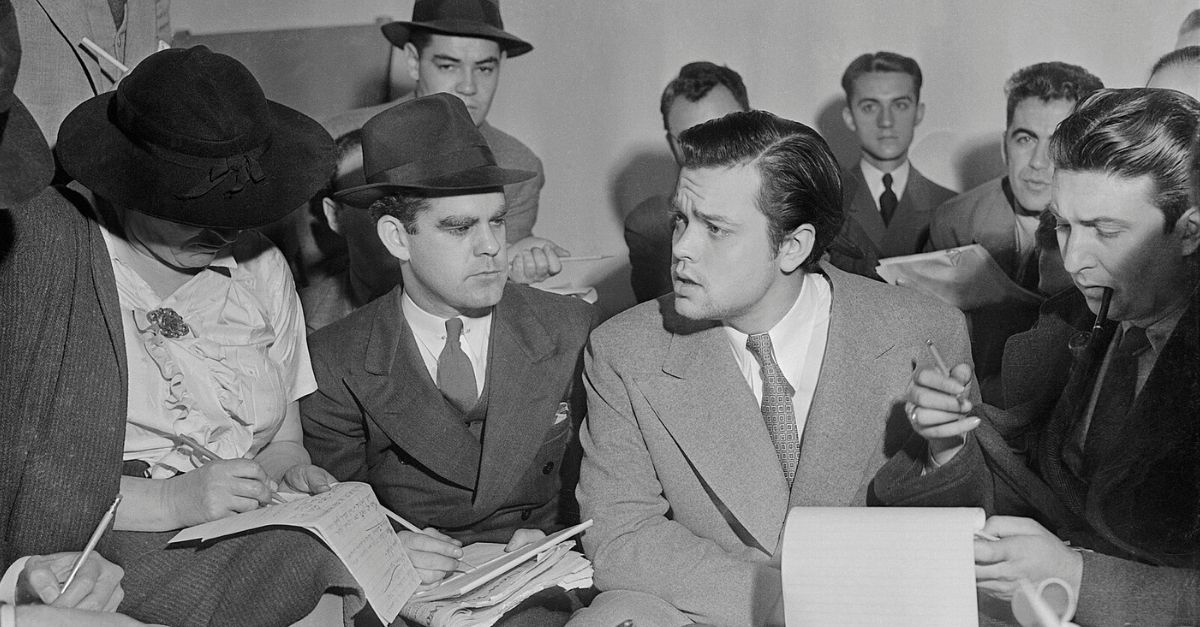 For as obsessed as we are with outer space and our potential galactic neighbors, as a whole, we have yet to meet them. Perhaps we’re so ready to accept the security (or nightmare?) of others out there that we’d accept it without reason for logic. In 1938 when The War of the Worlds was broadcasted on a radio program, too many Americans were convinced an alien invasion was really happening.

World of the Worlds

The “report” was a play with full theatrics, including actors. The play was called “The War of the Worlds,” a science fiction novel by H.G. Wells. The War of the Worlds was about earth being invaded by Martians from the red planet and life under their rule.  In October 1938, a 23-year-old  called Orson Welles decided to bring it to live for national radio drama. He’d worked in radio for a little while, but was unprepared for the response his radio broadcast would have.

The show began as it always did on the Columbia Broadcasting System at 8 p.m, Sunday evening. The announcer introduced Orson Welles and the Mercury Theatre as well as the play title. However, primetime was 8 p.m., and while millions of Americans were listening to the radio programs, one of the most popular at the time was a different one. Edgar Gergen the ventriloquist and his dummy were one of the prominent acts. Their show ended a little after.

“An explosion on Mars”

Thus, the 8:15 window was generally around the time that people switched over to the CBS broadcast. On October 30, 1938, many people tuned in right in time to hear the sci-fi story well underway, proclaiming that there was an explosion on Mars and New Jersey was under attack by Martians. As real art should, the play sucked in the listeners. Many late-comers believed that a martian invasion consisting of extraterrestrials in fighting-machines was actually occurring and that the entire broadcast was breaking news.

It became evident very quickly that several people had taken the broad seriously. Some simply just learned to blow it off, taking it as a joke, of course, but some networks learned an important lesson about content delivery. As for Orson Welles, he landed a Hollywood studio contract for Citizen Kane, which he wrote, directed, and produced.