“Hitting a bullet with a bullet.” That’s the U.S. plan to defeat North Korean missiles 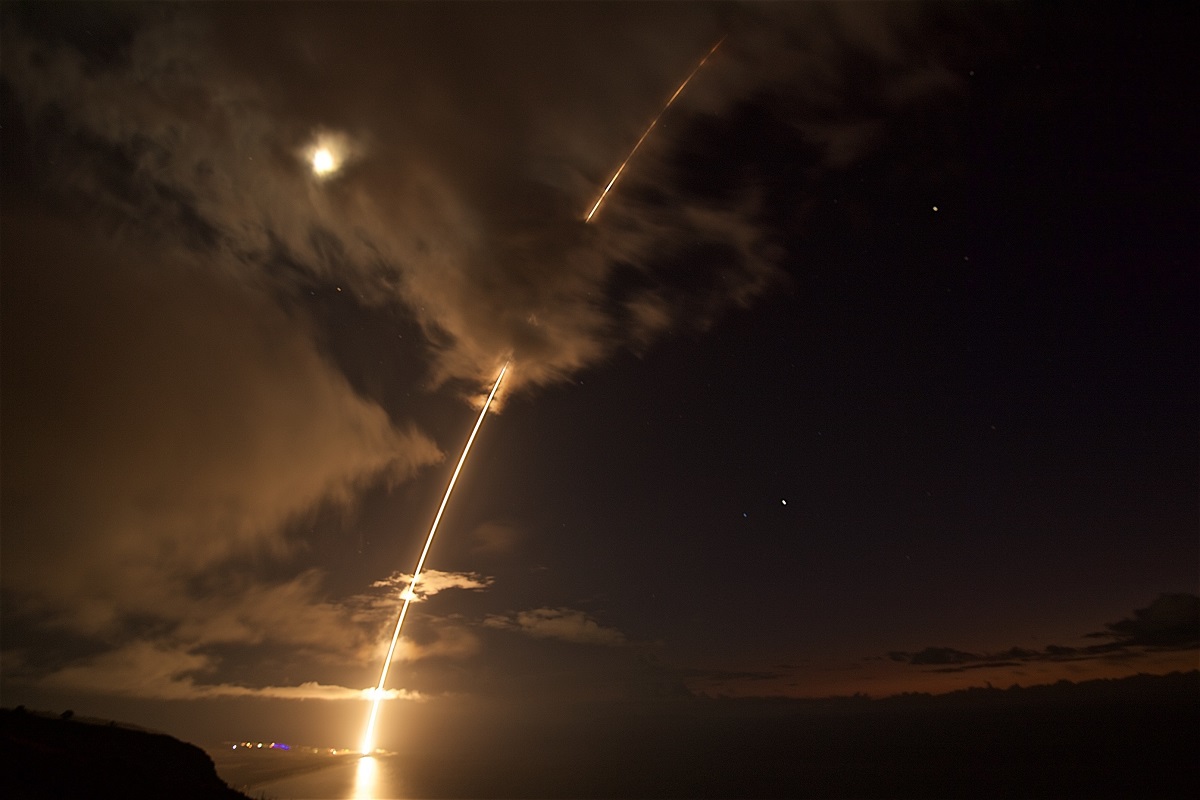 The likelihood of mutually assured destruction was enough to keep nuclear saber rattling at bay through most of the Cold War. Now new threats, new leaders and new technologies have changed the nuclear game, as the ever-escalating war of words between President Donald Trump and Kim demonstrates.

“We depend too much on the threat of retaliation to prevent nuclear war,” says Loren Thompson, defense expert, consultant and chief operating officer of the non-profit Lexington Institute. “There are some enemies who can’t be deterred.”

For those enemies, the Unites States has the missile defense system.

It’s actually a series of four systems, operated by the U.S. military, some on the ground and some at sea. They’re all based on the same idea: Shooting an enemy missile out of the sky with another missile.

The systems are designed to shoot an interceptor missile, look to see if the incoming warhead was destroyed, and then shoot again if necessary. It would take about 20 minutes for an intercontinental ballistic missile launched from North Korea to reach the West Coast. About seven minutes of that is prime take-down territory, according to the Defense Department’s Missile Defense Agency (MDA). “That’s more than enough time to shoot,” Thompson says — “and shoot again.”

In theory, the U.S. has 36 of these interceptor missiles ready to go at any time, and current U.S. ballistic missile defense systems are 75 to 80 percent successful in testing, the MDA says.

That’s a little low, Thompson says, because sometimes that second shot is needed. But the MDA is carrying out tougher and tougher system tests, upgrading its interceptor missiles and kill mechanisms, improving its radar and more. The Pentagon is even awarded a $58 million contract to Boeing in May to create a new type of interceptor that would kill multiple incoming threats with a single shot — though that technology isn’t expected to even be ready to demonstrate until 2025.

Yet the ship-based Aegis system is is already considered the most effective air and missile defense system in history. It’s designed to intercept short and medium-range ballistic missiles in last half of flight. The Aegis system is already deployed on 33 U.S. Navy ships and the plan is to increase the number of deployed systems to 43 by 2019.

The system’s most recent success was in late August off the coast of Hawaii, just days after North Korea conducted a test launch of its own — though officials stress the test was scheduled “months and months” in advance. Is the show of military might enough to keep North Korean aggression at bay?

“Because of the successes of our missile defense program, we have more time and space to take our time in how we are responding to North Korea instead of escalating,” Dodge says.

That’s a long way from the early days of development, when allies and others thought knocking a missile out of the sky was impossible.

“It’s actually a rocket science,” she says. “The analogy we often use is that it’s hitting a bullet with a bullet.”

“We’re proving it and testing it. Our allies want missile defense. They want to cooperate with the U.S. on it,” Dodge says, “and our systems are becoming better and more reliable.”