Hollywood star who said he’d leave the U.S. over Trump cursed out people who hope he fails 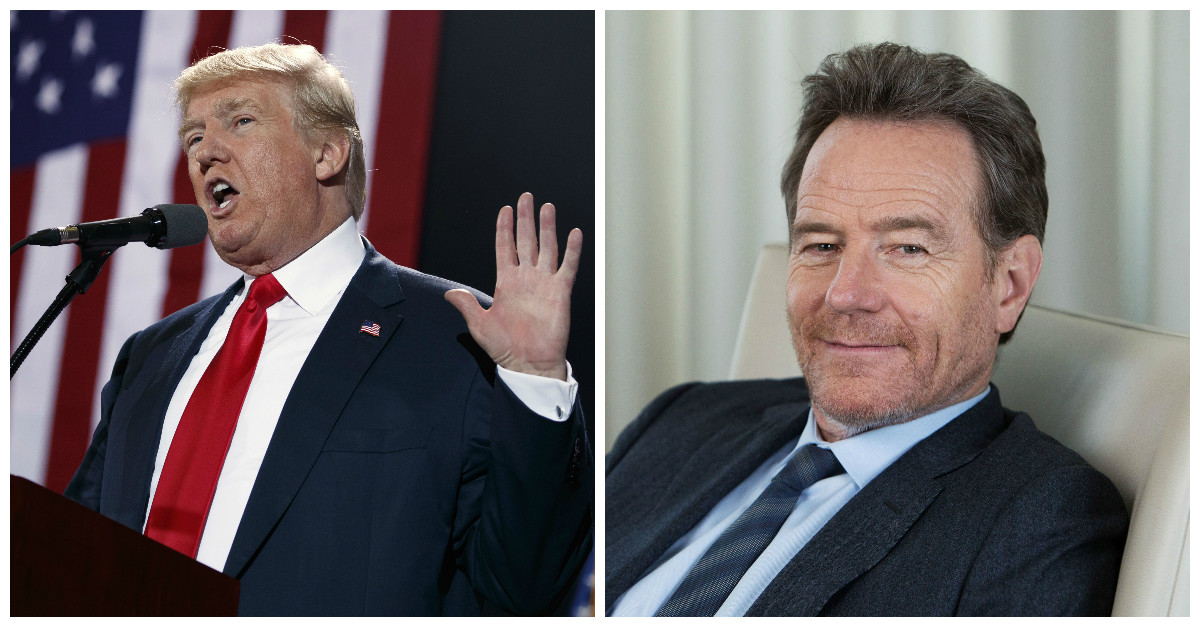 Hollywood star Bryan Cranston of “Breaking Bad” fame didn’t walk the walk after promising to leave the U.S. for Canada if Donald Trump was elected president, but he is now acknowledging that Trump “is the president” and is slamming those who “hope he fails.”

RELATED: Yet another Hollywood star fearing a Trump presidency has made this familiar threat

Cranston backtracked on his words that he would be an “expatriate” and said in an interview with The Hollywood Reporter that although “President Trump is not the person who I wanted to be in that office […] he is the president.?

President Trump is not the person who I wanted to be in that office, and I?ve been very open about that. That being said, he is the president,” Cranston began. “If he fails, the country is in jeopardy. It would be egotistical for anyone to say, ‘I hope he fails.’ To that person I would say, f**k you.”

“Why would you want that? So you can be right?” he asked.

Cranston would add that he does “want [Trump] to succeed” and that good ideas are good ideas, whether a Republican or Democrat is putting those ideas out there.

“I don?t want him to fail. I want him to succeed. I do. I honestly do,” he said. “And if you?ve got a good idea that helps the country, oh man, I?m gonna support you. I don?t care if you?re a Republican and I?m a Democrat or whatever, I don?t care.”

Cranston also cautioned people against making assumptions and thinking of others with political differences as “the enemy.”

“We?ve got to get away from this idea that our country is political football, and someone with a different opinion is the enemy. Assume they love this country as much as you do, and there?s always room for improvement. How can we make it better?” he said.

These comments are in stark contrast the doom-and-gloom ones Cranston made before the election.

RELATED: Bryan Cranson does his best LBJ impression to give President Trump some advice on his new presidency

?Absolutely. I would definitely move. It?s not real to me that that would happen. I hope to God it won?t. It wouldn?t be a vacation. I?d be an expatriate,” Cranston said then.