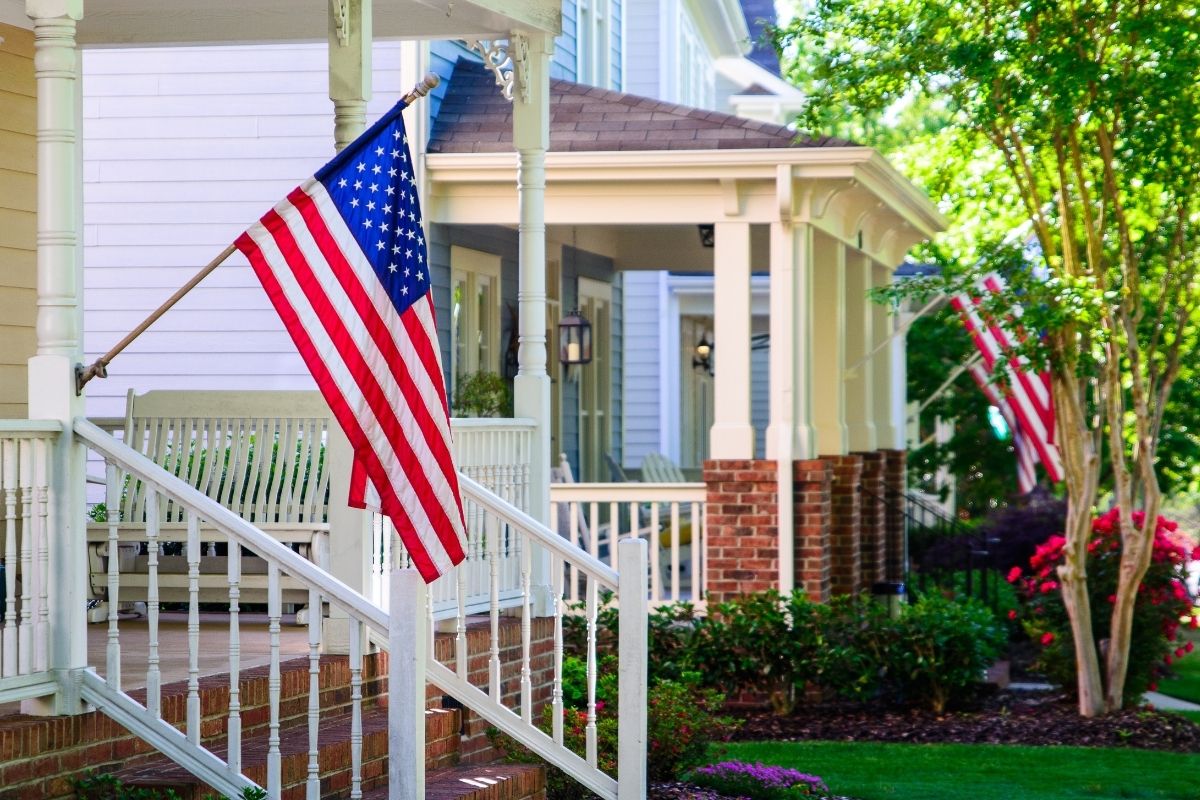 A family in Montgomery County PA was recently told by the Homeowners Association that they needed to take down the American flag they were hanging. Rocco and Darlene Lacertosa stated that they recently installed an American flag in the front of their home to honor their two sons, both of who are actively serving in the military. The family apparently made several arguments against the Homeowners Association after being told to take their flag down, citing that there are no written rules in this Association contract that forbid a flagpole in common areas. But despite this, the Association is still persisting and says that the row has been laid out in governing documents.

Through a social media post, Darlene stated, “Very upsetting since we have two sons in the military and this flag pole was Rocco’s dad’s which he proudly flew every day until the day he died.” Darlene also stated that HOA sent a letter to the family saying they, “trust that as a homeowner at Indian Valley Meadows you recognize that keeping the entire community looking good helps to promote strong values.”

History & Evolution of the American Flag

A spokesperson for the Galman Group confirmed that they had requested their residents to comply with the architect’s rules and standards. The spokesperson stated, “The standards specifically permit the American flag to be flown when mounted to a house but do not permit in-ground flags in the community. The Galman Group and the Board at Indian Valley Meadows welcome its residents to display the American flag, and other appropriate flags, in accordance with the guidelines established for the benefit of the community.”

This isn’t the first time a family is ordered to remove the American flag. Back in 2018 the Bryant family also pushed against their Homeowners Association over their display of the American flag. According to Jennifer Bryant, the U.S. flag was located in their yard and had the Gadsen insignia with the words “Don’t tread on me.” The family had purchased a flag from Amazon which showed a rattlesnake coiled up and ready to strike. The family said that the flag was a freedom of speech, but according to the Keene Ranch HOA, it was a violation of its flag code.