On Wednesday, a federal judge in Hawaii blocked President Trump’s new travel ban just hours before it was set to go into effect, arguing that it lacks legal muster. The ruling applies nationwide, stopping the president’s rewritten executive order on immigration, which blocked immigrants and refugees from six majority-Muslim countries including Iran, Syria, Somalia, Sudan, Yemen and Libya.

RELATED: After claiming that the U.S. is restricting his travel, Gold Star father Khizr Khan’s story isn’t adding up

The decision comes after the Trump administration took more than a month to rewrite the original ban, which was shot down by a federal judge in New York in late January. The new ban differed from the original in that it removed Iraq from the list of banned countries, exempted those with visas and green cards and did not place an indefinite hold on immigrants and refugees from Syria. However, the judge found that it is still religiously discriminatory because it primarily targets Muslims.

“The illogic of the Government’s contentions is palpable. The notion that one can demonstrate animus toward any group of people only by targeting all of them at once is fundamentally flawed,” US District Court Judge Derrick Watson wrote. “Equally flawed is the notion that the Executive Order cannot be found to have targeted Islam because it applies to all individuals in the six referenced countries. It is undisputed, using the primary source upon which the Government itself relies, that these six countries have overwhelmingly Muslim populations that range from 90.7% to 99.8%. It would therefore be no paradigmatic leap to conclude that targeting these countries likewise targets Islam. Certainly, it would be inappropriate to conclude, as the Government does, that it does not.”

Furthermore, Watson concluded that President Trump and his aide’s past comments on Islam “betray the Executive Order’s stated secular purpose,” citing several instances over the past year in which the president and his close advisors made controversial statements about the religion. They include President Trump’s saying that “Islam hates us,” his specifically referring to the travel ban as a “Muslim ban” and Rudolph Giuliani’s admitting that Trump asked him to show him the “right way” to create a Muslim ban “legally.” 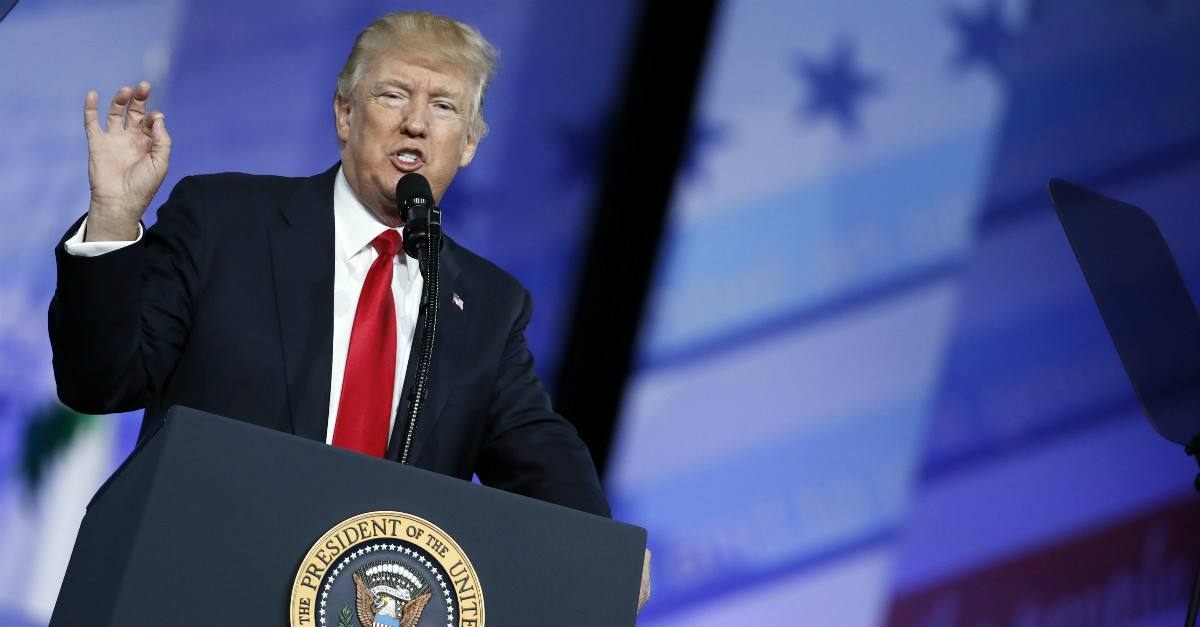