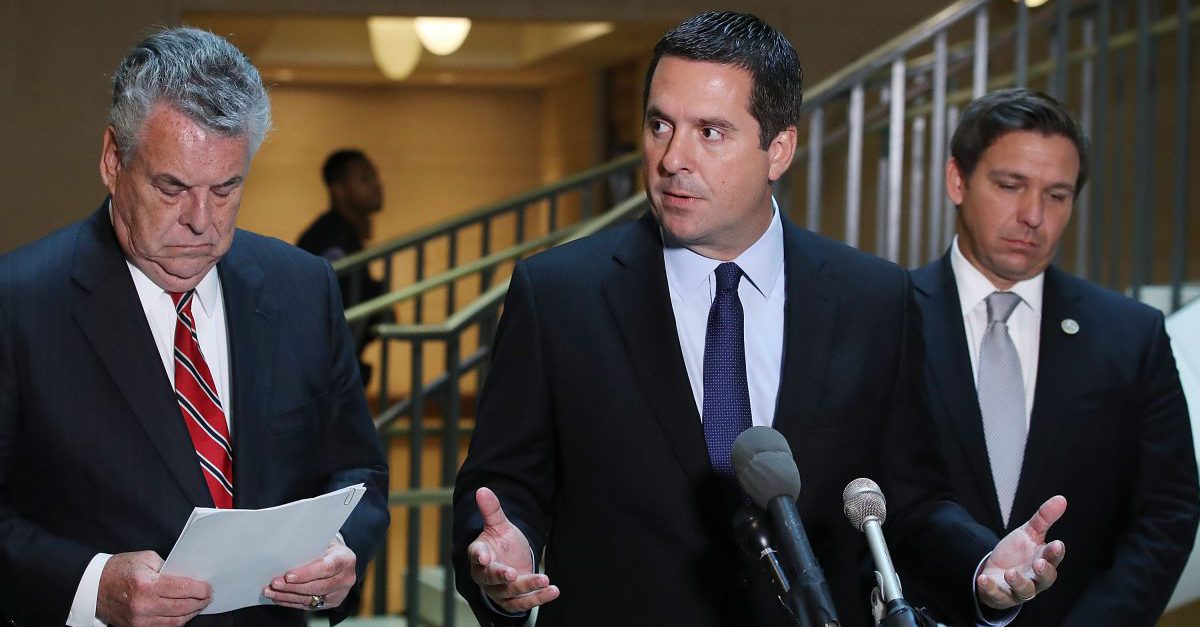 Republican members of the House Intelligence Committee have voted to release a controversial memo written by Rep. Devin Nunes (R-Calif.) that reportedly alleges abuse and misconduct by the FBI and Department of Justice in the conducting of the Russia investigation.

President Donald Trump now has five days to decide whether to block the release of the memo or release it as written.

Republicans have used increasingly stark terms about the memo in recent weeks. One member of the House said Americans would “be surprised at how bad it was.” Others have described it as page after page of “jaw-dropping” and “deeply disturbing” revelations.

RELATED: President Donald Trump fires back at a scathing report that he tried to fire Special Prosecutor Robert Mueller

“You think about, ‘is this happening in America or is this the KGB,'” said Rep. Scott Perry (R-Penn.) told Fox News after claiming to have read the contents of Nunes’ memo. “That’s how alarming it is.”

Yet for all the public concern, Republicans were initially unwilling to share the memo with Democrats on the House Intelligence Committee, let alone the FBI or Department of Justice, both of whom were reportedly named in the document. Also named were some of the most influential people in the Russia investigation: United States Deputy Attorney General Rod Rosenstein, FBI Deputy Director Andrew McCabe, and former FBI Director James Comey, two of whom are no longer in their positions.

President Donald Trump has reportedly considered firing Rosenstein, who has authority over the Russia investigation after the recusal of Attorney General Jeff Sessions. For Republicans, especially Nunes, a Trump Administration transition team member, abuses alleged in the memo could be used to train fire on Rosenstein, who has the authority to fire Special Counsel Robert Mueller, the prosecutor leading the Russia investigation.

Over the weekend, the memo was reportedly shared with FBI Director Christopher Wray at the behest of Rep. Trey Gowdy (R-S.C.). According to Politico, Gowdy pressed Nunes to forward the memo to the desk of Rosenstein, too.

Rep. Adam Schiff (D-Calif.), the leading Democrat on the House Intelligence Committee, wrote a memo in response to Nunes’ document. He and other Democrats say the document is a coordinated hit on the FBI and Department of Justice designed to further undermine the Russia investigation and the law enforcement officials conducting it.

Schiff added in a press conference Monday that Republicans were content to release classified information because it was “good for the president.” Schiff added that Republicans broke protocol and began unilaterally investigating the FBI and Department of Justice. Republicans disagreed, saying theirs was just part of the larger Russia investigation already underway, according to CBS News.

President Donald Trump may be eager to release the memo once it falls into his jurisdiction.

Despite the classified nature of its contents, the memo could help Trump and his allies in their argument that the FBI’s ongoing Russia investigation is politically motivated. Last week, Trump was reportedly angry that the Department of Justice labeled the release of the memo as “extraordinarily reckless,” according to Bloomberg.