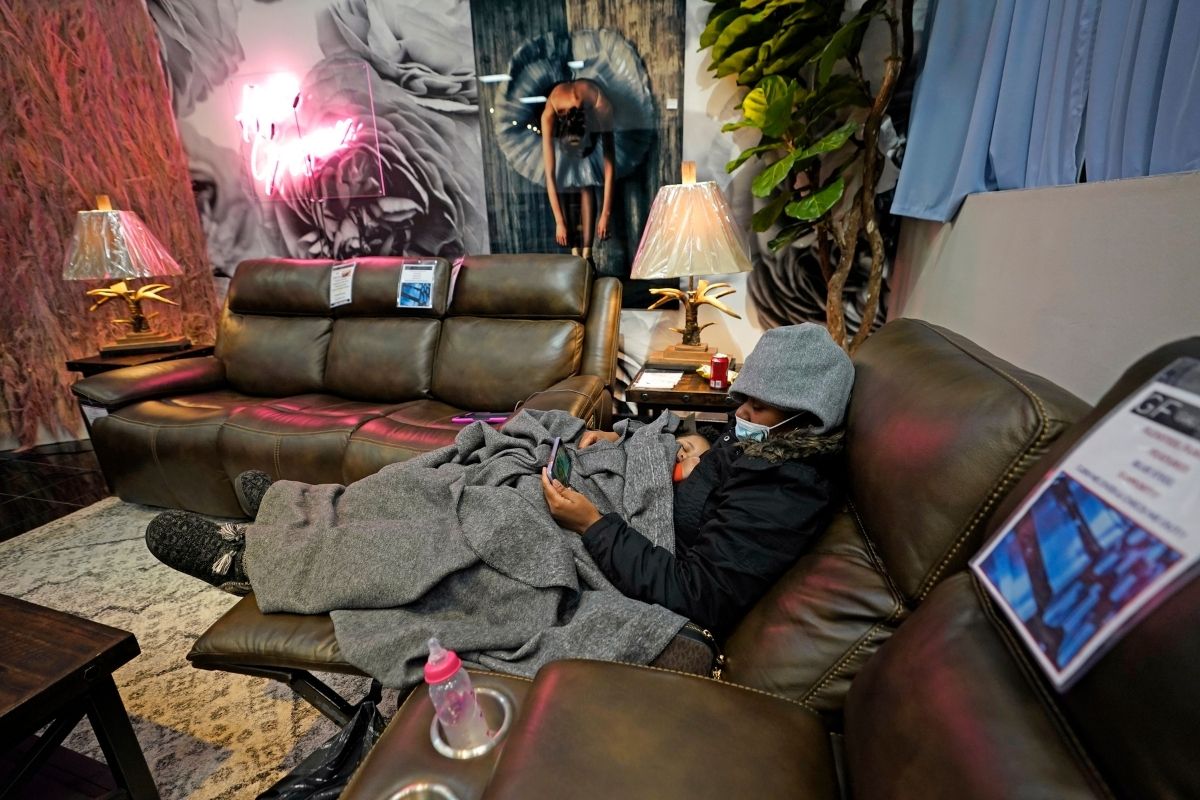 As the winter storm caused extreme power outages all across America’s south and mid-section, more than four million people found themselves struggling to survive in extremely low temperatures without power, heat, and clean water. And on Tuesday, two Texans in the Houston area who were doing just that were found dead from carbon monoxide poisoning, after using their car to generate heat.

According to the Houston Police Department, the Houston Fire Department had found the two when responding to a welfare check called at a condo in the 8300 block of La Roche. They found two adults and two children suffering from carbon monoxide poisoning in a running car with the garage door closed. They were able to get two other family members, an adult male, and a 7-year-old boy, in critical condition to the hospital, but the adult female and an 8-year-old girl were found dead. Their names have not been released.

The department said in a statement, “Initial indications are that car was running in the attached garage to create heat as the power is out. Cars, grills, and generators should not be used in or near a building.”

According to poweroutage.us, the Galveston and southwest Houston areas were hit the hardest by the blackouts. And at least 25 people have died from weather-related causes since the weekend, with cases of carbon monoxide poisoning increasing. And according to the Houston Chronicle, Harris County reported 300+ cases of carbon monoxide poisoning, with many being children.

According to the CDC, carbon monoxide is, “an odorless, colorless gas, which can cause sudden illness and death, is produced any time a fossil fuel is burned,” and warned that carbon monoxide poisoning symptoms are “flu-like.”

So how do you avoid carbon monoxide poisoning while staying warm, if you’re powering through this debacle? Well, the CDC explained that firstly, if you start to experience these “flu-like” symptoms, leave your home and call 911 immediately. But until then, “Don’t use a generator, charcoal grill, camp stove, or other gasoline or charcoal-burning device inside your home, basement, or garage or near a window. Don’t run a car or truck inside a garage attached to your house, even if you leave the door open. Don’t burn anything in a stove or fireplace that isn’t vented. Don’t heat your house with a gas oven. Don’t use a generator, pressure washer, or any gasoline-powered engine less than 20 feet from any window, door, or vent. Use an extension cord that is more than 20 feet long to keep the generator at a safe distance.”

They should really teach more about these things in school. And even if they did, and I can’t remember because it was so long ago, maybe there should be a mandatory school curriculum that focuses primarily on survival situations. Texas was most definitely not prepared for these power outages, and I can attest to being one of the ones who suffered as well.

With the pandemic and now this, catastrophic events are incredibly more likely now than we could have ever predicted. It wouldn’t hurt to know what to do in certain situations, even if they never happen in your lifetime. You could also help someone else.