Growing up, the 2020s seemed like a mysterious space age: far off, full of new technology and innovation. But so far, it’s thrived on nostalgia. From the smash success of retro-set Stranger Things (Who’d have thought Kate Bush would rule the charts in 2022?) to the Bennifer reunion, some days it’s hard to know what year it is.

Culture has doubled back. And whether you get your entertainment from an old-school cinema or binging on your laptop, it’s impossible to miss the current deluge of reboots, sequels, and spin-offs. Even media aimed at young children, like the recent Lightyear, depends on the brand loyalty of adults in the room. From Disney to Fox, every major outlet is reviving intellectual property every which way… to varying degrees of success.

So with summer coming to a close, I thought I’d provide an exhaustive list of recent reboot news: some projects have already premiered, others remain on the horizon.

What will you be watching?

The beloved 1988 series was revived on ABC last year — this time narrated by Don Cheadle. In May 2022, was renewed for a second season.

According to Deadline, a Who’s the Boss? sequel series is currently in the works, starring Tony Danza and Alyssa Milano as Tony and Samantha Micelli. The show is set 30 years after the original series and will focus on Tony and his daughter Samantha who is now a single mother living in the family house. It will eventually be available on Amazon’s streaming service Freevee.

A Grease prequel, Grease: Rise of the Pink Ladies, will take fans all the way back to Rydell High. Starring a cast of relative newcomers, production is currently underway. Paramount+, which will stream the new series, described it in a statement:

“Before rock ‘n’ roll ruled, before the T-Birds were the coolest in school, four fed-up outcasts dare to have fun on their own terms, sparking a moral panic that will change Rydell High forever.”

From the Hollywood Reporter

A League of Their Own

The beloved Penny Marshall is becoming a TV show — with some big names attached. Read all about it here.

Over a decade after its cancellation, Law and Order came back this year for a 21st season. Anthony Anderson and Sam Waterston reprised their famous roles while new regular cast members were also added. A 22nd season has already been ordered by NBC. Though Anderson will be replaced.

A reboot of Night Court, which aired from 1984 to 1992, is set to premiere on NBC during the 2022–23 season. It will star Melissa Rauch as Abby Stone, the daughter of original character Harry Stone.

Earlier this month, Kelsey Grammar teased the highly anticipated Frasier reboot. “We’re in the final stages of the final script for the first episode of Frasier, and it looks pretty good,” he told The Talk. “I’ve had a couple of runs through it, and I cried. So, you know, I’m happy.” For now, though, the show remains in pre-production.

The show that made Neil Patrick Harris a star in the early ’90s was reimagined last year as the gender-flipped Doogie Kamealoha, M.D. , a show aimed at tweens on Disney+. It was renewed for a second season in 2022.

Disney+ has fast become a home further installments of kiddie classics. So it’s no surprise the successful Monsters, Inc. franchise grew, again, on the streaming service. A second season of Monsters At Work is set to premiere in 2023.

Also on Disney+, a surprising choice: Turner & Hooch. The Tom Hanks classic has been reimagined as a family-friendly series starring Josh Peck, of Drake & Josh fame, as the titular detective.

The Fresh Prince of Bel-Air

Set in the present day, the Peacock series Bel-Air strikes a more serious tone than the Will Smith comedy it’s based on. Jabari Banks stars as — get this — a teen named Will Smith who is sent to live in the fancy Los Angeles suburb. The real-life Smith serves as an executive producer.

As of yet, there’s no release date for the Criminal Minds reboot on Paramount+ — but it is happening. However, fan favorite Matthew Gray Gubler may or may not be reprising his role as Dr. Spencer Reid.

The Man Who Fell to Earth

Based on the 1963 novel of the same name, The Man Who Fell To Earth is a sci-fi series on Showtime. It also serves as a follow-up to the 1976 film starring David Bowie.

How I Met Your Mother

Revived as How I Met Your Father, the new Hulu series stars Hillary Duff as the central lovelorn New Yorker. Kim Cattrall, of Sex and the City fame, also appears as the titular narrator. It’s been renewed for a second season.

A spooky sequel to the children’s classic, Hocus Pocus 2, is set to arrive on Disney+ this fall. Stars Bette Midler, Sarah Jessica Parker, Kathy Najimy are reprising their roles as the cult classic witches.

Set in 1984, The Sandlot TV series follows the beloved baseball crew — all grown up. Heavy-hitters from the original cast are returning, plus David Mickey Evans who directed and co-wrote the 1993 film. And though the series remains in development stages, Disney+ has already ordered two seasons.

The iconic horror franchise was revived, again, this winter with Scream 5 — to rave reviews. The violent, highly meta series is a perfect fit for these modern times, so it’s no surprise that Scream got young people back to the movies. Scream 6 is set to premiere in March 2023.

Three Men and a Baby

In 2020, Disney announced that a modernized reboot of Three Men and a Baby would appear sometime in 2022. However, as of yet, shooting has not begun and the only confirmed cast member is Zac Efron.

All the details on that here.

Cheaper by the Dozen

In March, a reboot of Cheaper by the Dozen premiered on Disney+, starring Zac Braff and Gabrielle Union.

Father of the Bride

On a similar note, Father of the Bride received the reboot treatment recently on HBO Max. This time around, the rom-com starred Andy Garcia and Gloria Estefan as the overwhelmed parents. The movies marks the third film based off the 1949 novel.

The cult classic animated series Daria has a spin-off movie in the works: Jodie. The film will follow Daria’s best friend, Jodie, throughout her young adult years. Tracie Ellis Ross will voice Jodie.

Lightyear, a semi-prequel to Toy Story, made headlines when it hit theaters earlier this summer. Despite decades of enduring love for Toy Story, the cartoon underperformed corporate expectations… leading critics to wonder when the reboot bubble may burst. 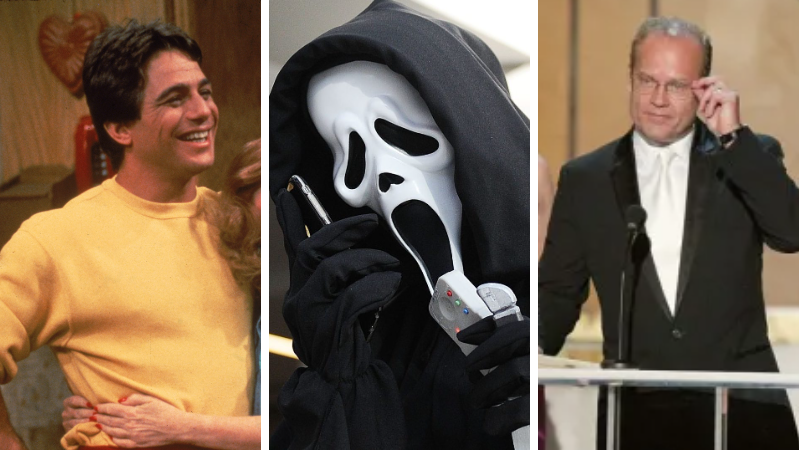