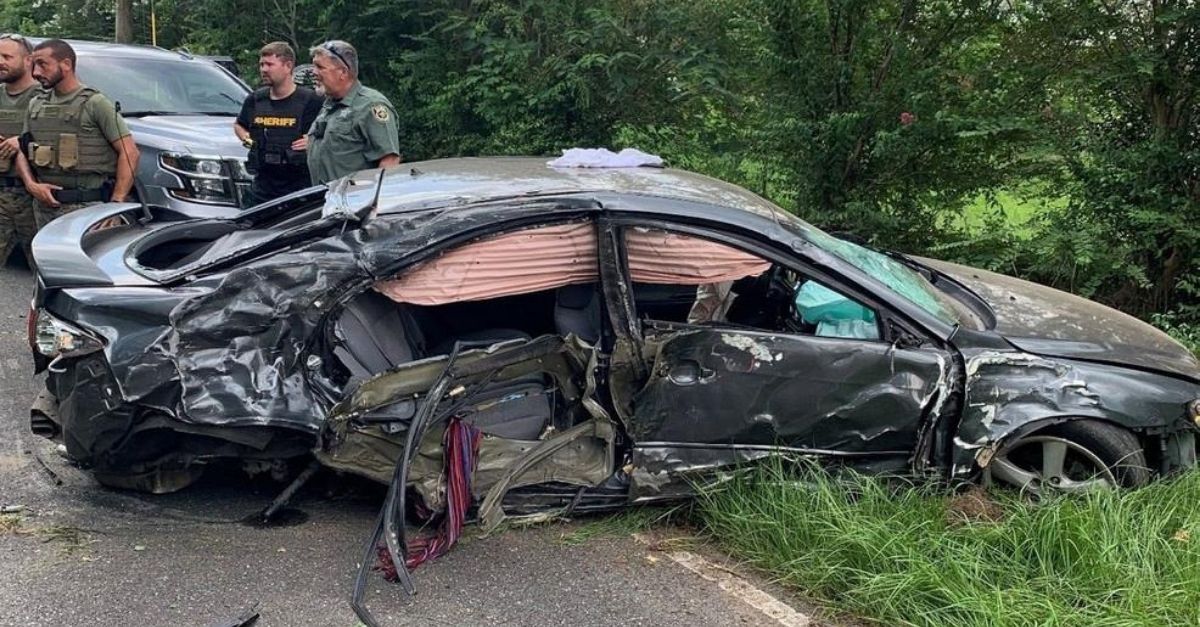 Jacksonville Florida deputies stated that three minors are safe and sound after a high-speed chase for a burglary ended in a car crash in Jackson County. According to the deputies, the man drove off from authorities following an active burglary nearby. The chase ensued before the man lost control of his vehicle and crashed near the intersection of Dogwood Drive and Old Greenwood Road after the man lost control of the vehicle. After the chase, the Jackson County Sheriff’s Office, with the help of ACI and JCI K-9 tracking teams and the Florida Highway Patrol issued a warrant for Domingo Morales Hamilton Fernando’s arrest.

Through a report, JCSO stated, “Fernando did with willful and wanton disregard for the safety of the motoring public run through multiple stop signs at major intersections in the area of Hwy 71 near CVS, and travel at speeds well in excess of the maximum posted speed limit on Hwy 90 towards the Chipola River bridge.”

A 17-year-old girl crawled out of the car and a 2-year-old child was found standing in the backseat. Deputies also found a 3-year-old child who had been thrown from the car into the grass. The children were all “miraculously” unharmed, deputies say. https://t.co/twYtooFu5V

According to the deputies, a 17-year-old girl crawled out of the vehicle, and a 2-year-old child was found standing in the back seat. Deputies also found a 3-year-old child who had been thrown from the car into the grass. Luckily, all children were miraculously unharmed and were taken to the Southeast Alabama Medical Center as a precaution for medical care.

The sheriff?s office stated they didn?t know the three minors were in the vehicle at the time of the chase, or else they would have not allowed it to continue. Fernando is currently in critical condition after he sustained trauma to his face and head. The suspect was ultimately identified through the Department of Homeland Security?s Immigration and Customs Enforcement, ICE, to be in the US illegally and has an outstanding Final Order for Removal from the United States. According to the Department of Homeland Security, the man is also wanted in connection with human trafficking and smuggling.