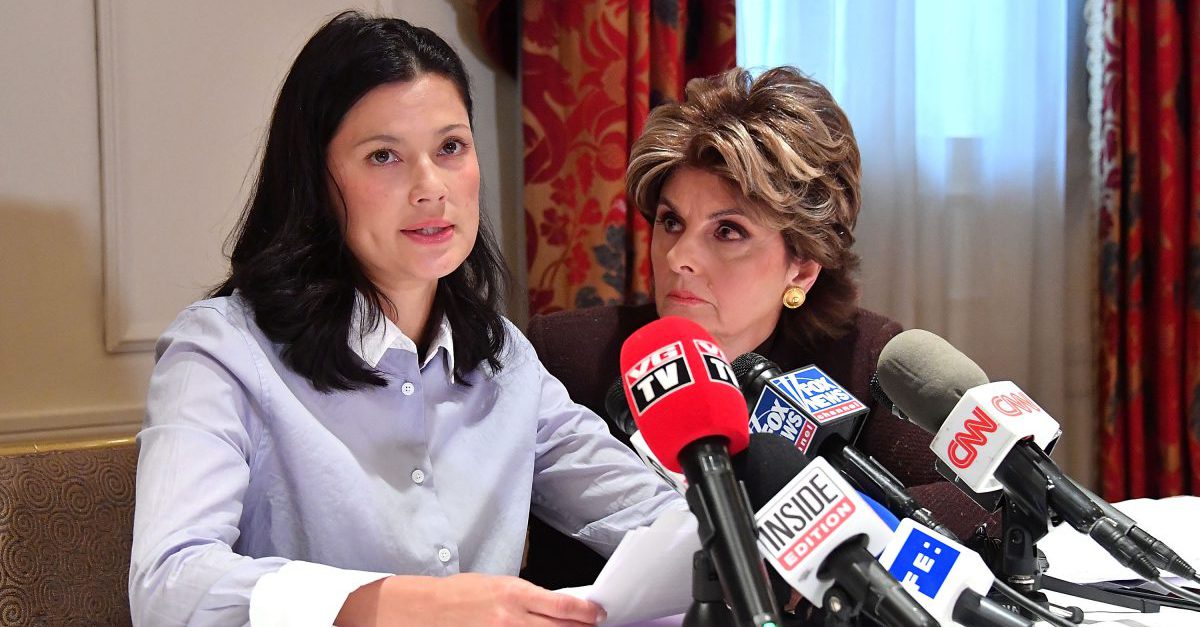 A recent New York Times report reveals the politically-motivated actors who have been quietly lining up hundreds of thousands of dollars to “exploit” sexual harassment cases against men on both sides of the aisle, cashing in on the credibility of the #MeToo movement to score a political hit.

RELATED: The quiet way NBC News is making it look like Matt Lauer never even existed

Debra Katz, a lawyer who has brought sexual harassment cases against both Republican and Democratic politicians, warned the New York Times of the “danger” that “unsophisticated individuals who have been abused by powerful people could be exploited by groups seeking partisan advantage, or by lawyers seeking a moment in the limelight.”

The piece profiles efforts on both sides to solicit sexual harassment cases — or accounts of sexual harassment — from women who have not yet come forward, especially if a prospective defendant is of the opposing political party.

Trump supporter and self-published author Mike Cernovich is named for his role in surfacing a settlement made with Rep. John Conyers, at the time the longest-serving member of Congress. In all, four signed affadavits from former staff members allege that Conyers made sexual advances towards women on staff, touching and caressing them in public, and transporting women with whom Conyers was believed to be having affairs. Cernovich was also, however, cited for advancing a quickly-debunked sexual harassment settlement against Democratic Senate Minority Leader Chuck Schumer (D-NY). Parts of that forged document were directly copied from the Conyers complaint that Cernovich had acquired.

Senator Chuck Schumer, meanwhile, has turned over all documents related to the false allegation to the Capitol police and asked to press charges, according to The Hill.

The New York Times piece also lays out the roles and fundraising of Gloria Allred and daughter Lisa Bloom, both of whom have worked with prospective sexual harassment cases against President Donald Trump. Allred is representing Summer Zervos, a former contestant on “The Apprentice,” who says Trump groped her and attempted to kiss her in the Beverly Hills Hotel about 10 years ago. On the campaign trail, Trump called her claims “made-up nonsense” and said she’d been put up to it by the Clinton campaign, which formed the basis for Zervos’ defamation suit against him.

Allred, who says she has raised around $30,000, says the money has been used to pay depositions and other costs — not her legal fees. At least not yet. She’s disinterested in why someone might fund her defamation suit, telling the Times she has “neither the time nor the interest to interview each donor and ask them why they would want to support our client.” She maintains that she has “no way to know whether they have a political agenda, or they just think truth matters.”

In one of the more explosive revelations in the piece, Lisa Bloom told the Times that she contacted a “pro-Clinton Super PAC” — identified as American Bridge 21st Century Foundation, founded by David Brock — shortly after Trump became the Republican nominee. Bloom sought money to verify sexual harassment claims against Trump.

She secured $200,000 from American Bridge and $500,000 from Susie Tompkins Buell, founder of eSpirit clothing and a prominent Democratic donor. While her original case fell apart just before Election Day, she says it got the attention of additional women who she told her donors could “find the courage to speak out” if given funds for security, relocation, and safe housing.