Hurricane Irma’s flattening islands on its way to Florida — can people get away in time? 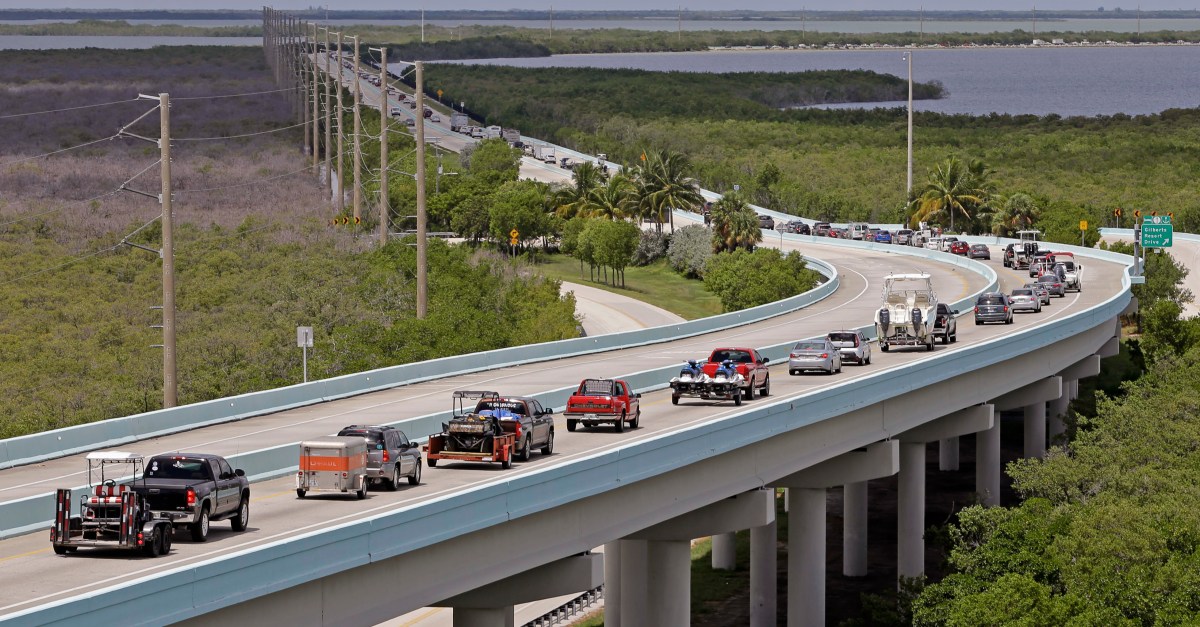 AP Photo/Alan Diaz
Motorists head north of Key Largo, Fla., on US 1, in anticipation of Hurricane Irma, Wednesday, Sept. 6, 2017. Keys officials announced a mandatory evacuation Wednesday for visitors, with residents being told to leave the next day.

At least nine people have died so far as Hurricane Irma lashes a line of Caribbean islands with winds topping 180 mph. The monster storm is shaping up as one of the strongest storms ever recorded in the Atlantic, and it’s heading for Florida.

Here are some of the latest developments:

Caribbean islands flattened
The tiny island of Barbuda has lost as much as 90 percent of its structures and vehicles, its prime minister, Gaston Browne, says. Puerto Rico took damage but avoided a direct hit, CNN reports. Other islands report severe damage. “95 percent of the island is destroyed,” one Saint Martin official said.

The Bahamas are next
Irma’s expected to scrape the northern coast of Hispaniola on its way to Turk and Caicos islands Thursday, the National Hurricane Center says.

Evacuations may clog Florida highways
Floridians are heeding the state’s warnings to leave evacuation zones, but that’s causing more concerns as evacuees jam up roads trying to get out — some abandoning their vehicles on the way.

Price gouging rises
Florida’s attorney general is teaming up with Amazon to fight price gouging. The state’s been inundated with 1,500 incidents of price gouging, including delivery charges of $100 for a case of water.

There are two more hurricanes lining up behind Irma
Jose and Katia strengthened into hurricanes Wednesday, marking the first time since 2010 that three active hurricanes have been in the Atlantic, CNN Weather says.

What the heck was this plane doing?
One daring Delta flight snaked into Puerto Rico just ahead of the storm, then made it out just ahead of disaster with some fancy flying.

Don’t worry, Richard Branson’s just fine
He weathered the storm in his wine cellar on the Caribbean island of Necker.