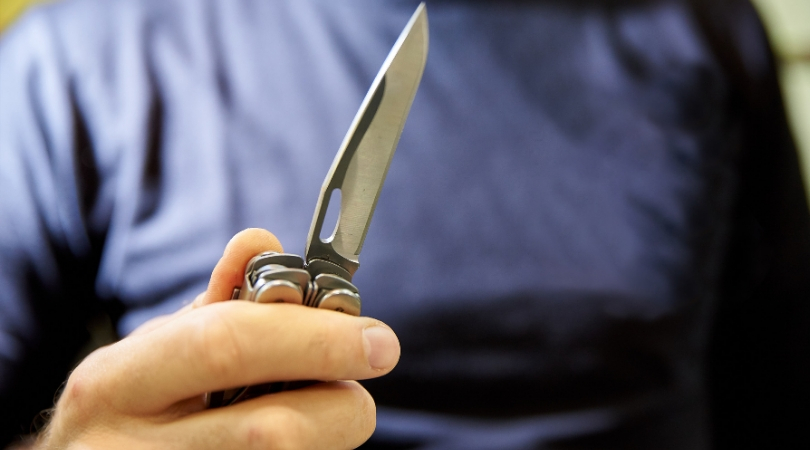 Yikes, yikes, yikes. A Ukraine husband decided to take matters into his own hands by cutting off a rapist’s penis after witnessing him attack his wife! The 27-year-old husband was headed home in Shevchenkovo in eastern Ukraine when he allegedly saw the attacker, Dmitry Ivchenko, sexually assaulting his wife after the couple ate with some friends at a restaurant.

The woman left the restaurant first with the husband following 10 minutes later. The man was said to have heard a commotion in the bushes near his apartment before spotting the rapist choking his wife and raping her. The husband then punched Ivchenko in the head and used his Swiss Army knife to cut off his penis. The 25-year-old rapist’s screams reportedly woke up nearby residents in the area, who rushed to the scene.

Furious husband chops off rapist’s penis after catching him attacking his wife in the street https://t.co/sZuUwdh2yS

According to the husband’s attorney, Dmitry Spaskin, he lost total ability to control his actions and didn’t understand what he was doing from how angry he was. Because well, his wife was being rapped right in front of him. I mean, what do you expect this man to do, just stare? Nah, he had all right to cut off this man’s penis, he’s lucky he didn’t kill him.

After he cut off his penis, the husband was still in a state of shock and walked more than 8 miles to a village nearby where he asked a friend to take him to the police station. The man confessed to authorities that he indeed cutoff Ivchenko’s penis and was charged with causing grievous bodily harm, sentenced to house arrest.

It is unclear whether doctors will be able to reattached Ivchenko’s penis, but he will require extended treatment after surgery to regain full functionality of the organ. Authorities stated officers were stationed at Ivchenko’s hospital since an investigation is still ongoing. According to prosecutor Tetiana Vasileva, the rapist was dumped by his girlfriend a week ago, and on the day of the incident and drank a liter of vodka. Which is absolutely no excuse to rape a woman, obviously.

Honestly, I’m surprised this husband was given house arrest. If I was that judge, I would give him a high-five for taking matters into his own hands and sentence this rapist immediately. He was just trying to protect his wife anyway he could.