“I was just in shock”: Woman realized something was crawling on her eye, and it wasn’t the only one 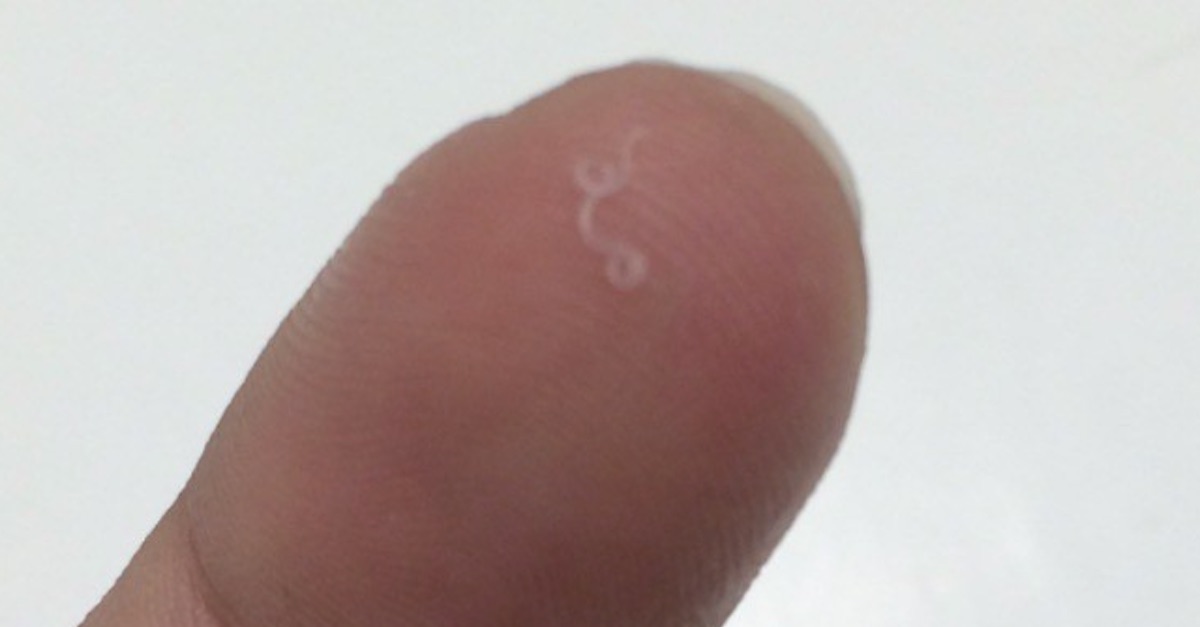 Imagine the surprise, shock and horror you might feel upon realizing that you have not one but 14 worms, all less than half an inch long, crawling on your eyeball as you are enjoying a leisurely ride on horseback.

This is the experience of a 28-year-old Oregon woman who is being called the first known human case of a parasitic infection spread by flies.

RELATED: Man has 5 1/2-foot tapeworm come out of him after eating sushi

Fourteen tiny worms were removed from the left eye of the then 26-year-old Abby Beckley in August 2016, and her story is now circulating far and wide because of medical journals.

Beckley, was diagnosed in August 2016 with Thelazia gulosa. That’s a type of eye worm seen in cattle in the northern United States and southern Canada, but never before in humans.

They are spread by a type of fly known as “face flies.” The flies feed on the tears that lubricate the eyeball, scientists said.

CNN reported that while this was first case of a cattle worm infecting a human, Beckley is the eleventh person to be infected by eye worms in North America in general.

“This is only the 11th time a person has been infected by eye worms in North America, ” Richard Bradbury of the CDC’s Parasite Diagnostics and Biology Laboratory told CNN. “But what was really exciting it that it is a new species that has never infected people before. It’s a cattle worm that somehow jumped into a human.”

Beckley had been horseback riding and fishing in Gold Beach, Oregon, a coastal, cattle-farming area.

“So I pulled my eye kind of down like this and I looked in that bottom little crevice and I was like something looks wrong, maybe I have a piece of fuzz stuck there,” she told Fox 12 of her initial reaction.  “So I went like this, in like a picking motion, and I felt something in between my fingers and I pulled it out and I looked at my finger and it was a moving worm.”

Two summers ago, Oregon resident Abby Beckley found herself standing in front of a mirror on an Alaskan fishing boat, pulling tiny worms out of her eye https://t.co/pY8ZjkcoOa pic.twitter.com/7YhAqimT2y

WHOA! Abby Beckley thought she had a stray eyelash in her eye. It turned out to be eye worms. https://t.co/J1qUc2vPZd

After a week of eye irritation, Beckley pulled a worm from her eye. She visited doctors, but removed most of the additional worms herself during the following few weeks.

The worms were translucent and each less than half an inch long.

After they were removed, no more worms were found and she had no additional symptoms.

Eye worms are seen in several kinds of animals, including cats and dogs. They can be spread by different kinds of flies.

Two other types of Thelazia eye worm infections had been seen in people before, but never this kind.

The report was published in the American Journal of Tropical Medicine and Hygiene.