Why Are Judges Giving Light Sentences To Men Accused of Sexual Assault? 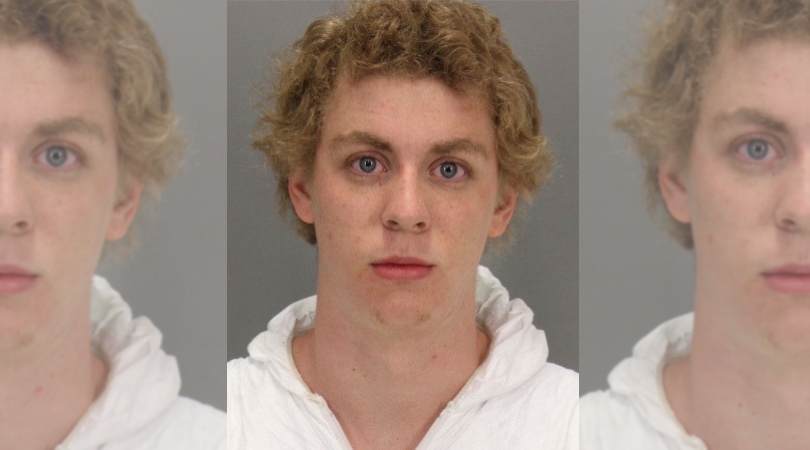 Oh look, another university student who was accused of sexual assault is walking around free to do it again. You know, nothing new. Apparently, that’s what’s happening now all over the country. White, privileged university students are now allowed to sexually harass, assault, and rape girls because they will probably get away with it because of their “good behavior.”

Take for example Ian Milaski, a residence hall assistant at the University of Florida who was arrested for sexually assaulting a female student last month. Turns out Milaski, who is 21, was able to walk free on bond after a judge deemed him to be a “high-achieving student.” The same judge had lowered his initial $125,000 amount on account of Hurricane Dorian trashing his home in Florida and his obligations as a double major who is set to graduate in May 2020.

I hope @UF expels Ian Milaski; incredibly disheartening and disgusting to continue to see rapists walk free because they are "good students" https://t.co/h10cwA9nOY

The judge stated that he performed more than 210 hours of community service in the last two years, which is why he granted the reduced bond and Milaski’s release. He was told not to have any contact with the victim, who was described as a young female student who lived in the dorms. The victim told police that Milaski asked her to bring him some water on August 25, claiming he was drunk and in need of help. When she arrived, he allegedly tried to make out with her and shoved his hand down her pants in an attempt to sexually assault her. She then ran out of the dorm room and reported the incident to authorities.

The female student also stated that Milaski was in her dorm later that night while she was sleeping. He was allegedly standing in her doorway and she yelled at him to leave her room. Due to this, he has been ordered to stay out of Alachua County, where The University of Florida is located, unless he’s attending a “necessary event.”

Now, as a courtesy to every woman out there who has suffered from sexual assault and had to relive her trauma in a courtroom while finding no justice because the judge is stupid and can’t put his own egotistical emotions aside, I’m going to name all those who have gotten away with sexual assault. These are just a few names I found around the internet, but I’m sure the list is way bigger than this. Obviously.

You fucking people should be ashamed. https://t.co/CLInFS6G5k

If the number of names listed doesn’t shock you, then there is seriously something wrong with you. These men deserve to be punished for their crime. Our criminal justice system is broken, and it’s easy to see. How is it that someone accused of sexual assault gets no jail time, but a mother who lied where she lived gets time because she wanted her daughter to go to a better school? The lack of accountability for rape and sexual assault in the United States can’t just be explained by the act of the judges or district attorneys. It’s not a lack of evidence or a “he said- she said” situation. It’s investigators pressuring victims, it’s the fact that rape culture is being normalized and the judges themselves are what is making it that way. In other words, judges basically believe that what these men did is not “really that bad.” Even when defendants admit that they, in fact, are guilty they often later blame it on the victim for drinking too much” or “allowing it to happen.” Then they decide the defendant shouldn’t be punished harshly for something that they think wasn’t their fault.

At the end of the day, there is a strong misconception of what sexual assault is, and how it seems to play a role in society. Contrary to what many believe, sexual assaults aren’t just committed in your “typical alley.” They are usually committed by someone the victim knows. Often someone close to them. Judges somehow seem to not understand that these men who sexually assault unconscious women or men are the same sorts of people who attack someone at night in a parking lot, or break into someone’s home, and thus don’t deserve the same level of punishment as a “real rape.”

Jacob Walter Anderson, the ex-frat president who received a $400 fine and zero jail time on charges related to rape, will still be allowed to graduate. https://t.co/qbCOzczSAP

Obviously, I can’t express how nothing could be further from the truth. Ladies and gentlemen, sexual assault is a crime, regardless if the man or woman is a stranger or known to the victim. It’s a crime whether someone is unconscious or sober. It’s a crime whether the perpetrator is a good swimmer or a straight-A student that has a bright future ahead of him. Most importantly it has a serious impact on the victim and their wellbeing.

So, the question here is, how do we change the way judges sentence these criminals? Simple. Remove them, teach them a lesson. Or better yet, teach about consent at schools. If that’s what we need to resort to, then let’s do it. We need to change the way society portrays these crimes and these individuals so these types of crimes are not viewed as acceptable. Because this is exactly what these judges are teaching by giving these sentences.

These crimes will continue to happen, another student will get probation, no jail time, or a slap on the wrist for doing the unthinkable to these individuals. If these crimes continue to happen it will be a function of rape culture, meaning society will normalize sexual assaults to the point that an unconscious woman or man is viewed as a sexual opportunity, not as a person who needs to be protected. As far as these men go, it’s easy to see how it’s male privilege. These men were not concerned about what they did. They knew they didn’t have consent and still went through with it. They did not believe that the person who was unconscious, who was unable to form a coherent sentence or was unaware of what was occurring, had consented to sex. They believed and continue to believe that they had the right to take what they wanted, and get it, and not get punished for it. Which is exactly what happened. With these light sentences, judges are affirming that belief.