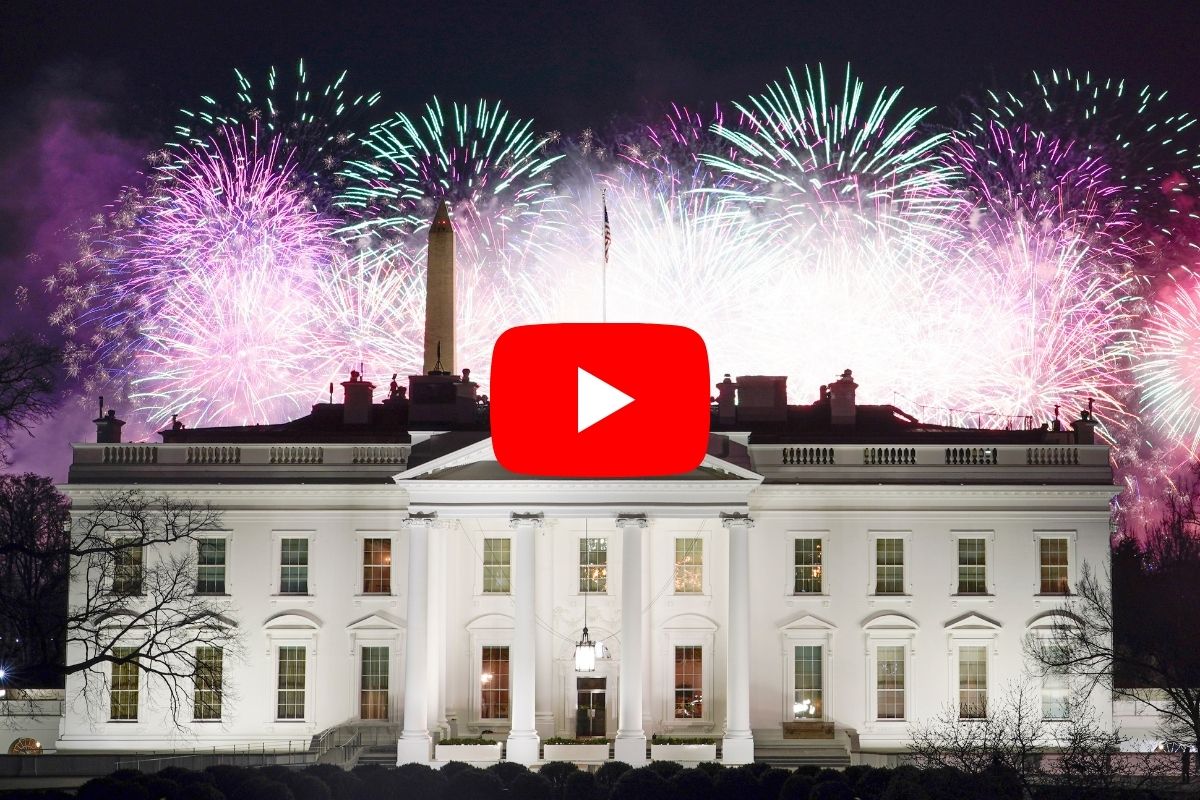 Nothing was typical about Joe Biden’s presidential inauguration. As the Coronavirus pandemic rages on ? and the Covid-19 vaccine rolls out slowly ? the festivities in Washington D.C. had to be safe and socially distant. This meant that on Wednesday night, there were no luxurious balls or parties. There was, however, a totally epic fireworks display.

On January 20, 2021, Joe Biden became the 46th president of the United States and Kamala Harris became the first female vice president. As always, the swearing-in ceremony took place in front of the U.S. Capitol building. After the violent events earlier this month, this resilient setting became the backdrop for patriotic performances by Lady Gaga, who sang the national anthem, Jennifer Lopez, and Garth Brooks. The 23-year-old inaugural poet Amanda Gorman’s poem “The Hill We Climb” was a nuanced and impressive ode to healing and rising above the painful challenges we’re currently facing as a nation.

But this was a moment to be enjoyed virtually. The National Mall was not packed with political supporters waving flags, excited to catch a glimpse of the next president. A “Field of Flags” was set up in their place, fluttering silently through the day and night. Most lawmakers also could not attend in order to cut back on the crowd. Former presidents Barack Obama, Bill Clinton, and George W. Bush were there, along with their wives Michelle Obama, Hillary Clinton, and Laura Bush. Ranking members of the Senate leadership, including Bernie Sanders and his now-famous mittens, were also present along with a select few representatives like House Speaker Nancy Pelosi.

But it’s after the formal ceremony that the fun really begins on Inauguration Day. In the place of balls, Celebrating America aired on prime time: a TV special hosted by none other than Tom Hanks. As you can imagine, the live event featured performances from many of America’s favorites. Rather than over-the-top, the production was understated and emotional. Bruce Springsteen played acoustic guitar on the steps of the Lincoln Memorial. Before him, the Reflecting Pool of the National Mall ? so eerily empty ? twinkled with lights in honor of those hundreds of thousands of Americans who have recently died of Covid-19.

John Legend also performed at the Lincoln steps, playing “Feeling Good” on the piano. But it was Katy Perry who truly brought down the house with her grand finale, “Firework,” set to the absolute largest aerial display that any of us have ever seen.

Following a heart-warming rendition of “Lovely Day” by Demi Lovato, which fully utilized the virtual capacity of this surreal time, Katy Perry emerged before the Lincoln Memorial in a full white cape and reminded us exactly what “Firework” is really about. Perry’s feel-good radio hit came out more than ten years ago but last night was perhaps the first time she absolutely rocked it. As the camera panned down the National Mall to the Washington Monument, a small smattering of fireworks began igniting… followed by an all-out colorful explosion that continued until the air was pure pigment. President Joe Biden and First Lady Jill Biden were visible watching from the balcony of the white house, clearly delighted by the colossal display.

Fireworks Over the National Mall

Fireworks over the National Mall to close out Inauguration Day. pic.twitter.com/r6lLGntzoE

Vice President Kamala Harris and her husband Doug Emhoff also appeared, standing before the Lincoln statue and gazing up gratefully. It was a powerful sight considering all the face masks and strict precautions. The fireworks continued to amass until the sky behind the sturdy white Washington Monument literally flamed. It was as if the air had caught fire set to Katy Perry’s distinct “Boom, boom, boom.”

There was something supremely American about watching these vibrant explosives alight for more than five minutes straight. (The display continued even after the close of Perry’s song.) After such a tough year, with so few chances for celebration, the physical enormity of the Washington D.C. fireworks felt like an answer to what might be enjoyed by Americans, so far across the nation.