She withstood criticism and sang for him at the inauguration, but now, 16-year-old singer Jackie Evancho is speaking out against President Donald Trump over his decision Wednesday to rescind Barack Obama’s progressive legislation that gave transgender students the right to use the bathroom that corresponds with their gender identities.

Evancho has a transgender sister, Juliet. The singer tweeted her displeasure of the President’s decision, saying, “I am obviously disappointed in the @POTUS decision to send the #transgender bathroom issue to the states to decide. #sisterlove.”

I am obviously disappointed in the @POTUS decision to send the #transgender bathroom issue to the states to decide. #sisterlove

She followed up her initial tweet with another one asking Trump to meet with her and sister about transgender rights: “Pls give me & my sis the honor 2 meet with u 2 talk #transgender rghts.”

. @realDonaldTrump u gave me the honor 2 sing at your inauguration. Pls give me & my sis the honor 2 meet with u 2 talk #transgender rghts ❤

When Evancho sang the national anthem at the inauguration, Juliet was not there. She was going undergoing gender reassignment surgery in Philadelphia.

Evancho was criticized by trans activists because of the incoming administration’s views on LGBTQ rights. However, during and even after the campaign, Trump indicated multiple times that he would protect LGBTQ and transgender rights.

RELATED: Comedian Colin Mochrie reveals something about his daughter on Twitter

Juliet, 18, is currently suing her Pittsburgh school district over its decision to stop students from using the bathroom that corresponds to their gender identity, according to Page Six. 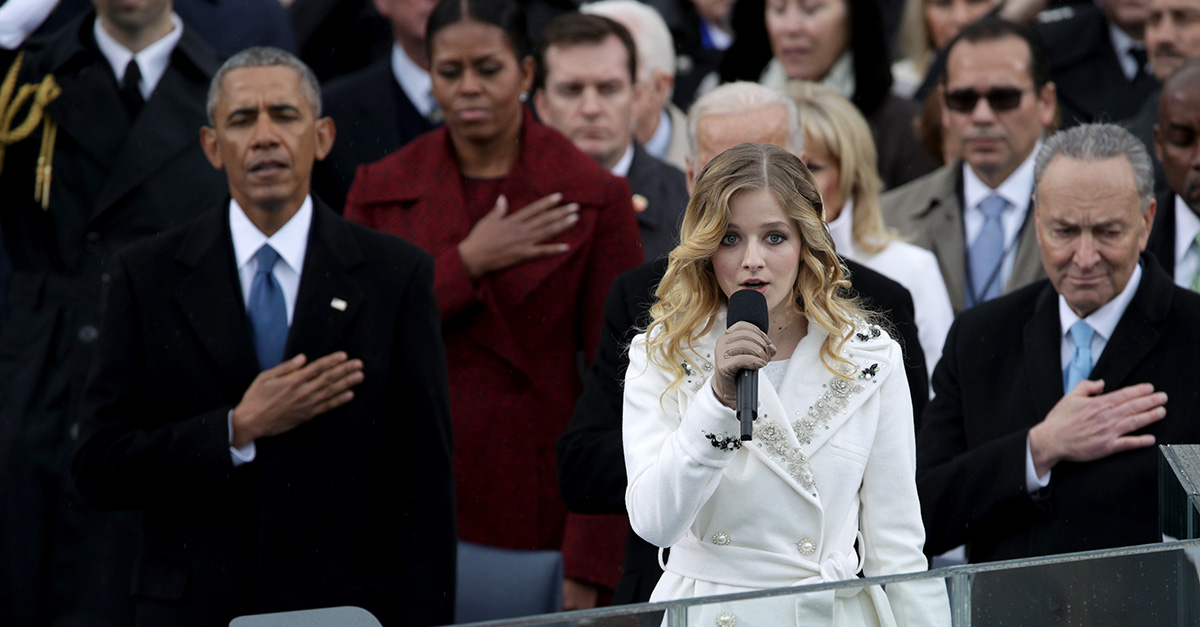