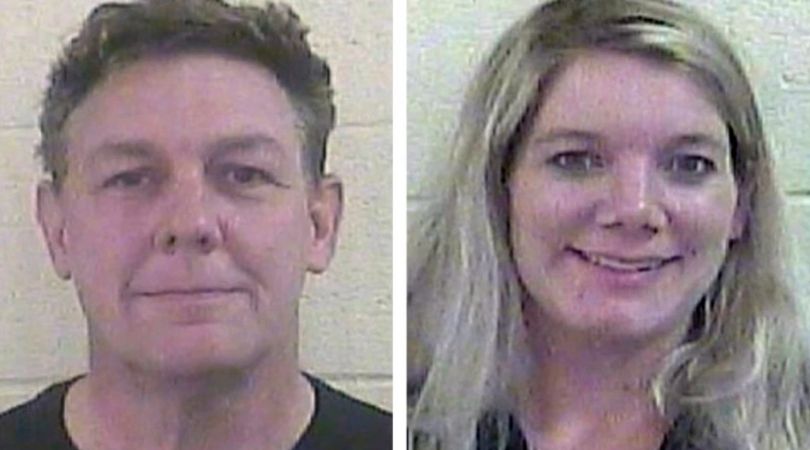 An Indiana dentist and his wife accused of locking their child in a cage will not serve any prison time. According to authorities, Aime and Alan Friz are accused of locking their daughter inside a cage at night where she sleeps, and possibly at other times as well. Court documents stated the terrible parents withheld food, water, and other sanitary facilities from her.

Unfortunately, the charges were dismissed, except two counts of neglect of a dependent on the conviction changed from Level 6 felonies to a Class A misdemeanor. The couple was then sentenced to two years of probation. The couple was originally arrested back in October 2017.

Couple accused of locking their daughter in a cage without food avoid prison https://t.co/HVlL4RV40s

Authorities had responded to their Dubois County home on a report that a juvenile was out of control. Along with the prosecutor’s office, authorities interviewed the girl. Police then received a search warrant for the family home and found a closet area of a bedroom that was converted into a large lockable cage.

The Indiana couple originally was scheduled to be tried in Dubois County, but argued they “wouldn’t get a fair trial there.” The case was moved to Crawford County. Authorities stated the couple’s first year of probation will need to be surprised, and the remaining time will be unsupervised probation. Dubois Circuit Court Judge Nathan Verkamp accepted the couples plea agreement which will require them to “accept some level of responsibility for their actions and will require the [couple] to be supervised for a period of time.”

By the look they have on their mugshot, these psycho’s definitely don’t regret anything. I bet they don’t even see how messed up this is. Why lock a defenseless child inside a cage like an animal? That’s your kid! Disgusting.